Bubba Pollard wins Masters of the Pros 125 at Memphis 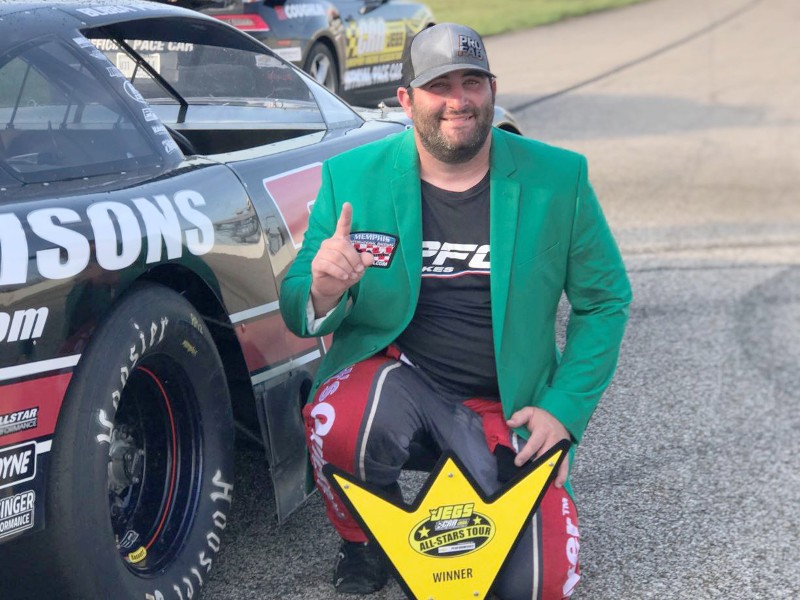 MILLINGTON, Tenn. - Bubba Pollard arrived early Sunday morning at Tennessee’s Memphis International Raceway, and turned that trip into a win in the JEGS/CRA All Stars Tour Masters of the Pros 125.

After being rained out at an event at Pensacola, Florida, Pollard made the trip to compete in Sunday’s Pro Late Model event at Memphis’ 0.75-mile tri-oval.

The result was a $10,000 victory and a second straight Green Jacket for the Masters win for the Senoia, Georgia racer.

Pollard started the day by setting a new track record in qualifying to snag the pole. From there, he took control of the race on the drop of the green flag, pacing the event for the first 42 laps.

As the race settled in, Brian Campbell would inherit the lead on lap 43. He would stay on point until surrendering the top spot on lap 75 when issues arose on Campbell’s car.

Willie Allen then assumed the lead, and would work to hold off the charging Pollard.

With 12 laps to go, Pollard retook the lead from Allen, and led the rest of the way to capture the win.

“Track position and being in clean air was critical and being in traffic with too much air pressure made the car difficult to drive,” Pollard said. “Some of my guys couldn’t make it here, but it shows the dedication and what you can do with a good group of crew members.”

Allen finished in second, with Carson Hocevar in third, Jake Garcia in fourth and Sammy Smith in fifth.