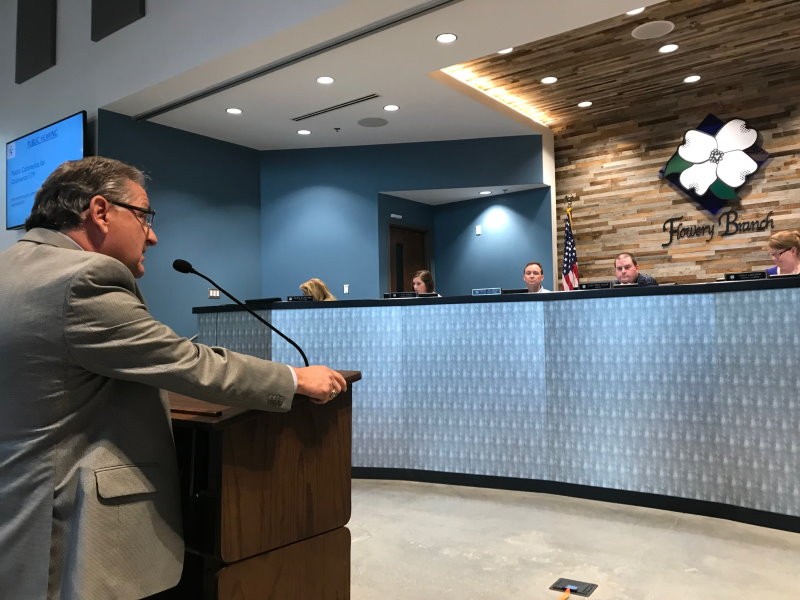 A church looking to relocate to a new facility on McEver Road received first reading approval for its rezoning request from the Flowery Branch City Council Thursday.

McEver Road United Methodist Church officials said the church has outgrown its current facility in Oakwood and is looking to move to a new building on just over 11 acres of land at the intersection of McEver Road and Gainesville Street. The request was first head by the council on June 27 but was tabled with council members saying more time was needed to review the area surrounding the property.

The city council voted 3-1 to approve the first reading of the rezoning, with councilman Ed Asbridge voting against the ordinance and councilwoman Leslie Jarchow abstaining herself from the vote. Asbridge said he felt the city needed to focus on bringing more commercial development to the McEver Road corridor.

"All the residents in that area, especially the subdivisions, are very underserved," Asbridge said. "There's only one restaurant there that I can tell, there are no grocery stores, no drug stores."

Flowery Branch City Staff recommended denial of the request prior to the council's vote, with City Planning Director Rich Atkinson saying the city should look to use the area as a commercial corridor. Two residents spoke against the request at Thursday's public hearing, also citing a lack of commercial development in the area.

Councilman Joe Anglin made the motion to approve the rezoning. He said despite the church not being a commercial development, he felt it would be a benefit to the surrounding community.

McEver Road United Methodist Church currently operates at a facility near Whiting Drive in Oakwood. Church officials say they have agreed to sell that facility to a local non-profit organization, but will be able to use the building until a new facility is built.

The church will need a second reading of the rezoning to be approved at the city council's next meeting.