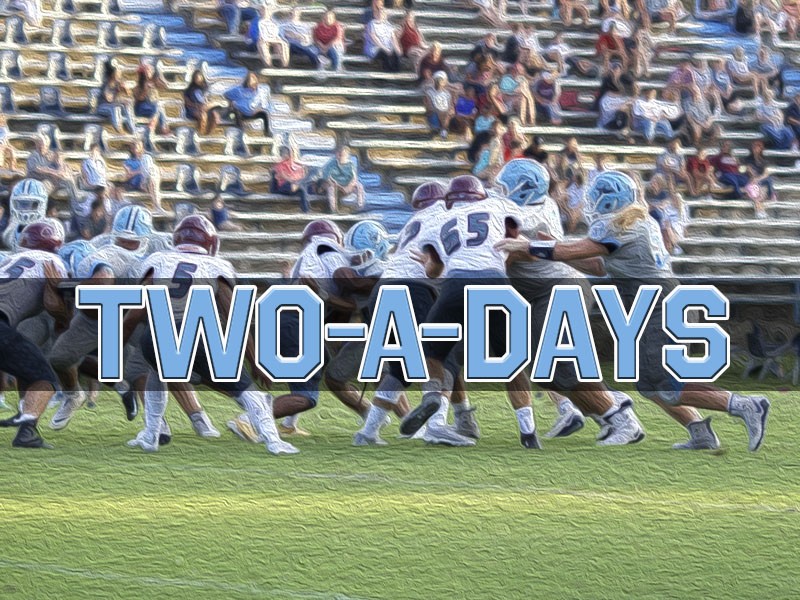 There are just 32 days remaining until the kickoff of the 2018 high school football season. But make no mistake, preparations for the upcoming campaign got underway months ago in weight rooms, sandpits and practice fields throughout the state. And teams throughout northeast Georgia are in full countdown mode.

Over the next week, AccessWDUN's Friday Game Night will continue to get you prepped for the start of gridiron action with responses from coaches throughout northeast Georgia. (Teams run in alphabetical order)...

The Knights are coming off their best season since 2012 but also are sporting a new coach in former Chestatee head coach Stan Luttrell. And, they lost several key offensive players, including quarterback Sam Corbett.

Luttrell, who also is a weightlifting aficionado, said pumping up the Knights program is priority No. 1, especially along both lines of scrimmage.

QUESTION: Coach, you’re familiar with building program’s into consistent playoff teams. What challenges are you finding as you try and get the Knights back to prominence?

Q: You are having to rebuild the lines of scrimmage on both sides of the ball. Who are some guys you see stepping forward by the beginning of the season?

A: As you know, I believe that games are won and lost on the line of scrimmage. We have several guys who are going to have to step up for us to play winning football. Brayden Carr, Gabe Quinton, and Vashon Johnson are all seniors who must step up and lead the line of scrimmage on both sides of the ball. Darrion Thompson, Frankie Almendariz, and Allen Gutierrez are underclassmen with limited experience that must grow up quickly. There are several other guys who battling daily to be included in this discussion.