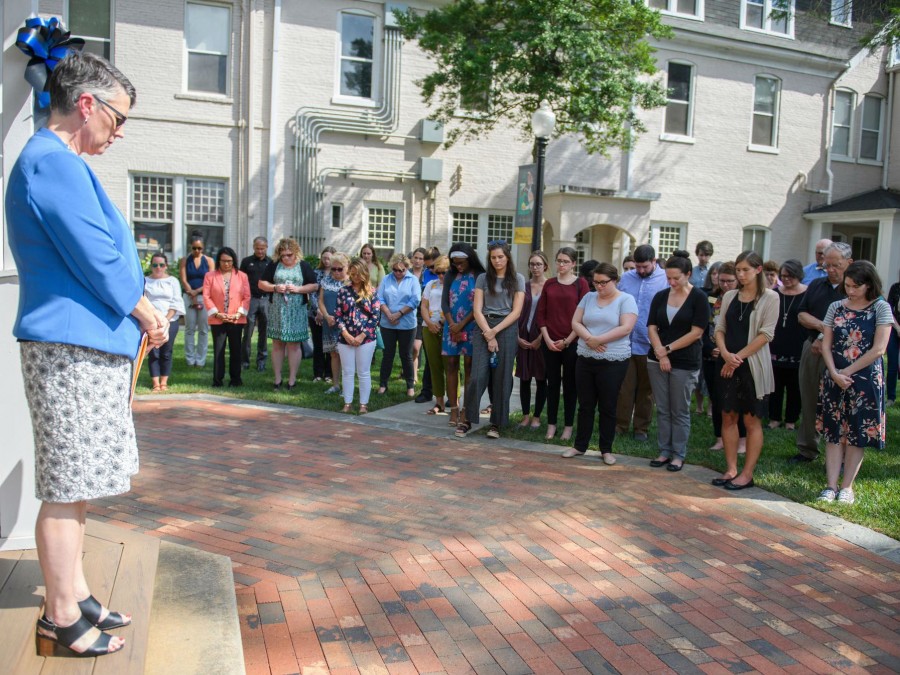 Brenau University was among the businesses, schools and other groups - along with thousands of individuals - who paused Thursday to remember a Hall County sheriff's deputy who died in the line of duty Sunday night.

President Anne A. Skleder held a moment of silence and reflection in honor of  Nicolas Blane Dixon, whose funeral was on Thursday.

The 28-year-old husband and a father of two young boys was shot and killed during a foot chase with four 17-year-old burglary suspects.

A posting on a Brenau Facebook page reads "Our Brenau family sends its heartfelt condolences to Dixon’s family and friends."