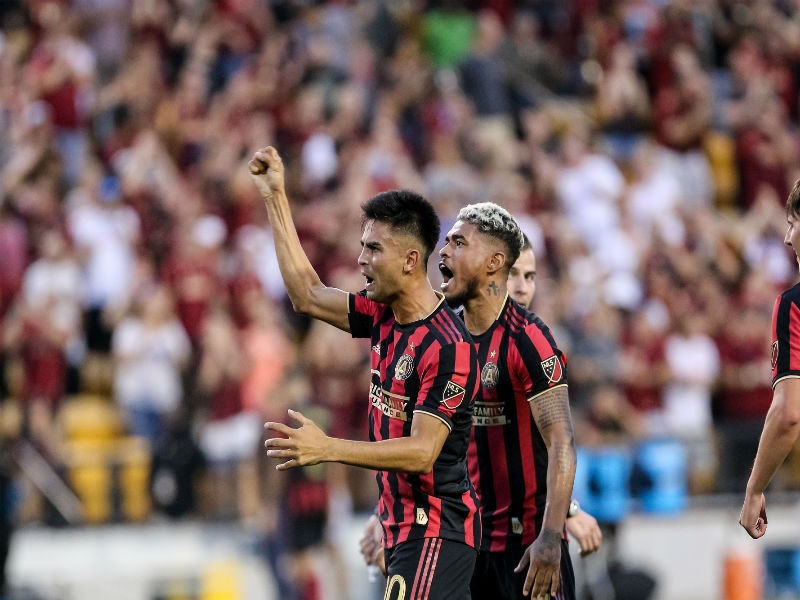 Pity Martinez and Josef Martínez each scored in the second half to send Atlanta to the next round where it will face Orlando City. The draw to determine the date and location of the semifinals will take place tomorrow, Thursday, July 11.

Atlanta produced several scoring chances in a dominant first half that saw it hold 73% possession. Pity Martinez had a shot in the fifth minute saved after being played into the box by Justin Meram. In the 10th minute Josef Martínez played Pity into the box again, but his shot curled just to the outside of the left post.

Pity Martinez finally found the opening goal in the 52nd minute. Meram passed to Josef Martínez where he attempted to play Meram back down the left side, but the ball was intercepted in Saint Louis’ 18-yard box. In his first match with Atlanta United, Emerson Hyndman stole the ball and quickly found Pity Martinez in the center of the box where the Argentine beautifully curled a left-footed shot into the top-right corner.

Hyndman nearly doubled Atlanta’s lead when he had a header creep just over the crossbar in the 76th minute after a cross from Meram from the left side. Less than a minute later Eric Remedi had a shot from outside the box saved by a diving Tomás Gómez.

Atlanta sealed the win in stoppage time when Dion Pereira was brought down in the penalty area. Josef Martínez buried the spot kick into the top-left corner for his first goal of the tournament. 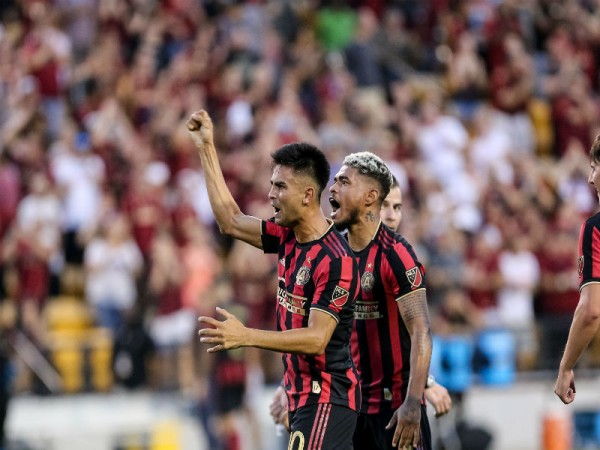 United looks to get back on track against nemesis Red Bulls
Atlanta United returns to action Sunday afternoon when it hosts New York Red Bulls at Mercedes-Benz Stadium...
By AccessWDUN Staff