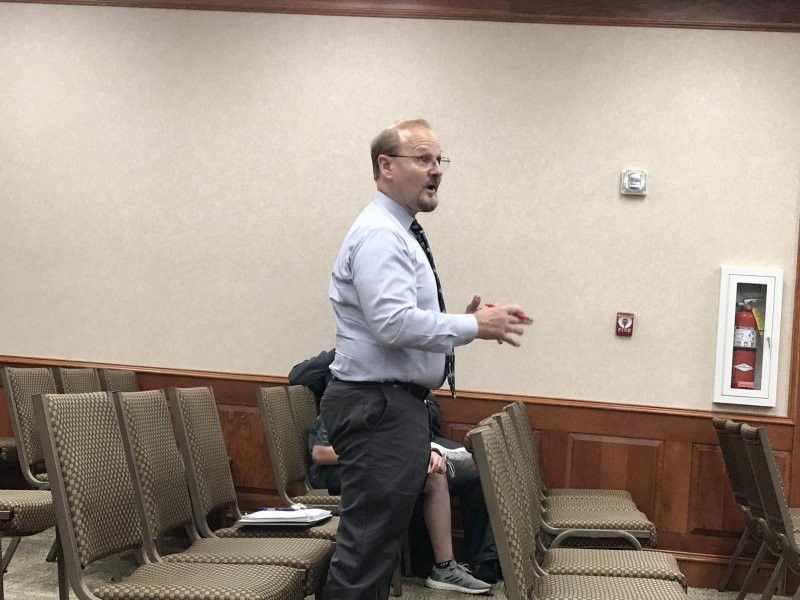 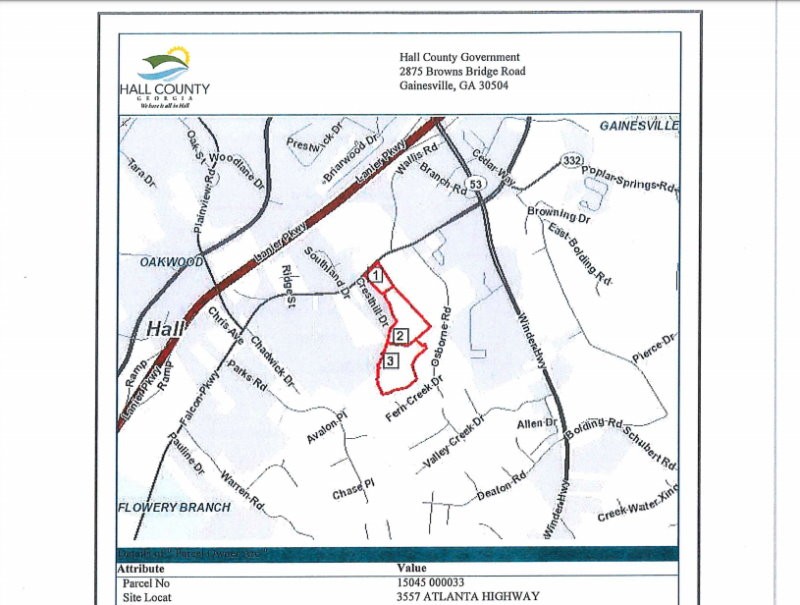 Oakwood City Council voted to table a request from a developer seeking to annex and rezone over 36 acres on Atlanta Highway and Osborne Road.

McKinley Homes LLC wanted to rezone three parcels, one at 3557 Atlanta Highway, and two others on Atlanta Highway and Osborne Road, in between the Dollar General and Christ Place Church. They applied with the minimum requirements, which was 800 square feet per unit for 188 one bedroom units with one car garages.

"Our three minimum residential requirement for heated square feet space for a dwelling is 800 square feet and that was in their proposal. [Monday] night, they noted that they wanted to update that minimum heated square footage to 1400 square feet," said B.R. White, Community Development Director for the city. The representatives from the developer presented to the council the homes would still have one car garages and would be priced around $200,000.

Opposing comments came from Osborne Road neighbor Denise Jordan, who also spoke on behalf of her mother, with concerns about traffic, the proposed one car garages and current construction on Osborne Road. Another neighbor to the properties told council his plat didn’t match the development plan, to which the city attorney encouraged him to speak with the developer.

The request will come up again on August 12. Council members Dwight Wood made the motion to table the plan and Pat Jones seconded.

Meanwhile, council approved several other things on the list for public hearing, including the first reading to unite two parcels on 3525 Browning Drive and 0 Poplar Springs from Hall County “Agricultural Residential” and H-B “Highway Business” to Oakwood C-2 “Highway Business,” adding a requirement for fencing and trees as a buffer at the concerns of a neighbor who adjoined part of the property.