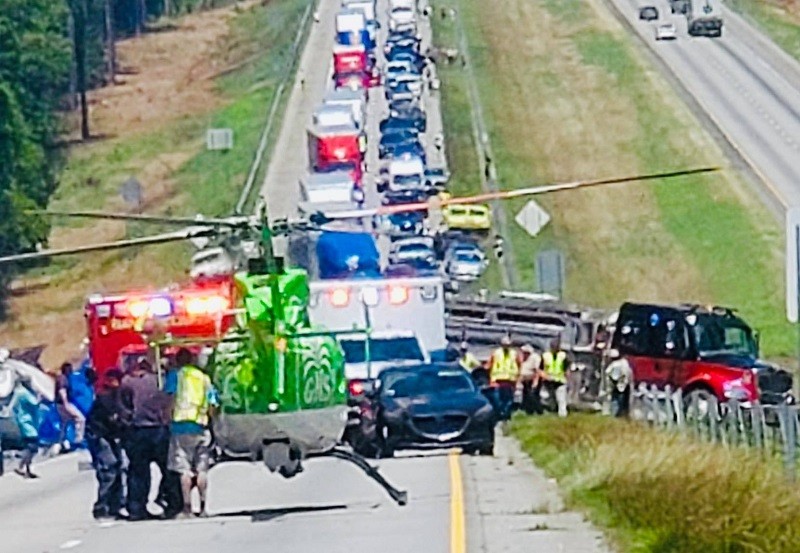 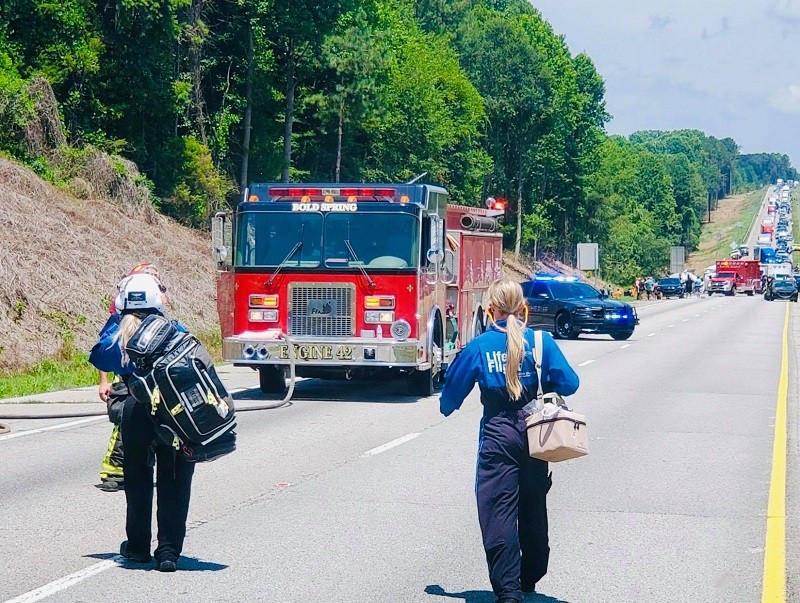 Four of the seven victims who died in Saturday’s crash on Interstate 85 in Franklin County are from Hall County.

The wreck happened shortly after 1:30 p.m. on I-85 south of Carnesville when a Ford Excursion crossed the median and struck two other vehicles, including a Chevrolet work van that was traveling in the left southbound lane.

The Hall County victims were traveling southbound in the Chevrolet work van.

Those killed in the northbound Ford Excursion include Chris Years, 33, Ashley Years, 34, and Luna years, 3, all of Paulding County.

The three other children in the SUV, ages 3, 6 and 6, were transported to Greenville Memorial Pediatric Trauma Center in Greenville, S.C., where their conditions were not available Sunday afternoon.

Seven deaths are tragic in any instance, but even more heartbreaking given the relationships of the children involved in the wreck and the loss of the adults with whom they were traveling.

“There were four victims in the van, all adults,” OBarr said. “There was a total of six people in the SUV – two adults and four children. All six adults were pronounced on the scene. Two children were airlifted to Greenville; one of those passed. The two other children were taken by ground to [Piedmont] Athens Regional in Athens, then transferred from Athens to Greenville, pretty much from what I understand to be with the family and to have their injuries taken care of all in the same place.”

While a total of five vehicles were involved, all of the fatalities and injuries came from the Ford Excursion SUV and Chevrolet work van.

OBarr said all six adults died at the scene.

“There was a total of four people transported for treatment, one of those being a 3-year-old who succumbed to the injuries and passed away at Greenville,” OBarr said. “All the adults involved were pronounced on scene by me.”

The wreck took a toll on responders, but they worked together as a team to accomplish the work that had to be done, OBarr said.

“I don’t know in 25 years if I’ve seen anything as devastating to the individuals involved,” OBarr said. “It was beyond explanation, in my opinion.”

OBarr, who has worked in public safety in Franklin County for 25 years, said the magnitude of required response to a wreck like Saturday’s wouldn’t have been as taxing had it occurred in a larger area with career responders, let alone a county that depends heavily on community volunteers.

Even so, OBarr said Saturday’s response was professional and went smoothly considering its severity.

“In a community our size when you’re already limited on resources, you’re limited on full-time staff and you’re depending a lot on the volunteer base, I cannot compliment enough the public safety in this county,” OBarr said. “As tragic and horrific as the scene was, everybody worked together. Everybody did what needed to be done. Everybody talked and came up with a plan and formulated what was going to happen, when it was going to happen and I can’t brag on the first responders – fire, EMS, law enforcement all together as one, and in my opinion that’s what we are, we’re all one team. I can’t say enough about this.”

Due to the scope of the incident, OBarr received help from other coroner’s offices.

“Franklin County Coroner’s Office, with assistance from Hart County and Madison County Coroner’s Offices, worked throughout the night and following day to identify and contact the decedents families,” OBarr said. “Our hearts, thoughts and prayers go out to all the families affected by this tragic event and in their upcoming days.”