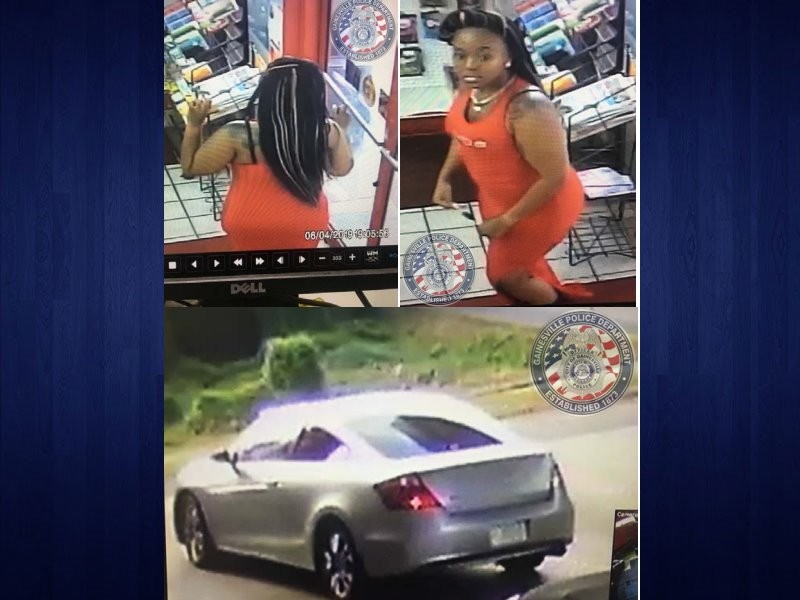 A woman accused of robbing or attempting to rob two wireless stores in Hall County has been apprehended in Chambers County, Alabama.

Gainesville Police Cpl. Jessica Van said they were notified Monday that Mychaela Darnell Jackson, 24, of Pike Road, Ala., was in custody in Chambers County, Ala.

Van said they were able to identify Jackson as the suspect in one of the Hall County crimes after officers from other jurisdictions, specifically in Coweta County and Lannett, Ala., helped them make positive identification.

"Coweta County Sheriff's Office reached out to our investigators saying this is the same female that we have, they have the same description, the same incident that just happened but not within that same time frame," said Van. "Ultimately they tied that to Lannett Police Department in Alabama. Same types of crime and jurisdictions between Georgia and Alabama."

Just before 7:30 p.m. on June 4, Jackson allegedly entered the Metro PCS store on Atlanta Highway and demanded the store's cashier place cell phones in a bag, according to Van. When Jackson went outside, Van said the cashier quickly locked the door behind her and called 911.

"Once officers got there, the suspect was no longer on scene, but when they spoke with the employee, the victim, she said her life was threatened by this female subject if she did not provide cellphones from the store," said Van.

Van said the woman fled when the cashier called 911.

A short time later, the woman was involved in a theft at Cricket Wireless in Oakwood, shortly after the incident on Atlanta Highway. Sgt. Todd Templeton with the Oakwood Police Department said no one was threatened in the Oakwood incident, but Jackson apparently took two phones while the store clerk was distracted.

Jackson faces one count each of criminal attempt to commit robbery by intimidation and one count of terroristic threats in Gainesville. Oakwood investigators will charge Jackson with felony shoplifting, according to Templeton.