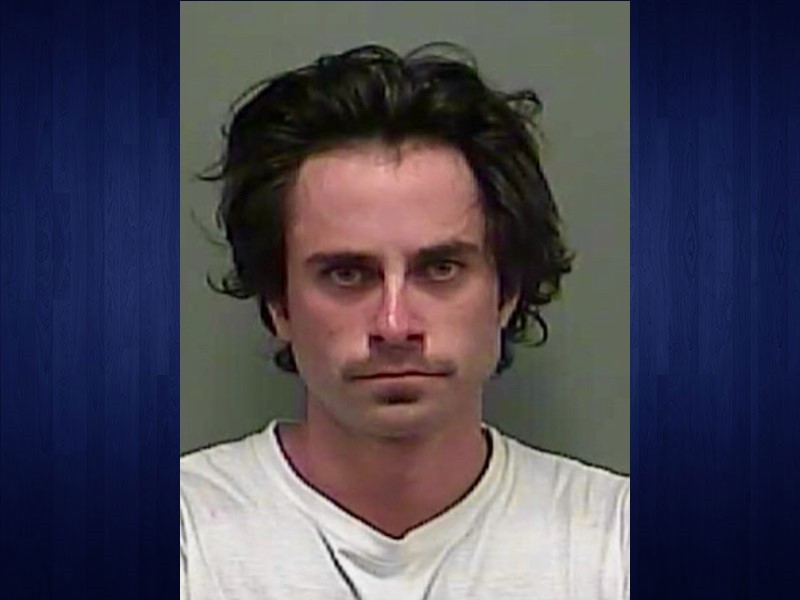 HELEN — A visitor who was arrested for using an expletive during last weekend’s import car show in Helen says police should have cited him rather than taking him to jail for cursing in public.

Morgan Christian Wilson, 26, of Charlotte, N.C., was arrested about 5:45 p.m.Thursday, after he allegedly used the f-word to complain to a social media audience after a Helen police officer cited him for having an open container of alcohol. The police captain observed Wilson consuming alcohol from a glass Corona Premier bottle and carrying additional alcohol on a public sidewalk, according to the officer’s report.

Initially, the officer was issuing a citation only for the open container violation.

While Wilson questioned the officer for charging him and allegedly tried to talk him out of that citation, claiming he didn’t know the open container law, according to the police report, a subsequent charge, disorderly conduct, is what gained attention for Wilson.

During the time the first citation was being issued, Wilson had begun livestreaming on social media.

“Wilson was becoming more agitated,” the police report states. “He then proceeded to use vulgar language over the phone, yelling, ‘Well, this just [expletive] sucks’, in a manner which families with young children on the outside dining area of the La Cabana could hear and were watching the incident.”

Wilson has claimed he should have been cited and sent on his way rather than incarcerated for an extended time.

“We’re a tourist town,” Stephens said. “We want everybody to come up and have a good time, but we want you to also be respectful of everyone else. Dropping the f-bomb in front of children – I guess I’m one of the few who still considers that to be a bad move. So, the officer decided at that time he was already writing one citation for open container. Now, he was going to write another citation that the gentleman should be arrested for that and brought in and made to make a bond and then be released.”

Stephens said it is the officer’s discretion and the arresting officer felt he should make the physical arrest upon issuing the second citation.

“In the state of Georgia, the police officer has the discretion to ticket or make a physical arrest,” Stephens said. “This officer chose to make the arrest.”

The officer transported Wilson to Helen Police Department and later to the White County Detention Center in Cleveland.

Stephens said it appears Wilson was in town to attend the car show rather than a show organizer or anyone affiliated with its planning.

“I will say this,” Stephens said. “The show itself, we did not deal with anybody to my knowledge that was connected to the show. The show came in, they set up, they had their vendors and it went off without any incidents. The ones that we dealt with were the ones that followed the show.”