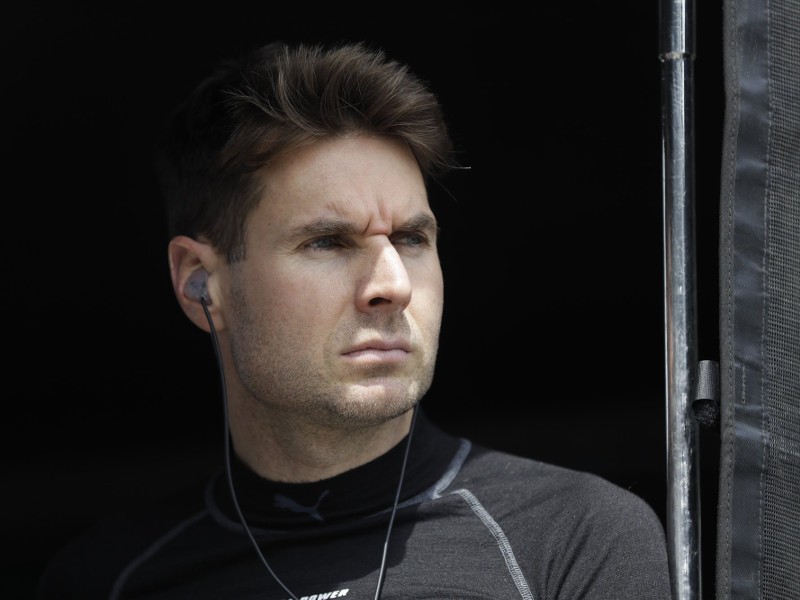 Will Power, of Australia, watches from his pit box during practice for the Indianapolis 500 IndyCar auto race at Indianapolis Motor Speedway, Tuesday, May 14, 2019, in Indianapolis. (AP Photo/Darron Cummings) 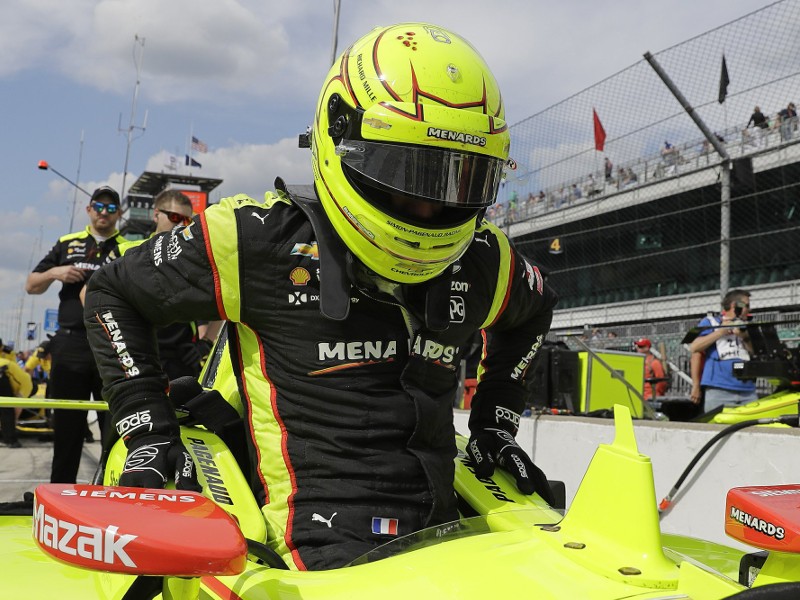 INDIANAPOLIS (AP) — Will Power and Simon Pagenaud put Team Penske atop the speed chart on the first day of practice for the Indianapolis 500 and immediately parked their Chevrolets.

An intimidating message to their rivals?

"I mean, it was not planned at all, we were not even thinking about speeds or anything, it just happened," Power said.

IndyCar split seven hours of track time Tuesday into three sessions, and Ed Carpenter and Helio Castroneves quickly topped 228 mph in the first 30 minutes. That was the most eventful action until the final two hours, when the Penske drivers both bettered the mark of 229.618 mph that won Carpenter the Indy 500 pole last year.

Power, the defending Indy 500 winner, went 229.745. Pagenaud, winner of the Grand Prix on the improvised Indy road course last Saturday, went 229.703. The Penske team returned to the garage after posting the two fastest laps in a statement-making session for the May 26 race.

Power joked he missed the old days at Indianapolis Motor Speedway when the fastest driver each day won a monetary prize.

"I risked all that for nothing," he said. "I didn't think about time, I was going out to get that money. Was going to take the team to dinner, man."

Colton Herta had the fastest lap for a Honda driver at 228.284 for fifth best, but the rookie spun with 38 minutes remaining in the day for the only caution not related to debris.

"Bit off a little more than I could chew," Herta said of his attempt to pick up additional speed as he left pit exit.

Oriol Servia late Monday became the 36th entrant in the race and raised the stakes for this weekend's qualifying. There are 33 available spots in the field and the slowest drivers will make one attempt Sunday to avoid missing the race. Because three drivers won't even make the field, each day of preparations is critical and opening day was not the best for McLaren's stand-alone effort as Fernando Alonso was 32nd on the speed chart.

McLaren has returned to Indy for the first time since the 1970s as its own team. Although it has a technical alliance with Carlin, McLaren's effort is largely independent as the team tries to get Alonso the final ring in his bid to win motorsports' version of the Triple Crown. The Spaniard's spirits remained high during an afternoon break when, clad in neon-green sunglasses and riding a scooter, he was mobbed by fans in the paddock and patiently signed autographs even though his lunch was waiting.

Kyle Kaiser in 21st for Juncos Racing was one of the surprises of the day as the team remains committed to qualifying for the 500 despite the loss of two of its main sponsors on the eve of opening day.

The team has a junior open-wheel Road To Indy program that won in two classes last weekend during the Indy Grand Prix, but sponsorship for Kaiser's attempt to make the big show evaporated at the 11th hour. Juncos Racing had a white car Tuesday and is actively trying to fill sponsorship space.

"I don't feel like my confidence is contingent on what the car says or what the car looks like," Kaiser said. "If that was the case, I would not be a very good driver in letting my driving depend on what color the car was. So I go out there, I do my job, I drive the car as fast as I can go and I let the business end take care of itself.

"If we qualify for the race, will be in the race."