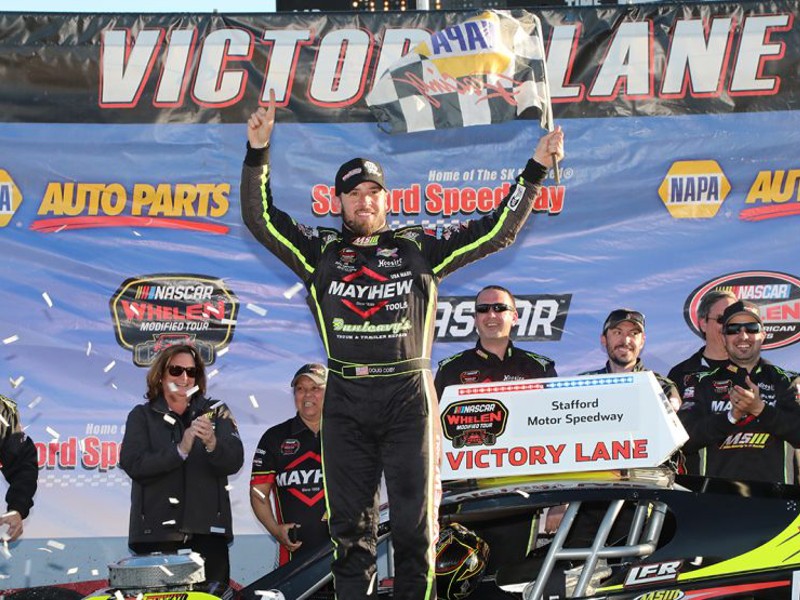 In the end, it was the veteran Coby who made the winning move – diving under Lutz with just over 10 laps remaining – and then fending off the fierce challenge in the closing laps to return to Victory Lane in the iconic event that’s earned the moniker, “The Greatest Race in the History of Spring.”

It was Coby’s 26th career win on the tour and his 12th at Stafford. His first career win came in the 2006 Spring Sizzler, Stafford’s iconic early-season event. He also won the race in 2012 and 2016.

“This is the race everybody wants to win,” said Coby. “That was the hardest I’ve ever drove a race car, to hold off Craig. I just kept drive harder and driving harder.”

“This is what you dream about,” Lutz said. “He’s obviously one of the best here. To be able to run with him for the last 10 laps was run. This was probably the most disappointing second-place I’ve had, because I feld like all day we had a really good car.”

It was the third career runner-up finish in 56 career starts for the Miller Place, New York, driver — including one in last year’s NAPA Fall Final at Stafford.

With Coby’s second win in four races in 2019, the five-time tour champion has opened a 17-point lead on second-place Patrick Emerling and 20 over Silk. Blewett and defending tour champion Bonsignore are fourth and fifth, respectively.

The NASCAR Whelen Modified Tour will be back on with the Jersey Shore 150 at Wall Stadium Speedway on Saturday, May 18.