Cornelia Municipal Building crumbles to give way to progress 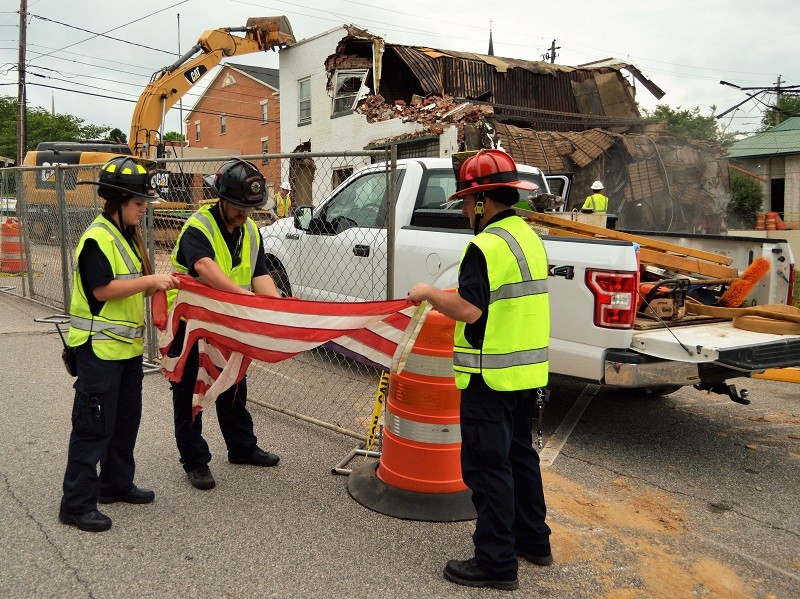 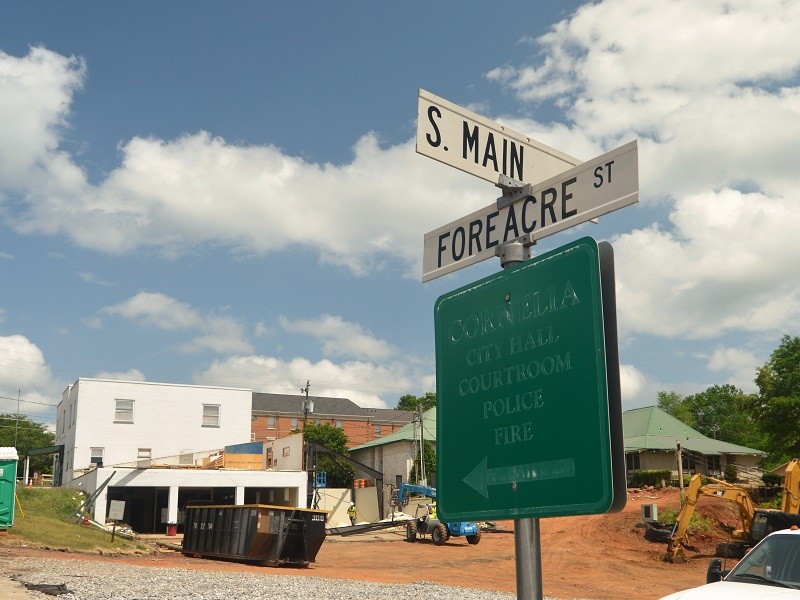 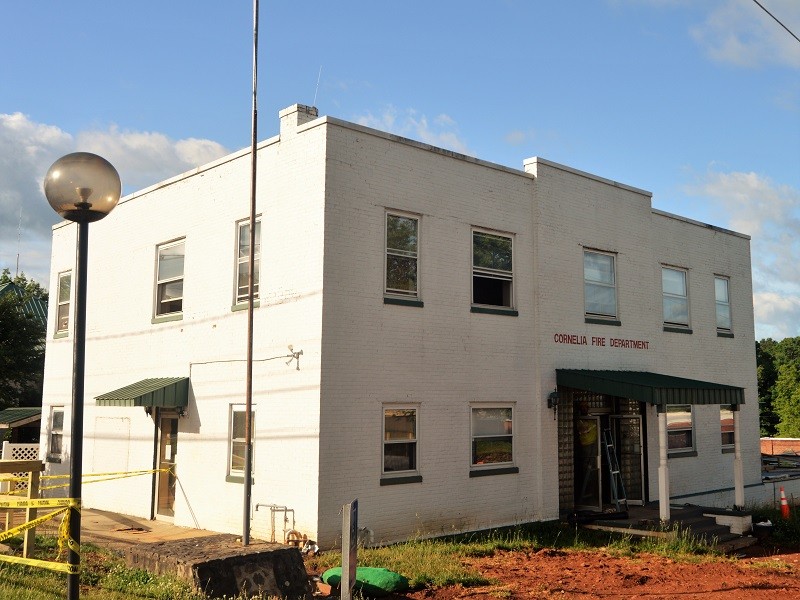 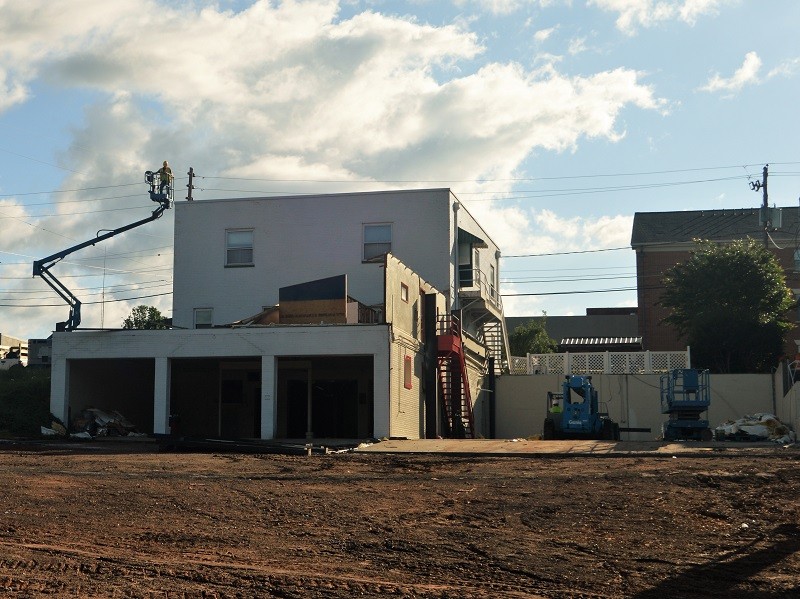 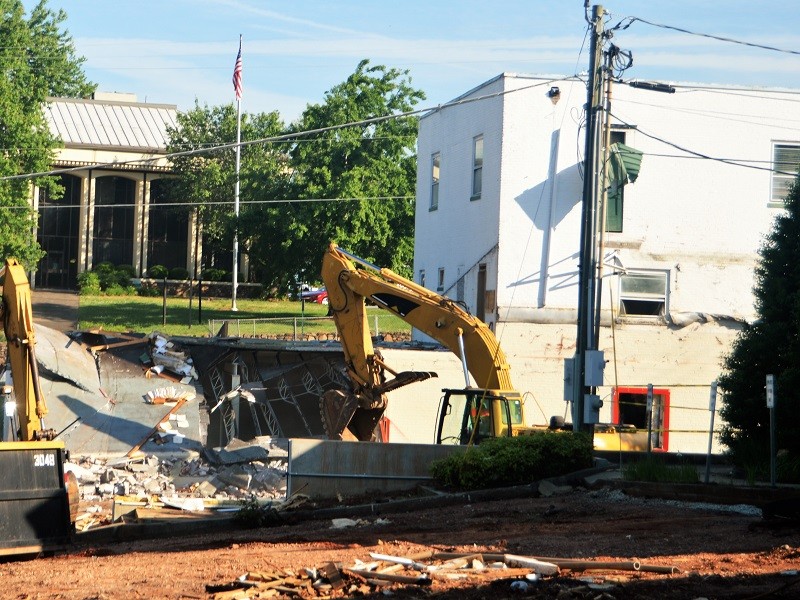 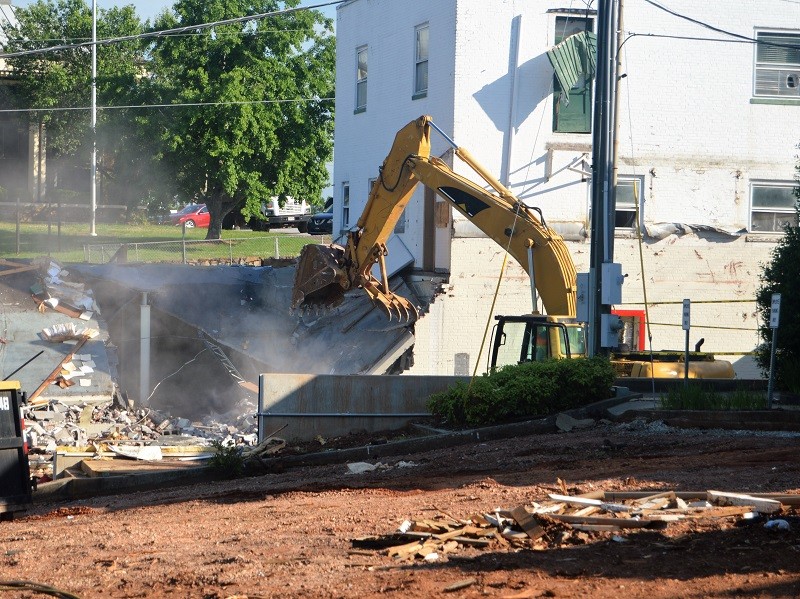 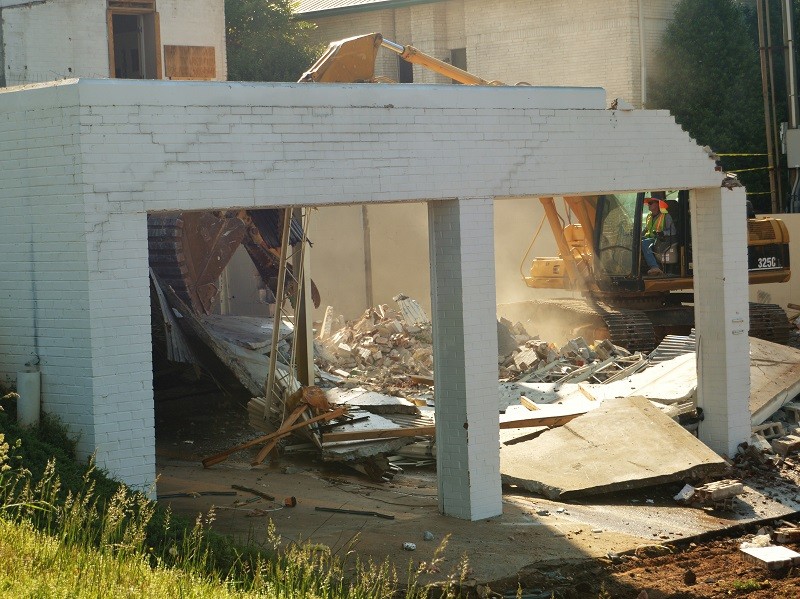 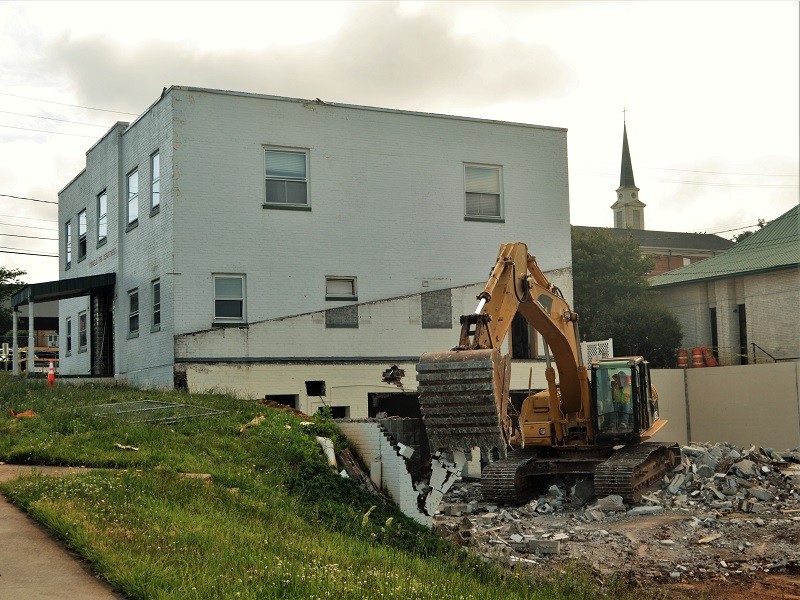 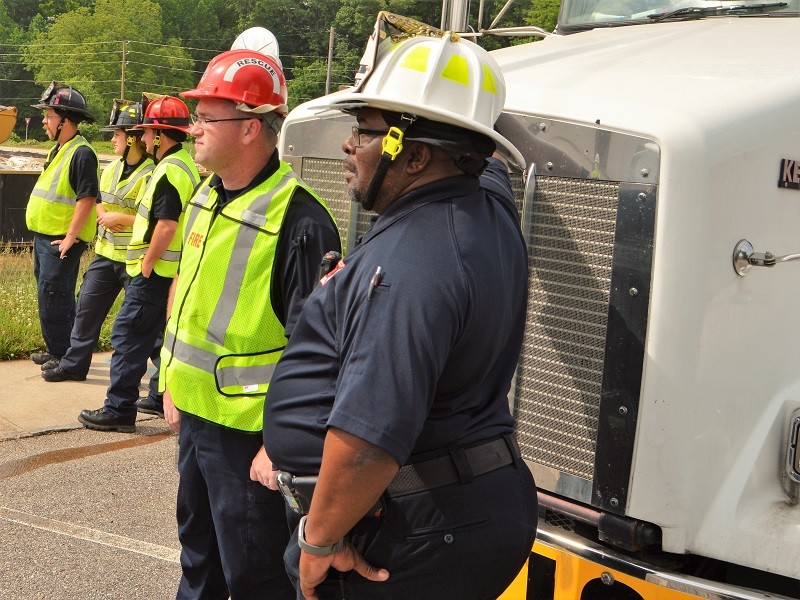 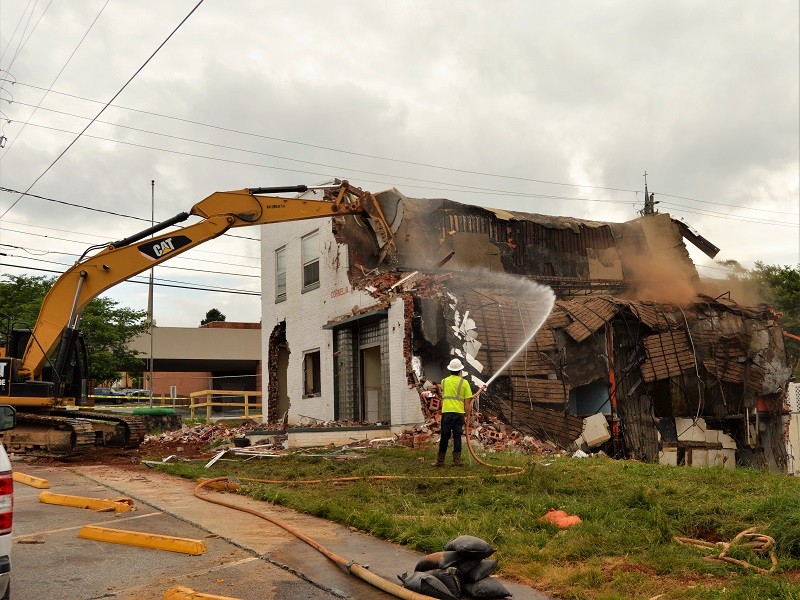 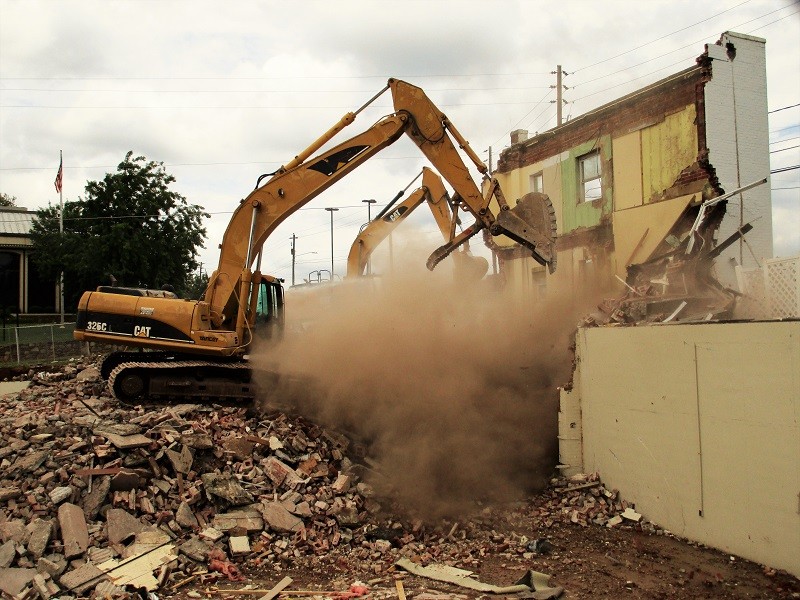 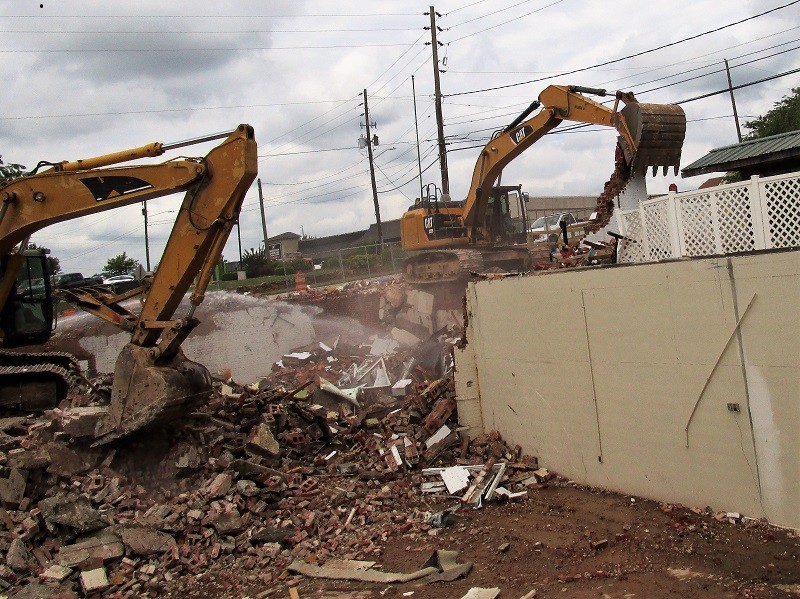 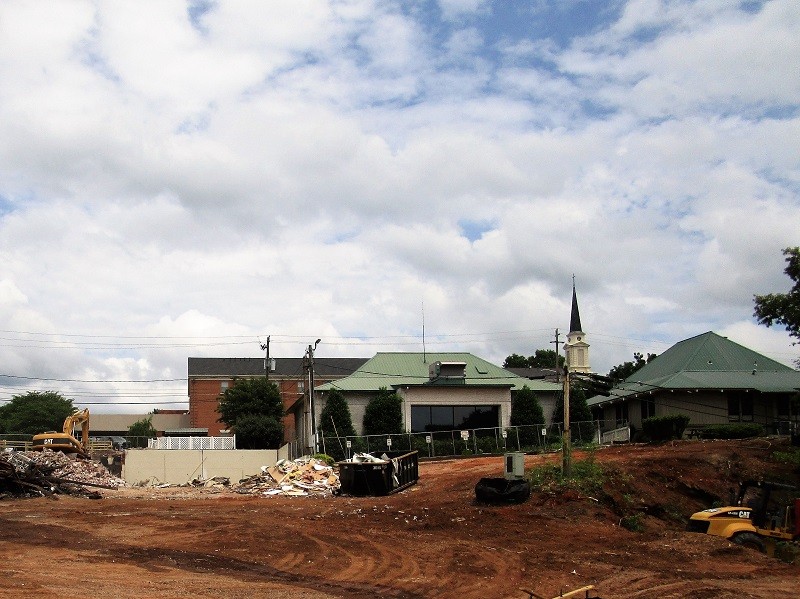 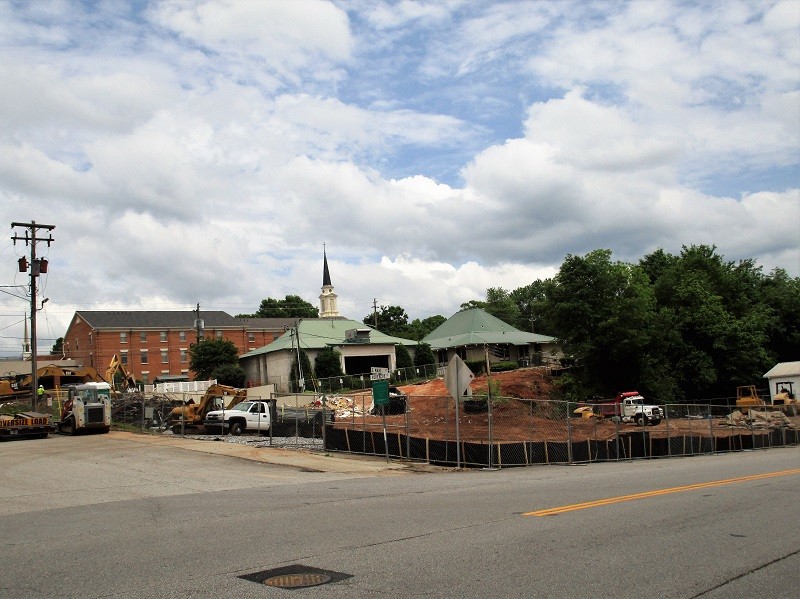 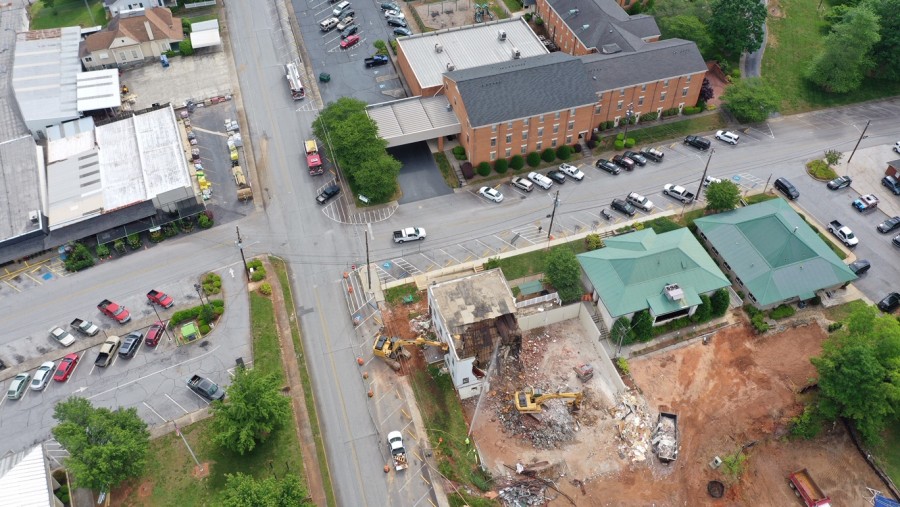 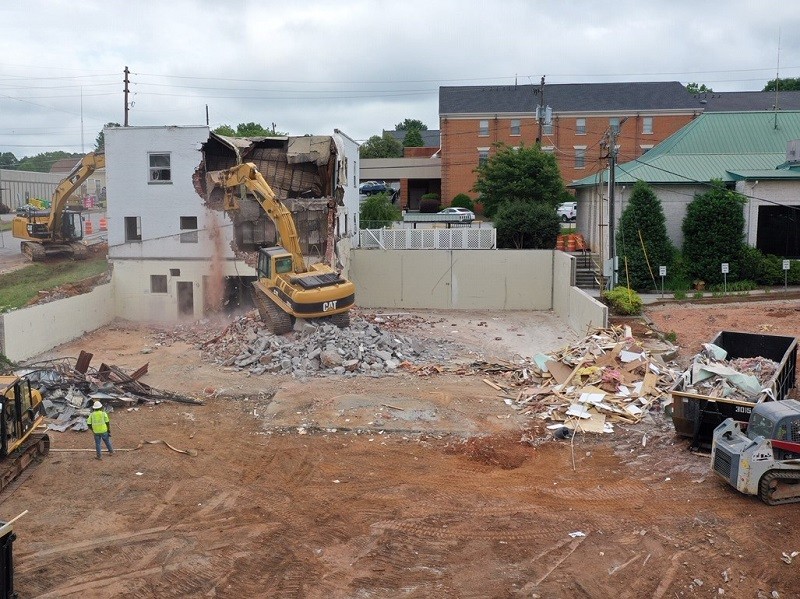 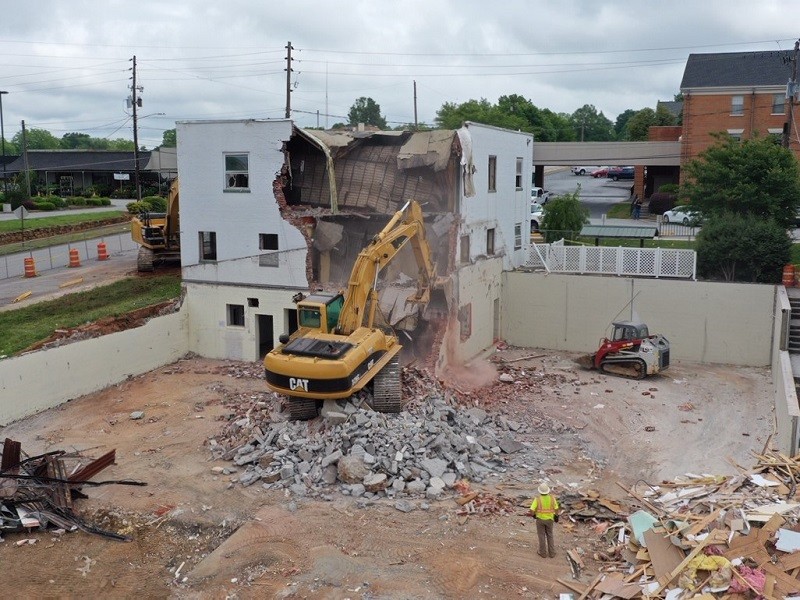 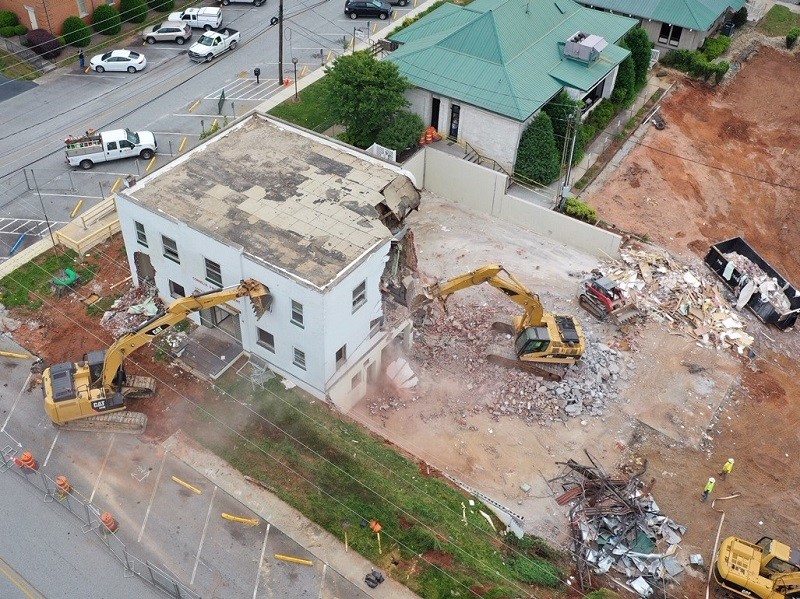 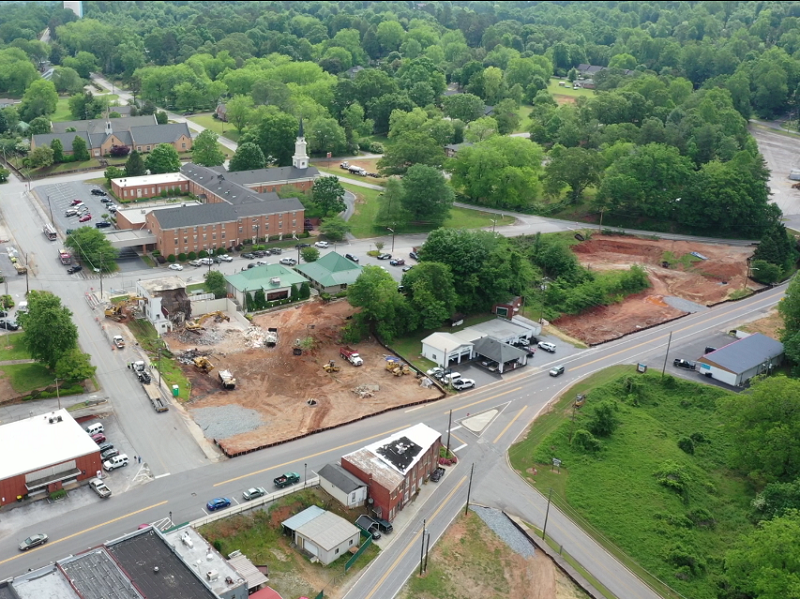 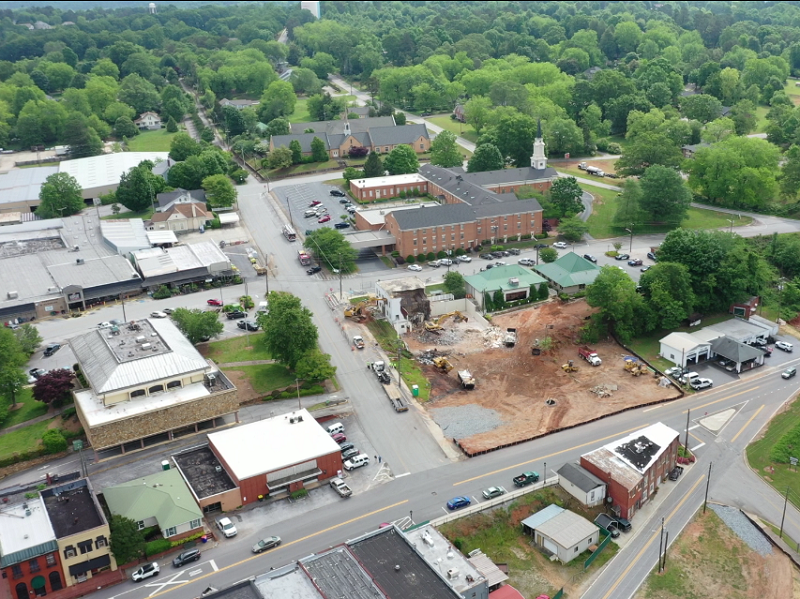 CORNELIA — Brick and mortar walls may crumble to the ground, but those who worked in the Cornelia Municipal Building over the past seven decades say memories will last a lifetime.

The 70-year-old building, located at the corner of Foreacre Street and South Main Street in downtown Cornelia, has been demolished to make way for a modern city hall/police department building.

“I can tell you it was built in 1949,” said Cornelia City Manager Donald Anderson. “When it was built, it was everything. It was the Municipal Building. It housed city hall, police, fire, public works.”

Additionally, the Cornelia Library was housed in the building in its early years.

“That tells you how much the city has grown in 70 years that all the employees fit in one building at one time,” Anderson said. “It even had a jail in it at one time is my understanding, so there is a lot of history.”

“You hate to lose history, but we’ve salvaged as much as we can,” Anderson said. “We’ve taken the plaque off the wall and we’ve got historical pictures and in the new building we will have all of that on display.”

Outside the building was a memorial to fallen Cornelia Firefighter Cale Thomason, who lost his life in the line of duty. That plaque also was saved for display at the new fire station planned farther down South Main Street.

Retired firefighters, as well as current and new ones, stopped by throughout the week of demolition to reminisce and catch one last look at the place where they spent a portion of their lives.

Huey Patterson Jr., who is one of those who stopped by to reflect, retired in 2013 as Cornelia’s assistant fire chief after many years of employment with the city. His father was a long-time policeman who also worked out the Cornelia Municipal Building.

As some of the city’s newest firefighters and fire officers watched the demolition Thursday, workers located a badly damaged American flag and entrusted it to those firefighters.

Anderson said the building’s history and stories are important to Cornelia’s heritage.

“At the same time, it’s progress and the building was so old it didn’t meet any kind of handicapperd requirements,” Anderson said. “Electrical, computer, nothing was thought of as far as that 70 years ago, so it was time for a change. If there was a way to salvage it, we could have. The contractor is actually working on a plan now to maybe salvage some of the bricks and incorporate those into the new building, so I think that will be pretty neat if they can do that.”

“We’re sad to see that go, but we’re excited for the future of Cornelia and what this means to the city,” Anderson said.