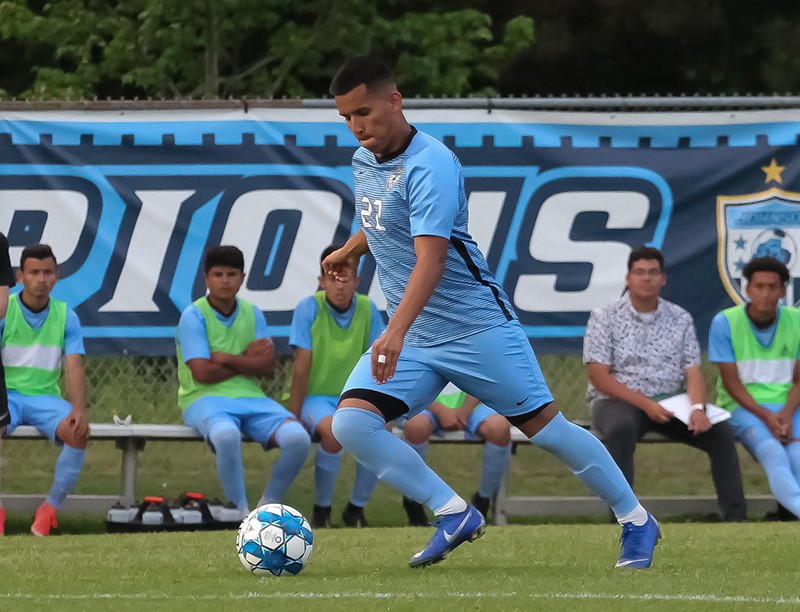 OAKWOOD — Despite scoring two second-half goals to fuel a 2-1 Johnson come-from-behind win over Fayette County in the quarterfinals of the Class 5A playoffs, Johnson senior Junior Arellano wore a look more of frustration than jubilation.

“We didn’t come out focused. The intensity just wasn’t there. We’re capable of so much more than what we showed tonight,” he said. “Each round gets tougher and we have to have more fire than we had. Somehow we pushed through it but we need to be better.”

Johnson next will face Region 3-5A champion Starr’s Mill in the semifinals on Tuesday in Fayetteville. The other semifinal will pit Region 3-5A teams McIntosh and Whitewater against each other.

Johnson coach Brian Shirley didn’t wear as big a veil of negativity as Arellano but acknowledged there is plenty to address before their semifinal showdown.

“We had some opportunities in the first half, they just didn’t go in,” Shirley said. “But we weren’t perfecting what we do in the first half. We did a better job of that in the second half. We definitely have some things to work on.

“But Fayette County is probably the best four-seed in the state so we knew it was going to be a tough match. The pressure is there every round to try and defend (the title) but really it’s more about focusing on what we do than anything else.”

The game-winner was a play born out of both opportunity and experience. Senior keeper Cooper Bowen, seeing the Tigers backline playing high, booted a goal kick over the defense and to an open Arellano, who beat Fayette County keeper Carter Ries one-on-one with a chip into the middle of the net in the 54th minute.

“We don’t practice it but I saw their guys playing up and I knew if I could get it to Junior he had the speed to do something with it,” Bowen said.

“We talked about that at halftime how they were playing high and we just said if we have a chance that we would try it. Cooper put it in the perfect spot,” Arellano said.

“Senior leadership is big at this point in the season and those guys did what you expect seniors to do,” Shirley said. “They recognized what we talked about and executed it.”

That play came just six minutes after Arellano and the Knights finally broke through a tough Tigers defense to knot the game at 1-1.

“The first (goal) was a wild play,” Arellano said. “The ball hit my stomach and dropped down to my right. I’m not right-footed but I was able to get it past him. That kind of got us going.”

Both teams had some early chances as they were probing the defenses. Johnson’s Alex Arellano found Junior Arellano open inside the box but his shot was blocked in the 4th minute. Two minutes later Junior Arellano, after a steal and pass from Rudy Orosco, missed on another shot from inside the box.

Moments later the Knights nearly got the opening score on a free kick from midfield when a high-arcing shot by Diego Chavez bounced over the head of a leaping Ries and hit the crossbar but did not go in and was cleared.

The Knights had more scoring chances in the 12th and 14th minutes but both times Ries was able to make the save.

The Tigers first real chance came in the 16th minute when Andy Hernandez found Owen Mikoy inside the Knights’ box but Chavez was able to block the low blast. Hernandez got open in the 21st minute but Bowen was able to thwart his shot from 10-yards out to keep it scoreless.

But Fayette County finally connected five minutes later. Hernandez controlled a feed off a steal in the midfield and found a streaking Mikoy on the right side, who drilled a low blast past Bowen for the 1-0 lead with 14:40 left in the half.

The Knights picked up the offensive pressure but only managed two real chances in the final five minutes of the half. Junior Arellano missed high in the 35th minute and they just missed tying the game with three minutes in the half when Alex Arellano’s one-timer off a long free kick by Chavez sailed high.

The Tigers had one last gasp as Mikoy found himself virtually one-on-one with Bowen in the final three minutes inside the box but Bowen was able to snare a low blast to preserve the lead and eventually the win.

“I didn’t worry about that,” Shirley said. “Cooper has been doing that for four years. I’ll bet on him every time in that situation.”

NOTES: Fayette County came in having won 7 straight and given up just 8 goals in that span while scoring 47 goals. ... the Tigers were having their best playoff run since 2005. They had lost seven straight playoff games going back to that season, which was the last time they had gotten out of the first round. ... The Knights are 10-0-1 in last 11 matches and have given up just 9 goals in that stretch ... Johnson still has not allowed more than 2 goals in any match this season. 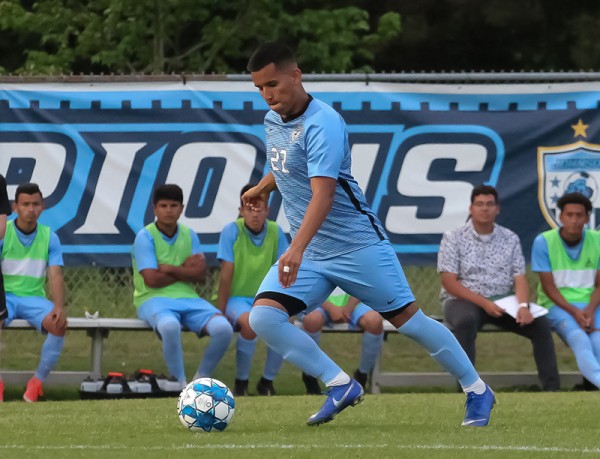 PLAYOFF SOCCER: Defending champs stave off Fayette upset bid
Despite scoring two second half goals to fuel a 2-1 Johnson come-from-behind win over Fayette County in the quarterfinals of the Class 5A playoffs, Johnson senior Junior Arellano wore a look more of frustration than jubilation... 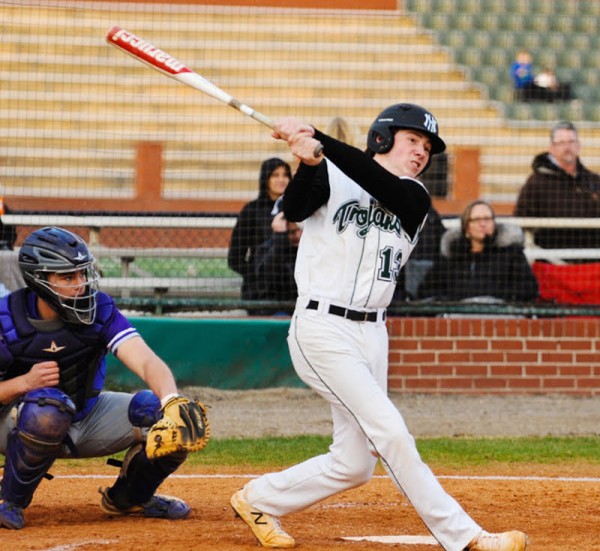 PLAYOFF BASEBALL: Buford, Commerce split; North Hall wins Game 1
The Buford baseball team used an Ola error in the fourth inning to propel them to a 3-1 win in Game 2 and force a decisive third game in the Class 5A quarterfinals on Thursday in McDonough. 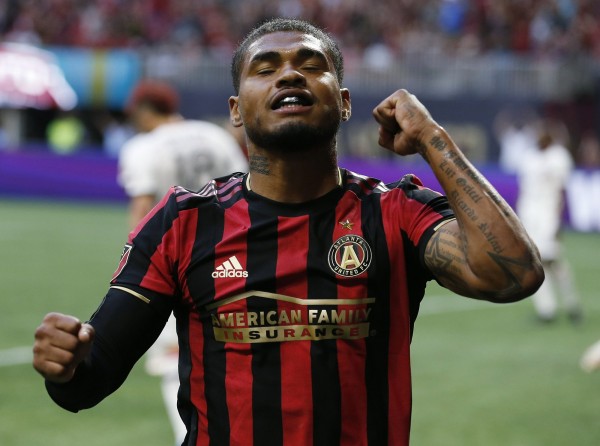 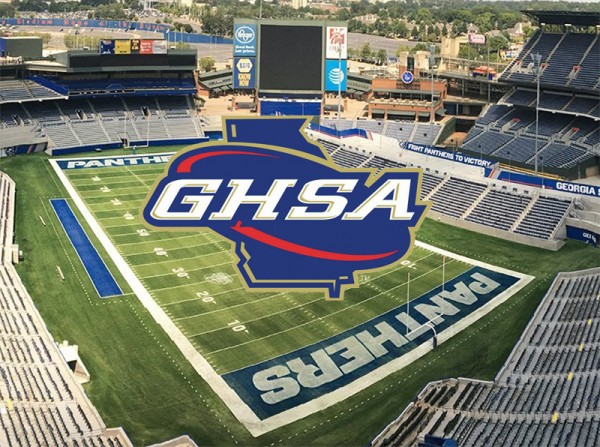 PLAYOFF SOCCER: Boys teams look to parley home field into Final 4 berths
Home-field advantage was valuable on Tuesday for two of the three northeast Georgia girls soccer teams that made the quarterfinal round. Now, the boys will see what they can do as the attention turns to them on Wednesday in the GHSA state playoffs.
By Jeff Hart 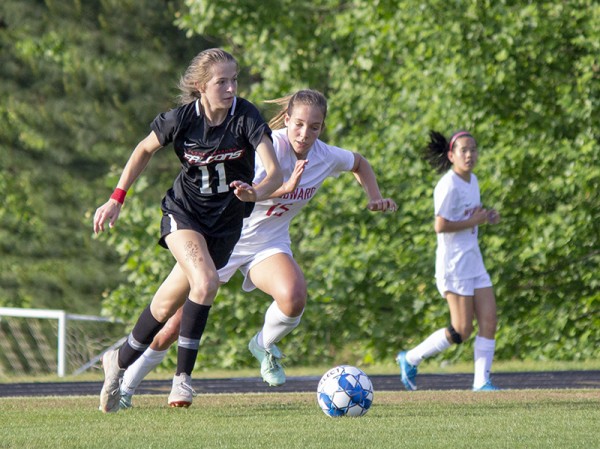 PLAYOFF SOCCER: Early blitz sends Lady Falcons into 3rd straight Final 4
After a nail-biting win in the second round of the Class 4A soccer playoffs last week, the Flowery Branch girls quickly made sure there would be no dramatics Tuesday in the quarterfinal round against Woodward Academy...
By Jeff Hart 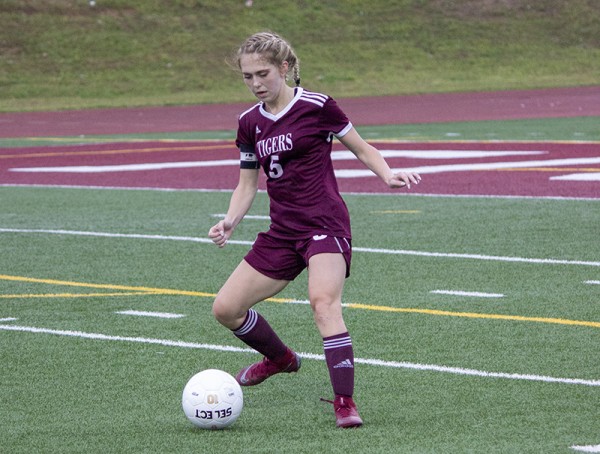