Georgia gas prices are holding steady compared to a week ago. Georgia drivers continue to pay an average of $2.72 per gallon for regular unleaded which is 18 cents less than the national average. That amounts to $40.80 for a full 15-gallon tank of gasoline. However, drivers are paying 11 cents more than this same time last month.

“High-drive seasons, such as, Memorial Day and July 4 are likely to see gasoline  prices increase at the pump,” said Montrae Waiters, spokesperson, AAA – The Auto Club Group.  “AAA forecasts the national average should peak at around $2.75.”

Follow this link to find the average in every Georgia county.

The national average price for regular unleaded gasoline is $2.895 per gallon, which is one cent more than last week, 19 cents more than a month ago, and eight cents more than a year ago. Switching to the more expensive summer blend gasoline, ongoing refinery maintenance, and healthy consumer demand are all contributing to the increase in pump prices across the country. With Memorial Day on the horizon, these factors are likely to continue playing a role in price increases, so American motorists should expect to see prices continue to ascend in the weeks ahead. The Energy Information Administration (EIA) released new data that showed total gasoline inventories increased by 1 million bbl last week to 226.7 million bbl. 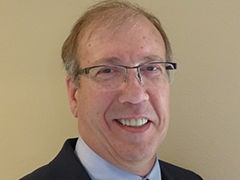 AAA: Georgia gas prices unchanged from last week
Gas prices in Georgia are holding steady compared to a week ago.
By AccessWDUN Staff