Gainesville March for Babies: the best turnout in years 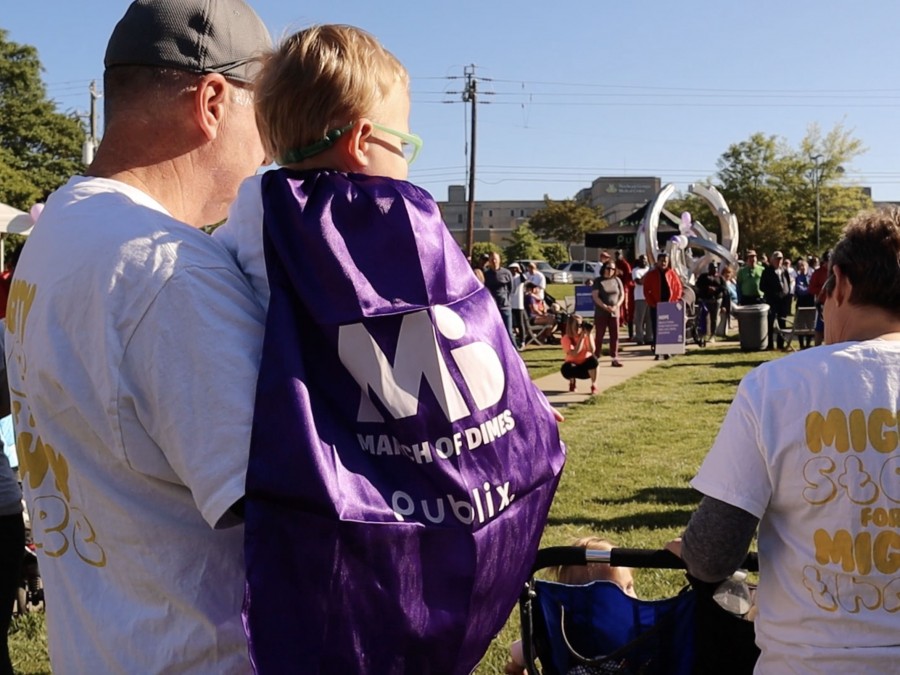 Max Burle is pictured wearing a March of Dimes cape. He is one of the heroes named ambassador for this year's march. Also named ambassadors were his brother Miller and sister Maggie (triplets).
Contact Editor

Hundreds of people showed up for this year’s Gainesville March for Babies held at Longstreet Clinic Saturday morning.

The goal for this year was to raise $100,000, but donations were still coming in the morning of the event. A total dollar figure will not be announced until sometime next week. The money is used to fight premature birth, birth defects and infant mortality.

Loren Funk with Longstreet Clinic spoke at the event. He said this year’s march was one of the biggest turnouts they have seen in a long time.

Each year the March of Dimes chooses a baby (or babies) who have done well and benefited from the organization’s research. This year there were 3 ambassadors - Max, Maggie and Miller Burle, triplets who were born 16 weeks early at 24.1 weeks.

Among the speakers on Saturday was a familiar face to the community, former Falcon running back Jerious Norwood. Norwood said this march means a lot to him personally, because when his son was born, he was premature.

“I’m here to stand for all prematurely born babies who can’t fight for themselves,” Norwood said. “This is what I stand for, this is who I am and this is what I do. I understand the true meaning of what this really means,” he said.

For more information on the Gainesville March for Babies, visit their website.