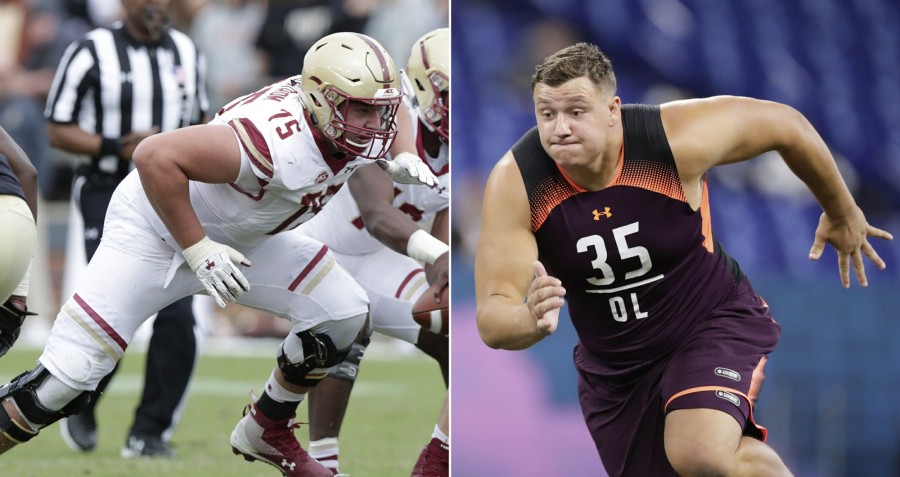 FLOWERY BRANCH — The Atlanta Falcons were looking to bulk up in the trenches after a disappointing season.

They stuck to that plan, even when one potential target after another was snatched up ahead of the 14th pick in the NFL draft.

In a bit of a surprise, the Falcons selected offensive guard Chris Lindstrom from Boston College with their first-round choice Thursday night, adding another piece to a line that needed a big upgrade to make sure star quarterback Matt Ryan didn't take another pounding in 2019.

The Falcons were thought to covet a wealth of stellar defensive linemen, but six of those players were gobbled up in the first 13 picks. Alabama offensive tackle Jonah Williams went to Cincinnati at No. 11, depriving Atlanta of another possible selection. When Clemson defensive tackle Christian Wilkins was grabbed by Miami just ahead of the Falcons' pick, the 6-foot-4, 310-pound Lindstrom became the choice.

He'll now be charged with protecting fellow Boston College alum Ryan, who was the Falcons' top pick in 2008.

"He's come up to speak with the team a few times," Lindstrom said. "He's a great ambassador for what it means to be a BC man. I'm thankful to be able to play with him."

Ryan will be looking for a lot better protection from the guys up front. He was sacked 42 times and took 108 hits, a career high.

Atlanta hasn't used a first-round pick on a projected offensive guard since Bill Fralic was chosen at No. 2 overall in 1985. Lindstrom joins a revamped offensive line that includes two other new guards, free agent signees James Carpenter and Jamon Brown.

Set at quarterback with former MVP Ryan and veteran backup Matt Schaub, the Falcons were hoping several teams ahead of them would go in that direction.

The Arizona Cardinals selected Oklahoma's Kyler Murray with the top overall pick, and Daniel Jones of Duke went to the New York Giants at No. 6.

But that was it.

After the Falcons selected Lindstrom, Ohio State quarterback Dwayne Haskins was scooped up by Washington at No. 15.

Atlanta had its highest spot in the draft since 2015, when the team was heading into its first season under coach Dan Quinn. On the heels of two straight playoff appearances, including a run to the Super Bowl during the 2016 season, the Falcons were ravaged by injuries and slipped to 7-9 a year ago.

Quinn fired all three coordinators in a shake-up that led to the head coach taking over the defensive play-calling duties.

Lindstrom watched the draft from his family's home in Massachusetts.

"It was just my immediate family until I got drafted," he said during a teleconference with Atlanta media. "It sounds like a lot of people just showed up." 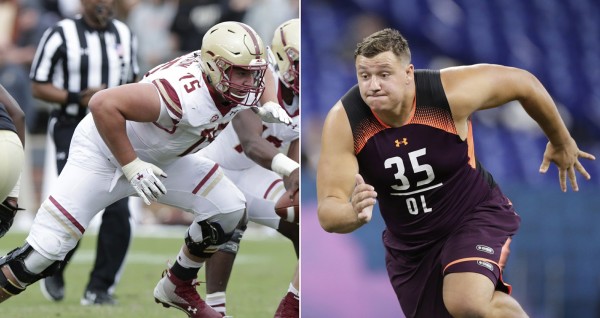 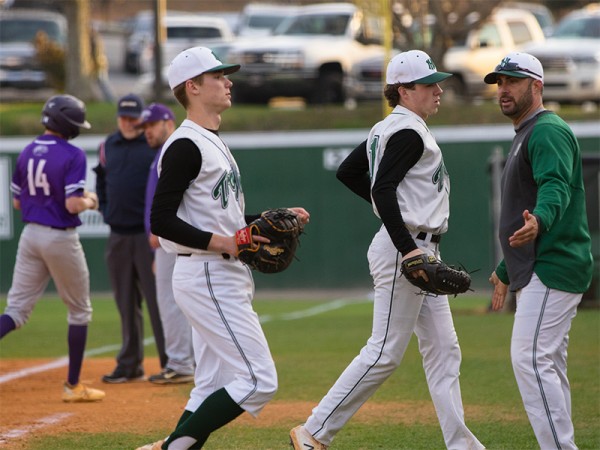 PLAYOFF WRAP: North Hall wins, Jefferson, Bluff fall in Game 3; Lady Falcons cruise in soccer opener
The first round of the GHSA baseball playoffs was completed Thursday for northeast Georgia area teams with a trio of potential Game 3 thrillers, all in Class 3A, and Commerce opening Class A Public with a huge statement. 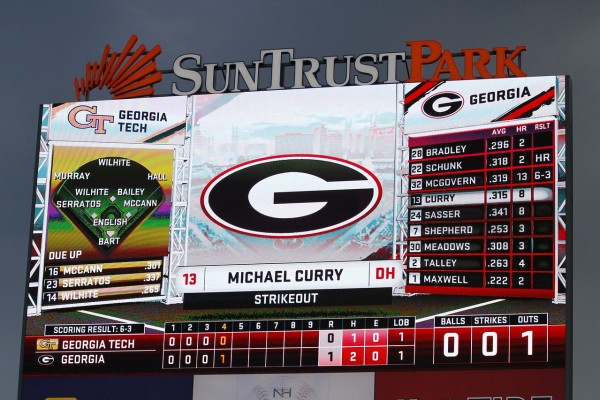