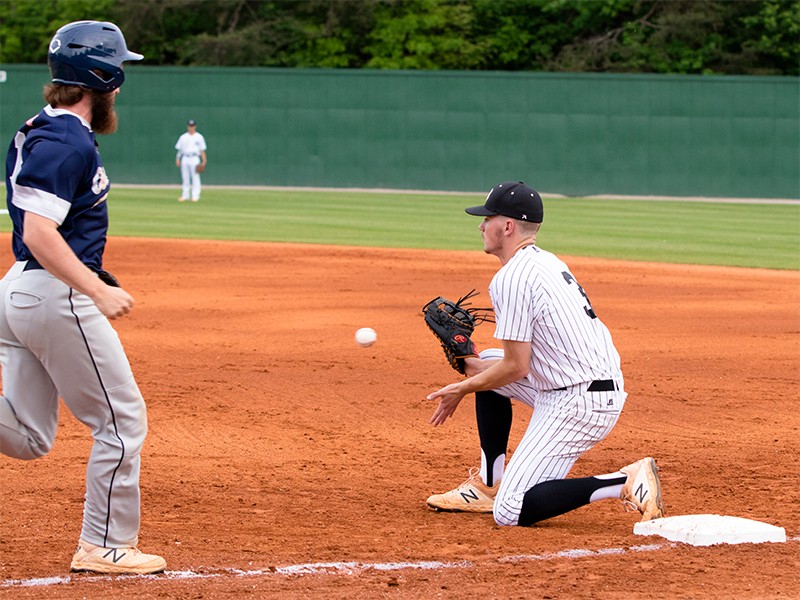 North Hall advanced to the second round of the Class 3A playoffs with a game-three win over Coahulla Creek Thursday.
Photo/Seth Chapman
Contact Editor

The first round of the GHSA baseball playoffs was completed Thursday for northeast Georgia area teams with a trio of potential Game 3 thrillers, all in Class 3A, and Commerce opening Class A Public with a huge statement.

Also, Class 6A, Class 4A, and Class 2A of the GHSA soccer playoffs began with several area girls teams in action.

And, a pair of northeast Georgia tennis teams advanced to the semifinals.

However, No. 1-ranked, and defending Class 4A state champion Jefferson was stunned in its Game 3 by Westminster, 5-4, in a game that saw the Dragons knocked out with the winning run on base in the seventh inning. Newcomer Cherokee Bluff won its first-ever playoff game on Wednesday to push No. 3 Ringgold to a Game 3 but the Bears were routed 16-1 in four innings as their first foray into the playoffs came to an end.

In first-round girls soccer action, third-ranked Flowery Branch hammered Gilmer 10-0 while fellow Region 7-4A foe White County fell 1-0 to Heritage-Catoosa in Class 4A. The Habersham Central girls lost a 2-1 heartbreaker in overtime to Alexander on the road in Class 6A.

In Class 2A girls action, Union County whipped Temple 8-0 while Rabun County was knocked out in a 12-2 loss to Lamar County.