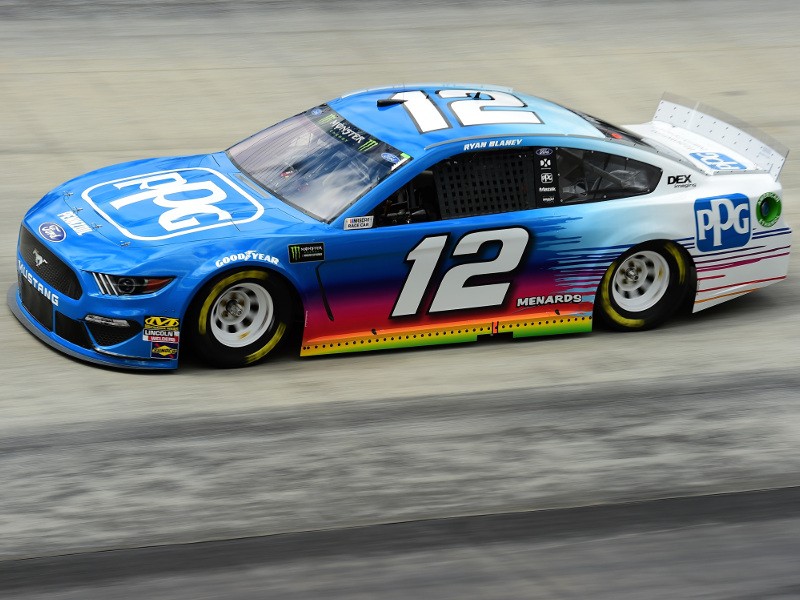 The speed has been present nearly every race. There is no disputing that, as Ryan Blaney has had a fast car capable of contending in all seven Monster Energy NASCAR Cup Series races this season.

But while Blaney has had speed and led the third-most laps, that speed has not translated into winning. Instead, happenstance and miscues have contributed to what Blaney acknowledges has been a frustrating season heading into the Food City 500 on Sunday at Bristol Motor Speedway.

“There are moments you get frustrated at it,” Blaney said. “You just wish stuff would stop happening.

“The good thing is we’ve had speed all year. Honestly, I think we’ve had cars good enough to win almost every single one of them – at least have a shot at them.”

Blaney’s season began by crashing-out of the Daytona 500, a race he spent the majority of running up front before being collected in a multi-car accident with 10 laps remaining. Then came consecutive 22nd-place finishes at Atlanta Motor Speedway and Las Vegas Motor Speedway, where again Blaney’s No. 12 Team Penske Ford was among the fastest cars on the track but mistakes and luck prevented him from contending.

Pushing aside three races in a row where the results were not indicative of performance, Blaney rebounded by posting three consecutive top-five finishes. Everything seemed to be pointing upward.

Then came last week, when the gremlins that inflicted Blaney to start the season returned at Texas Motor Speedway. He was leading when his car began billowing smoke, later diagnosed as a parts failure that caused the water to leak out and caused the engine to blow. In a race where he led 45 laps, Blaney finished 37th.

It has just been that kind of season thus far for Blaney. He is third in laps led and only three other drivers have more top-five finishes, except those totals are offset by him having finished 22nd or worse in the other four Monster Energy NASCAR Cup Series races this season.

“We had that run there of really good finishes like we finished where we had been running,” Blaney said. “I wouldn’t say it’s relieving, but it was nice to finally actually not have anything go wrong in those races. And then, you look at last week leading the race and a part falls off and we end up blowing up. That part is frustrating.”

Amid what has been rollercoaster year, Blaney says he doesn’t let himself dwell on the lows for any considerable amount of time. He attempts to find solace in the number of times he’s been in contention and how well Team Penske has executed in 2019, with teammates Brad Keselowski and Joey Logano having combined for three wins already this season. Joe Gibbs Racing drivers have won the other four races.

And as Blaney reminds himself, things could be worse. That Penske has had such speed gives the impression that his first victory of the season could occur any week. And all it takes is for one win to change the complexion of his season.

“When we have so much speed right now as a whole group, yeah, you want to capitalize on it,” Blaney said. “You want to rack (wins) up as much as you can as quick as you can when you can.

“But I’d rather have fast cars and things happening when we’re in contention to win races than be running 15th and wondering, scratching our heads where the speed is at. They’re both frustrating, but I’d rather be in this position and you just keep having fast cars and running up front.”

WDUN will carry live PRN radio coverage of the NASCAR race weekend at Bristol Motor Speedway starting on Saturday with the NASCAR Xfinity Series Alsco 300 beginning at 12:30 on 102.9 FM and streaming live on AccessWDUN.  Coverage continues on Sunday with the Monster Energy NASCAR Cup Series Food City 500 beginning at 1 o’clock on WDUN 102.9 FM, AM 550 or streaming live on AccessWDUN.