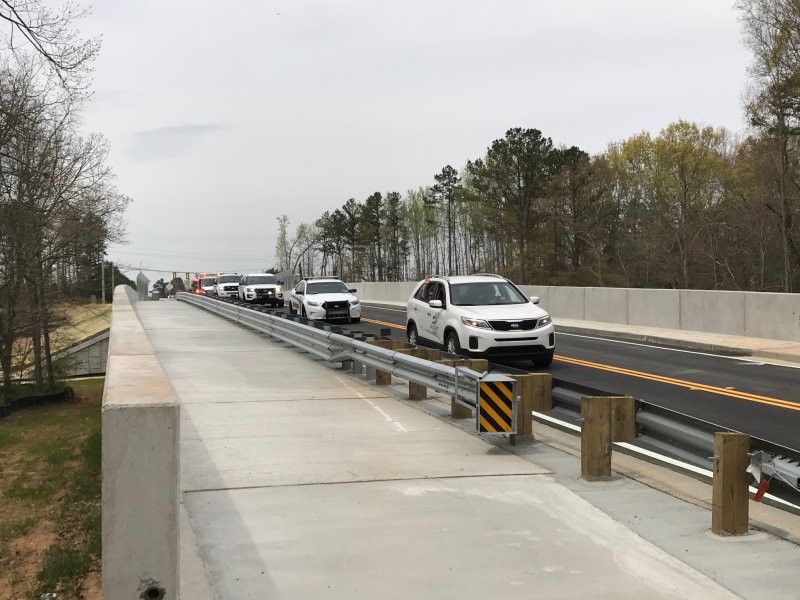 The bridge connects the road with Old Oakwood Road, creating a route from Old Oakwood Road to Atlanta Highway. Oakwood Mayor Lamar Scroggs said the project had been in the works since 2014.

Hall County Public Works Director Ken Rearden said the county and the Georgia Department of Transportation each devoted over a million dollars to the project, with Gainesville chipping in roughly $250,000 and Oakwood paying $50,000 towards the work.

Hall County Administrator Jock Connell, Commission Chairman Richard Higgins and District Two Commissioner Billy Powell all spoke at the event before riding together in a car across the bridge for its first official crossing. The bridge is now open to traffic, including a red light at the intersection of the bridge and Old Oakwood Road.

The bridge project was started as a replacement to a previous railroad crossing that county officials said had become dangerous. Rearden said the county also coordinated with railway officials while working on the project.

The bridge also features a 10-foot multi-purpose path on one side of the bridge that Rearden said will ultimately tie in with the county's "Highlands to Islands" trail system.