Baseball: Chestatee walks off against WHall; NHall and Habersham win 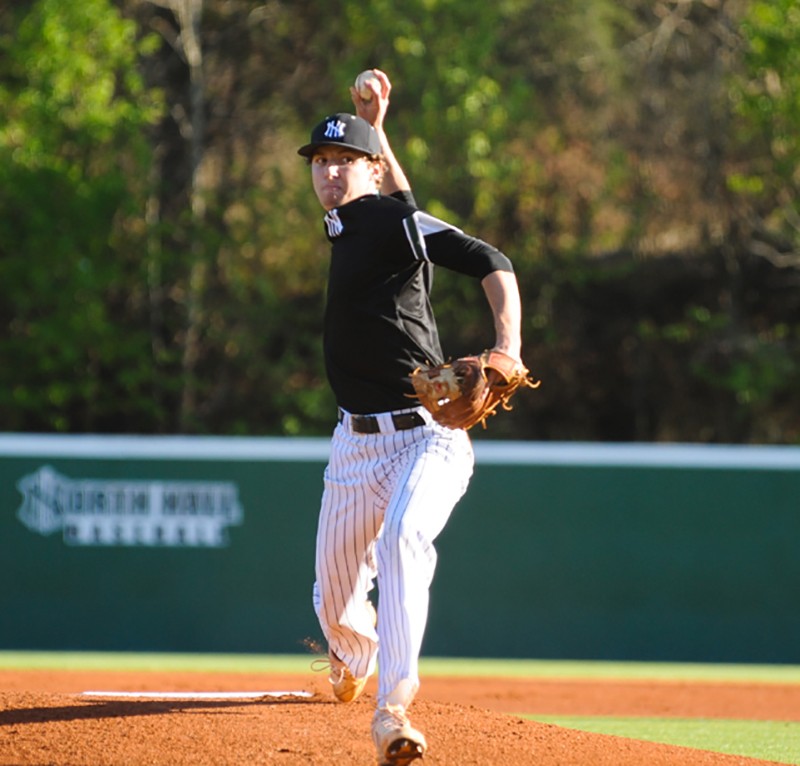 The low-scoring affair ended with MJ Jarrard crossing the plate for the game-winning run in the bottom of the seventh inning.

Lemay finished the day 2-for-3 at the plate with two RBIs.

Both teams scored two runs in the opening inning and it stayed that way until the final half inning of the Region 7-4A battle.

Benson Miller started, going two-thirds of an inning and giving up one earned run on two hits and one strikeout. Nolan Turner pitched four and one-third innings, allowing three hits.

Will Cantrell earned the win for the War Eagles, giving up one hit, no runs and five strikeouts. West Hall's Braden Simms was 2-for-4 to lead the Spartans (6-12, 0-5) at the plate.

The two teams will play game three of the series Friday at West Hall. Game time is 5:55 p.m.

East Hall made things interesting with a two-run sixth inning, but North Hall shut the Vikings down to take the Region 7-3A win Tuesday at Jody Davis Field.

North Hall's Kelton Kieschnick went the distance on the mound, giving up three runs on four hits while striking out nine.

East Hall scored one run in the top of the first to take a 1-0 advantage, a lead that lasted over the next two innings.

North Hall, however, answered in the bottom of the third to take the game, 1-1, off a Jackson Dyer sacrifice fly that scored Caleb Clark.

The Trojans took the lead in the fourth inning when Clark doubled to centerfield scoring W Tadman. A batter later, David Seavey smacked a double to left field scoring Clark to take a 3-1 lead.

North Hall would add one more run in the bottom of the fifth inning.

Both Clark and Seavey were 2-for-4 with one RBI.

East Hall's two runs in the top of the sixth game off a Luke Holtzclaw singled that scored M Lacey and T Smith.

Holtzclaw was 1-for-3 at the plate with two RBIs for the Vikings.

Payton Irvin's three-run homer in the bottom of ninth inning led the Raiders past Gainesville Wednesday night at home.

The Red Elephants jumped out to a 3-1 lead through five innings before falling apart in the bottom of the sixth inning.

The Raiders scored three runs, all off errors, to take a 4-3 lead after sixth innings.

Gainesville, however, battle back in the top of the sixth inning when Seth White's sacrifice fly scored Jahleel Rivas-dicks to tie the game. The run eventually sent the game to extra innings.

The Red Elephants took the lead, 5-4, in the top of the ninth inning when Shawn Gregg scored off a sacrifice fly from White.

Corbin Lindsay was 2-for-3 with one RBI for the Red Elephants.