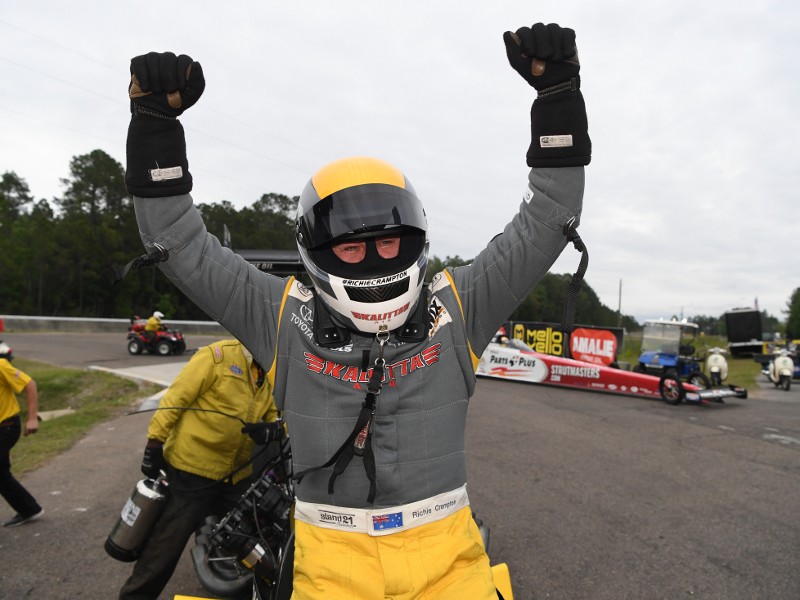 "This is just a big race no matter what year you win it," Crampton said. "There were not too many easy rounds this year. That goes to tell you how difficult this Top Fuel category is. I think this win is going to take a while to sink in. I'm so lucky to have a team that puts me in a position to win like this. I'm just focusing to be a dependable driver."