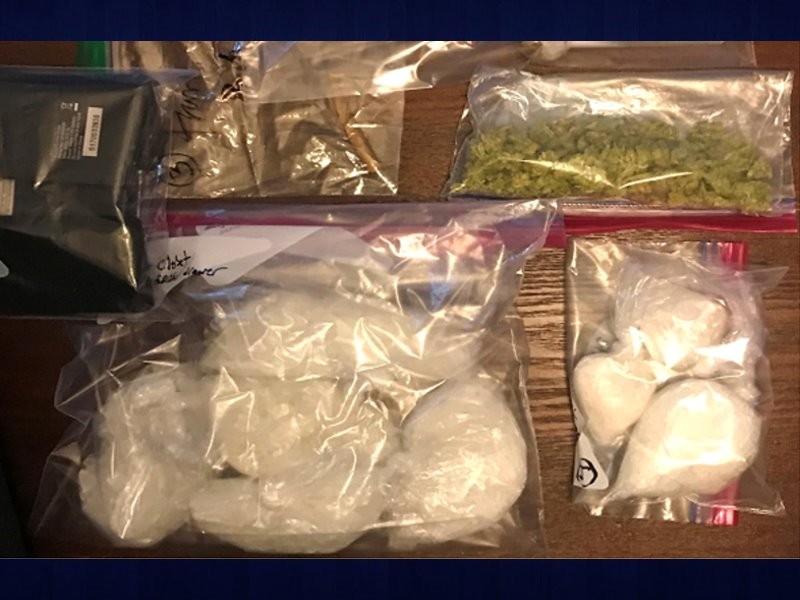 Illegal drugs worth $42,000 were seized in a drug raid Friday afternoon at a house in North Hall.

Officers with the Multi-Agency Narcotics Squad, working with the Hall County Sheriff's Office, arrested two people in connection with the investigation:  Amber Sue Hancock, 26, of Gainesville, and Bradley Allan Jones, 30, of Gainesville.

According to a news release from the drug squad "The suspects were arrested during the execution of a search warrant at Ms. Hancock’s residence in the 4000 block of Mt. Vernon Road where they were found in possession of slightly less than 1 pound (15+ ounces) of methamphetamine packaged in 8 bags, approximately ½ ounce of marijuana in one bag, digital scales, packaging materials, and drug paraphernalia (methamphetamine smoking devices).  This residence is located within 1,000 feet of a school."