Michael Cohen: Will he get that book deal?

By now everyone in the country, provided they are not living under a rock, knows that Michael Cohen appeared before the House Oversight Committee on Wednesday and called the President of the United States a “racist”, “conman” and “cheat.” More than what he said, it’s what Michael Cohen didn’t say that is significant, and maybe should have the President breathing a sigh of relief.

For example, speculation leading up to the testimony of Michael Cohen was that he was going to say that candidate Trump directed him to lie to Congress about the Moscow Trump Tower. The idea being that if candidate Trump was actively negotiating with the Russians over a private real estate transaction he might promise them something in return if he was elected, such as lifting the economic sanctions imposed by the Obama administration.

This was again, pure speculation, but the suggestion was that there might be an email or a text or some recording that corroborated the idea that Donald Trump had asked Michael Cohen to lie, and that he was going to bring it to the hearing. On the contrary, Michael Cohen testified that Donald Trump maybe “inferred” in his own special way of inferring that Cohen should not tell the whole truth about Trump’s involvement in the Moscow deal, but no direct evidence that Trump himself suborned perjury.

Secondly, Michael Cohen testified that Roger Stone informed candidate Trump of the imminent release of emails stolen from the DNC by Wikileaks founder Julian Assange. Purportedly, Trump was gleeful at this news. But again, no smoking gun. Even Stone is not charged with a crime related to the hacking of the DNC server, only lying to Congress about his contacts.

And finally, Cohen testified that he had no evidence of the Trump campaign colluding with the Russian government. Not that we didn’t already suspect that, what with the Mueller investigation coming to a close and any prosecution of crimes by candidate Trump seemingly being shifted to the Southern District of New York.

As I like to say, in any high-profile case there are two courts: the courtroom and the court of public opinion. In this matter, score one for Michael Cohen and zero for those members of Congress tasked with the duty of questioning Cohen. Each series of “questions” by representatives from both political parties was prefaced by a long-winded, self-serving political soliloquy carefully choreographed to avoid duplicity and overlap.

Some members had more venom than others, and to say it was contrived might understate the case. The spectacle of parading a black woman in front of the nation to suggest that if she liked the President it stands to reason that he could not therefore be a racist was maybe the most insulting and embarrassing moment in 21st Century Black History.

Republicans using tokenism as a cheap trick to somehow defend Donald Trump was sophomoric at best, opportunistic at worse. Even though I believe that Donald Trump probably made the remarks attributed to him by Michael Cohen on race, I also believe people are rarely that one dimensional. It’s like lawyers, people despise lawyers as a group but usually like their own.  I’ll give Donald Trump the benefit of the doubt and say that he probably only goes into racist rants around his personal lawyer.

Another idiotic moment for the Republican interrogators was their interest in whether Michael Cohen was angling for a book/movie deal. He was pressed to commit to turning over any proceeds from any potential book deal to charity, but flatly refused. One Congressman even went so far as to suggest that spending three years in jail in return for a few million in profits from this phantom “book deal” was well worth the service.

I wondered if that Congressman would trade his liberty for a few million. 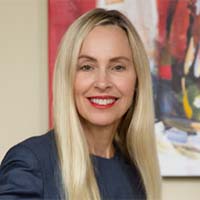