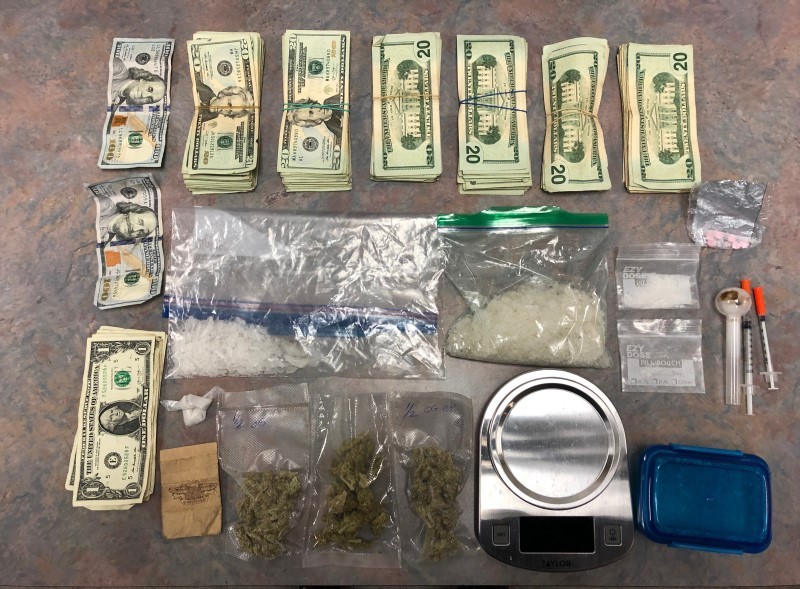 Special Agent in Charge Mitchell Posey with the Appalachian Regional Drug Enforcement Office (ARDEO) said the deputy was in the area Tuesday night because neighbors had complained about recent criminal activity.

Posey said a vehicle turned onto the road and the driver turned off the lights and continued to drive; that raised the deputy's suspicions.

"The deputy followed the car down Daybreak Road and found it parked on the side of the road close to a residence," Posey said. "Two people were standing outside in the rain. Again, this raised the deputy's suspicions even more that they would just stand outside the car in the rain."

Posey said as the deputy got out of his patrol car to talk with the two people, he saw one of them toss something into the floorboard of the vehicle. The deputy determined the item was a small package of methamphetamine.

At that point, the White County Sheriff’s Office requested ARDEO assistance with the case, according to Posey.

"Authorities searched the car and found a total of six ounces of meth, two ounces of marijuana, numerous other prescription pills and $4,677 in cash," Posey said.

He estimated the street value of the illegal narcotics at around $20,000.

Posey said Melissa Jane Grizzle, 41, of Alto, David Bryan Ferguson, 38, of Flowery Branch and Cassandra Lynelle Medlock, 28, of Sautee Nachoochee were arrested after the search. Each is charged with trafficking methamphetamine and possession of marijuana with intent to distribute.

"It appears these people were probably delivering methamphetamine and receiving payment at the same time," Posey said. "Obviously, this was not their first stop. It was very unusual for them to have this large quantity of methamphetamine and a fairly large amount of money on them."

All three suspects were booked into the White County Detention Center.  Posey said it's possible other charges could be forthcoming.