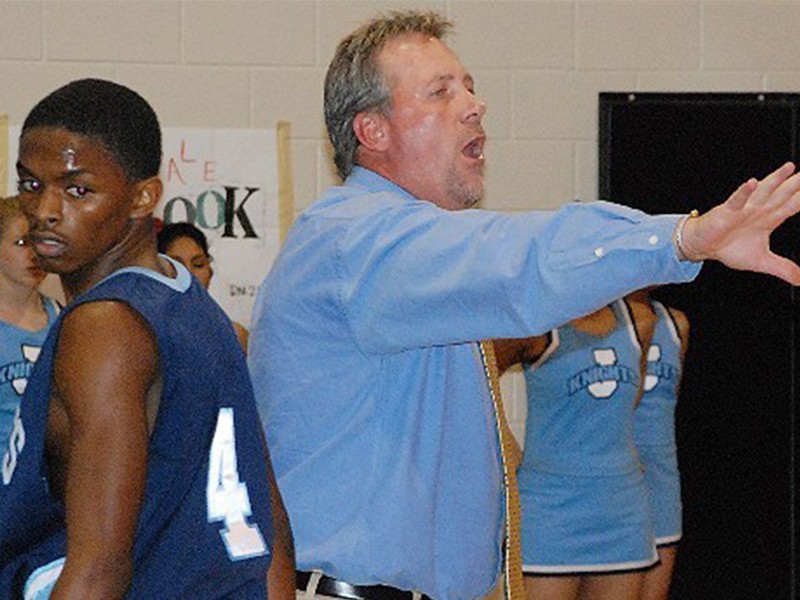 Jeff Steele knows a thing or two about the Lanierland Tournament.

The former Johnson boys coach guided the Knights to back-to-back titles in 2013 and 2014 and they finished as runners-up three other times. The memories run long, and mostly positive.

Steele, now heading up the Lumpkin County boys program, admits he misses the excitement of the annual three-day event.

“It’s just a phenomenal tournament with a tremendous atmosphere,” Steele said. “A lot of times those were the biggest crowds we would play in front of, including state tournament games. It’s the oldest running tournament in the state and I think that puts it on a pedestal like no other.”

So, he knows and understands the demands it takes to be successful in Lanierland. But he also has played against or scouted, every team in the 2019 field.

The tournament will open up on Friday at East Hall beginning with the Lakeview Academy-Chestatee girls game tipping off at 9:30 a.m. Eight quarterfinal games -- four girls and four boys -- will be held on Friday. The tournament moves to Johnson on Saturday with the semifinal round and then to Cherokee Bluff on Monday for the finals.

Cherokee Bluff and North Hall will open the boys bracket at 11 a.m. with Johnson and Lakeview Academy meeting at 2 p.m. West Hall and East Hall will play at 5 p.m. and Gainesville and Chestatee will close out the first day at 8 p.m.

AccessWDUN caught up with Steele for an extensive audio interview to get his thoughts on the 2019 boys tournament, which will be the 60th edition. You can click play above to hear the entire interview.

Below are some quick thoughts by Steele on the eight boys team that made the quarterfinals:

CHEROKEE BLUFF (7-5)
Strengths: “They have good defensive pressure and play hard and can really score when they have everyone available.”
Weaknesses: “They lack size and are battling some key injuries right now.”
Need to do to win it: “If everyone is available, they just need to do what they do. They have the talent to win it.”

CHESTATEE (6-6)
Strengths: “They have two really good scorers and if they get space and are hitting shots, they are tough.
Weaknesses: “They also lack size and really probably need one more consistent scorer.”
Need to do to win it: “We split with them so I’ve seen both sides of what they are capable of. They have to shoot well to have a chance but they are a very dangerous team.”

EAST HALL (4-6)
Strengths: “They have Seth Vining, who knows what it takes to win it. They also have the Campbell kid back and they have some size inside.”
Weaknesses: “They can struggle on offense at times and they’re going to need to find a way to keep up with some of the better offensive teams.”
Need to do to win it: “Two weeks ago I don’t know that I would have given them much of a chance but with Campbell back and they’re playing a lot better now, they’re going to be a very dangerous team.”

GAINESVILLE (0-10)
Strengths: “They’re still Gainesville so you know they have athletes that can play. They can play defense. They have a great coach and pride to want to defend their title. They may still have the best overall talent in the tournament.”
Weaknesses: “Experience and lack of a big-time scorer. They don’t have  a lot of guys back from last year so how will they respond to the big crowd and the atmosphere.”
Need to do to win it: “They’re going to have to turn people over with their defense and get some baskets that way. If they find a consistent scorer they’ll be tough to beat.”

JOHNSON (2-8)
Strengths: “Coach (Chris) Guthrie can coach, now. He was my coach in college. They have a good press and can play zone depending on what they want to do.”
Weaknesses: “But they also lack some size and don’t really have a lot of scorers.”
Need to do to win it: “They’re going to have to keep the scores low with their defense and find some consistent offense to really have a chance. But they can be a dangerous team. Don’t sleep on my Knights!”

LAKEVIEW ACADEMY (5-7)
Strengths: “Another team with a great coach (Todd Cottrell) and that means a lot really. He’ll have them playing hard and a good game plan I’m sure.”
Weaknesses: “They lost a lot of offense from last year and I think Todd is still trying to figure out just what he has.”
Need to do to win it: “They’ll be a dangerous team because they’ll be well-coached. They’re rebuilding a little bit but I think can be a dangerous team. If they can get some consistent scoring they have a shot.”

NORTH HALL (9-3)
Strengths: “They’re North Hall, which means they’ll be prepared and get after you and they’ll play hard for (Coach) Tyler (Sanders), who played for me at Johnson. When they’re shooting well, they’re really good.”
Weaknesses: “But again, a team that does not have a lot of size.”
Need to do to win it: “They’re going to have to create turnovers with their defense and shoot the ball. If they do those two things consistently, I like them for a dark horse in this thing.”

WEST HALL (3-7)
Strengths: “(Coach) Bobby (Pless) does a good job with those guys and they have some talent. They’re good when they’re on.”
Weaknesses: “But they’re kind of an up-and-down team right now. It will probably depend on which team shows up for the tournament.”
Need to do to win it: “Like I said, when they’re on, they’re good and can be a dangerous team. If they get hot offensively on a consistent basis, they could have a chance to make some noise.”