Chandler Smith back with Venturini for 13 races in 2020 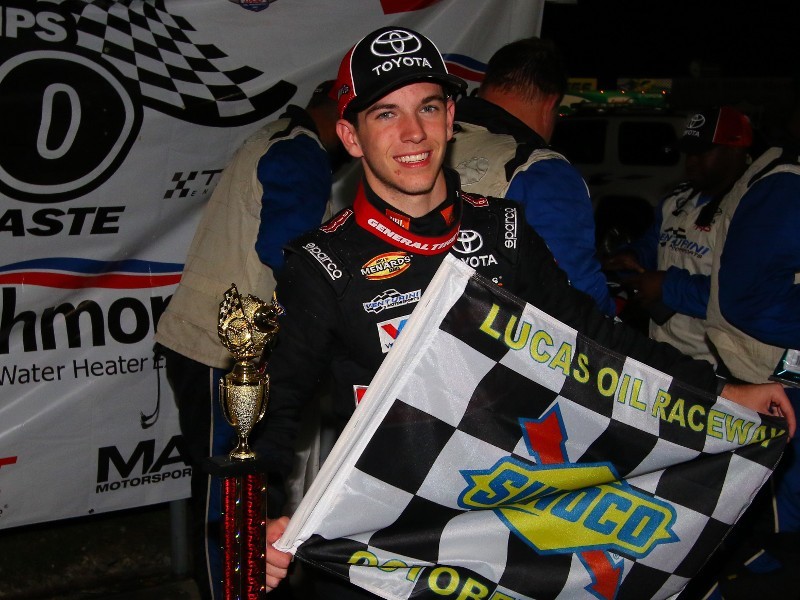 Venturini Motorsports announced last week that Chandler Smith will once again pilot the No. 20 Toyota Camry in 2020.

The Jasper, Georgia driver will handle the driving duties in the 13-races he will be age eligible throughout the season and rejoin with crew chief and team owner Billy Venturini.

“Chandler (Smith) is an incredibly talented young driver who we have enjoyed having as part of our program since he first came to the ARCA Series,” commented Billy Venturini. “My main goal next season with Chandler, is to win the most races, most pole awards and win the Sioux Chief Showdown. After that, I think we set our sights on defending our Owners Championship from 2019 and build off what we have already started.”

Competing part-time during the 2019 season, the Georgia native started in just 11-races, earning five wins, four poles, eight top-five and 10 top-10 finishes. Smith also went on to earn the prestigious Lap Leader award, edging out teammate Michael Self by 129 laps-led with his season high 666 laps-led. Coupled with the help of the four additional drivers sharing the ride, the No. 20 team earned the 2019 Owners Championship upon seasons end.

“I am really excited about the opportunity to be back with Venturini Motorsports, Billy Venturini and all of the No. 20 guys next season. 2020 will mark my third season with VMS in the ARCA Menards Series and I am looking forward to running for the Sioux Chief Showdown championship,” commented Smith. “VMS has been working so hard over the offseason and I am ready to take our Toyota Camry back to victory lane. I want to thank everyone at Toyota, TRD and TD2 for their continued support and molding of my racing career, without them I would not be where I am at today.”

At a mere 17-years old, Smith is only eligible, per the ARCA rulebook, to compete on tracks less than one-mile in length and road courses. This will allow the young Toyota Racing Development (TRD) driver the opportunity to compete in 13-races next season, including all of the intermediate 1.5-mile style tracks following his 18th birthday on June 26th. The sole season goal for the Billy Venturini led team is to defend their 2019 Owners Championship and put the No. 20 Toyota Camry in victory lane every chance they can.

While the 2020 season kicks off at Daytona International Speedway on Saturday, February 8, Smith’s first scheduled start will be at ISM Raceway on Friday, March 6.

An announcement regarding sponsorship and additional teammates to Smith in the No. 20 will be forthcoming.