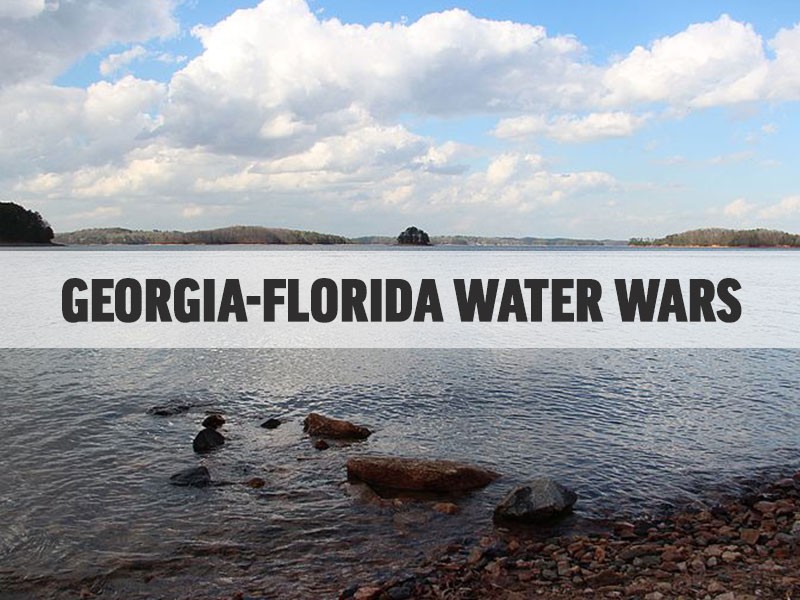 Georgia won an important victory Thursday in its lengthy battle with Florida over water rights when an expert federal judge recommended that the U.S. Supreme Court dismiss the case.

Judge Paul J. Kelly Jr., the court-appointed special master who heard arguments just last month in his New Mexico courtroom, said the evidence presented to him shows that Georgia’s water use is reasonable.

“The evidence has not shown harm to Florida caused by Georgia,” Kelly wrote in his recommendation to the Supreme Court.

In this 89-page report, Kelley recommended that the court deny Florida’s request that the waters of the Apalachicola-Chattahoochee-Flint river basin be equitably apportioned between the two states.

Gov. Brian Kemp said Thursday he hopes Kelly's recommendation will be one of the final steps in the ongoing legal battle.

"We greatly appreciate Special Master Kelly's recognition of Georgia's strong, evidence-based case in this litigation," Kemp said in a statement released by his office. "We will continue to be good stewards of water resources in every corner of our state, and we hope that this issue will reach a final conclusion soon."

Florida has argued that Georgia’s unchecked use of water from the basin irreparably harmed the oyster industry in the Apalachicola Bay. For years, Florida had blamed Atlanta’s use of water, primarily from Lake Lanier, as the culprit. But in its presentation last month to Kelly, the state changed tactics and blamed farmers in Southwest Georgia for using excessive water to irrigate crops.

But Kelly rejected those arguments.

“Florida has pointed to harm in the oyster fishery collapse, but I do not find that Georgia caused that harm by clear and convincing evidence,” he wrote. “Next, although Georgia’s use of the Flint and Chattahoochee Rivers has increased since the 1970s, Georgia’s use is not unreasonable or inequitable.”

He also wrote that, while the oyster industry has been caused harm, it was the result of a prolonged drought, not Georgia’s water use.

Kelly’s report does not end the case. It’s now up to the justices on the Supreme Court to decide whether to follow his recommendation. The court could appoint another special master to consider other parts of the case, as it did in 2018. In that instance, the court rejected the first special master’s recommendation because it did not include the U.S. Army Corps of Engineers, which controls the water withdrawals from Lake Lanier.

The ACF basin originates in the North Georgia mountains and flows into the Gulf of Mexico.