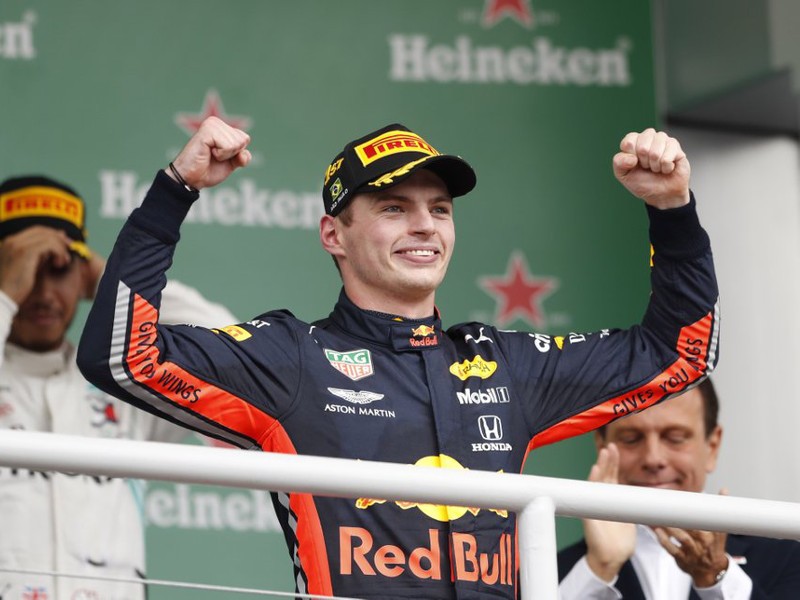 It also finished badly for six-time world champion Lewis Hamilton of Mercedes who caused Red Bull’s Alexander Albon to spin near the end. A post-race five-second punishment demoted the British driver from third to seventh place.

Brazil marked Verstappen’s third win this season, after victories in Austria and Germany. He started from pole position in Sao Paulo.

The result moved the 22-year-old Verstappen to third place in the driver’s championship, already won by Hamilton. Verstappen is 11 points ahead of Ferrari’s Charles Leclerc with only the Abu Dhabi GP on Dec. 1 to go.

The Dutch driver controlled nearly all the race in Sao Paulo, which saw a dramatic late collision on the 66th lap at Interlagos between four-time champion Sebastian Vettel and Leclerc when they fought for fourth position. Both failed to finish.

Toro Rosso’s Pierre Gasly got his first F1 podium in second place, only 0.062 seconds ahead of Hamilton, in front of more than 70,000 fans.

Sainz had started from 20th on the grid.

Hamilton, who won in Sao Paulo in 2018, said Verstappen was “just quicker than us on the straights” and “there was nothing more we could do.” He was overtaken twice by Verstappen in the little time he spent ahead at Interlagos — after a pit stop and after a safety car.

Verstappen said “Lewis was very quick so I had to keep pushing ... we had two good moves with him, and from there onward I could control the race."

“It is always good to race against the world champion,” he added.

On team radio, Vettel blamed Leclerc for a puncture that caused him to stop. Leclerc was forced out shortly after.

Hamilton quickly apologized to Albon for their collision.

“I totally accept the blame,” said the British driver. “In hindsight I could have waited.”

Gasly will remember this day for a long time.

“It is the best day of my life,” the Frenchman said. “It was quite an intense finish, but quite incredible too. You get used to the podiums in the lower series. My last was at F2 in 2016. My first podium in F1 is just insane.”

Hamilton had already secured the season title in the previous race in the United States. His Mercedes teammate Valtteri Bottas, who did not finish the race, had also secured the runner-up spot.