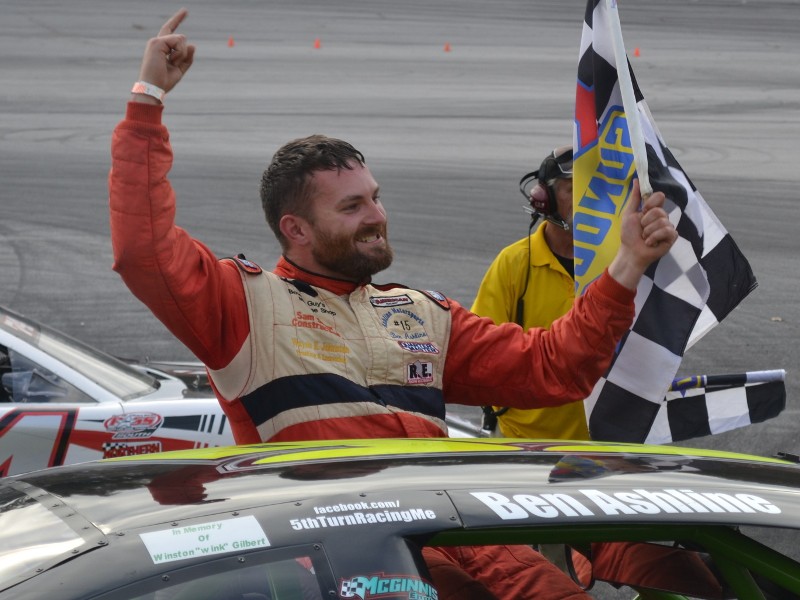 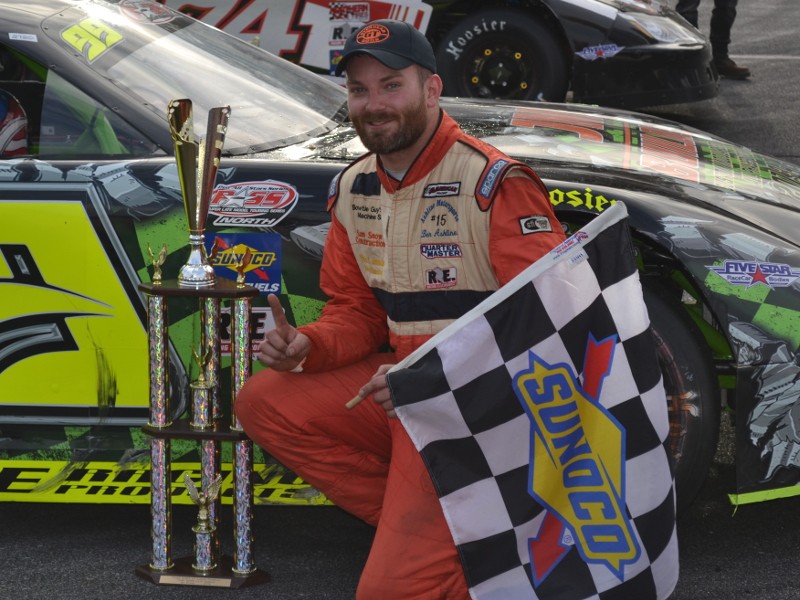 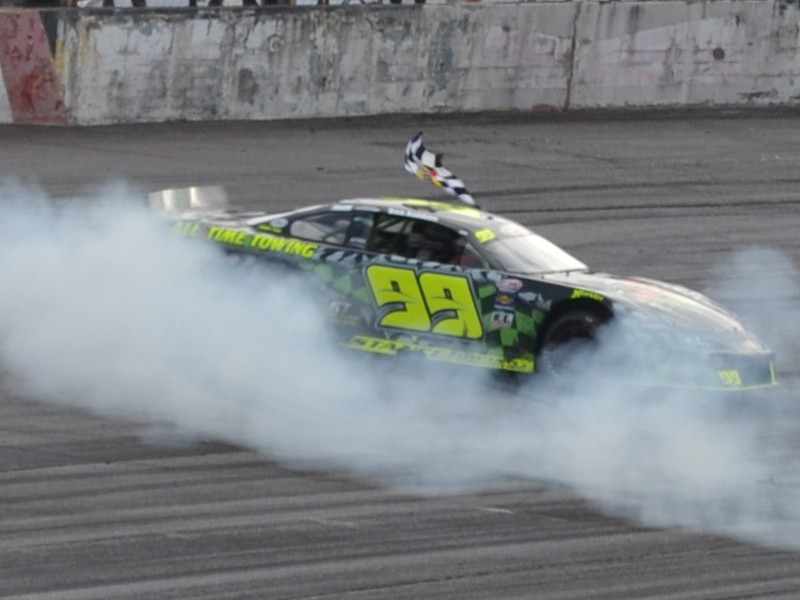 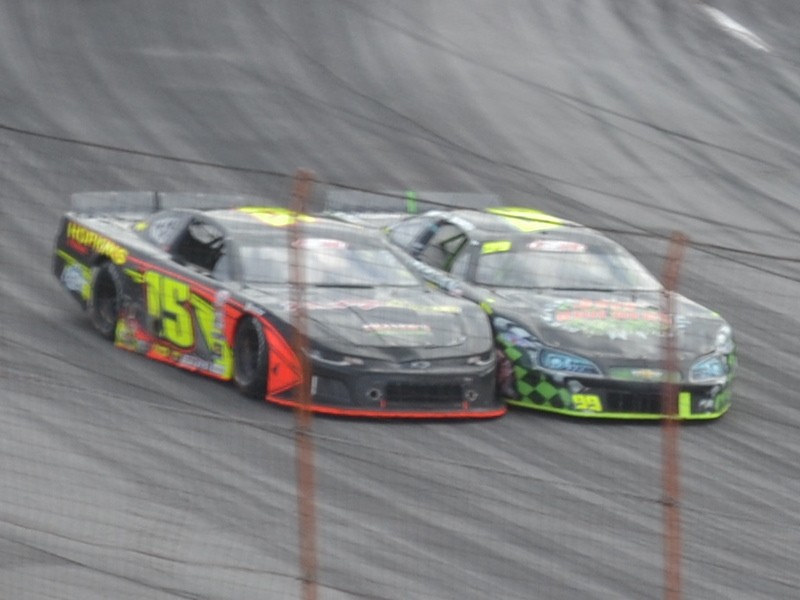 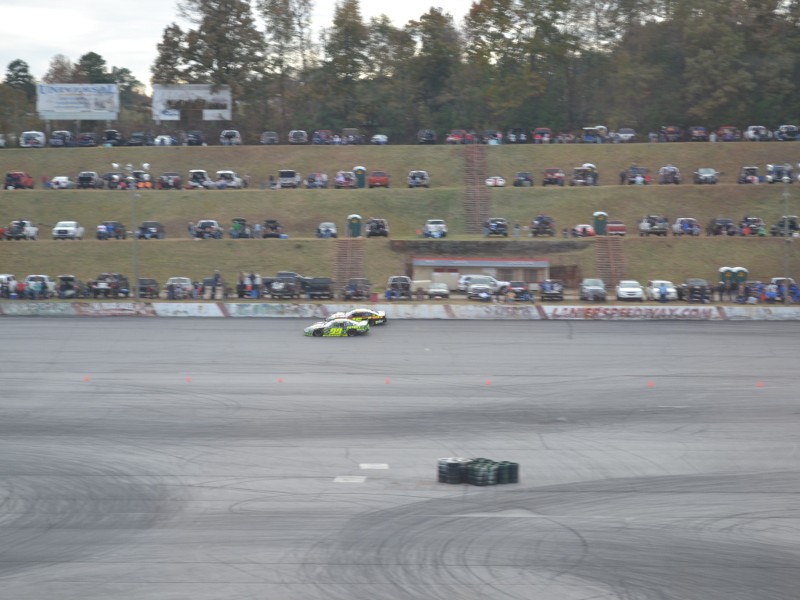 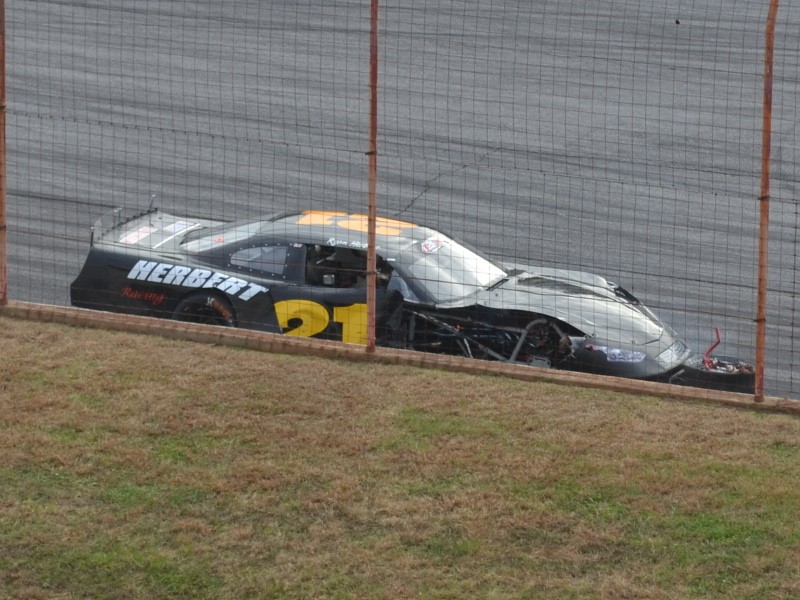 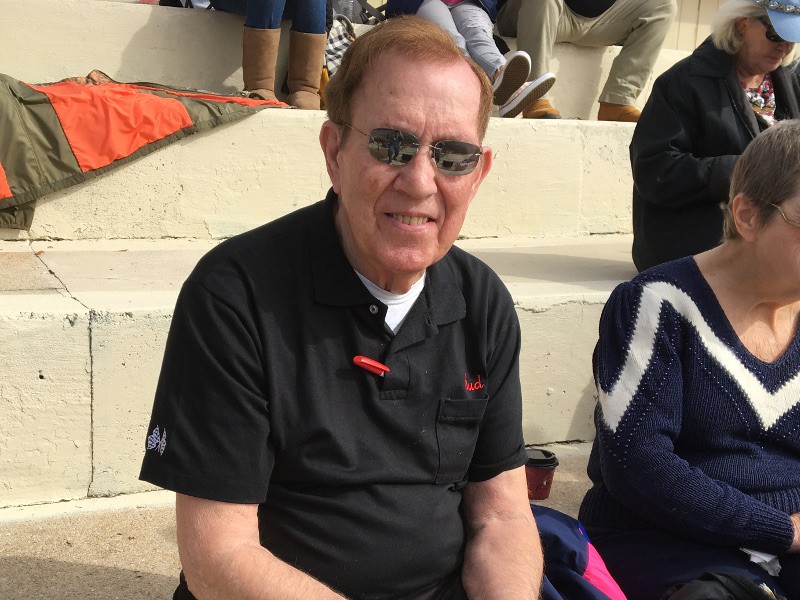 Ben Ashline proved to be the top gun at the Braselton, Georgia speedplant, as he held off Mike Hopkins to win the inaugural Lanier National 200 for the PASS Super Late Model series.

“I’m out of breath,” Ashline said in victory lane. “That was an awesome race with Mike there.”

Ashline traveled all the way from his hometown of Pittston, Maine, to compete in the event, and goes home $6,000 richer.

“There’s a whole bunch of us that crammed into the back of a couple of vehicles and drove down here like a bunch of lunatics,” Ashline said. “But man, this is one of the best races I’ve ever had in my career and I want to thank everybody that’s made this possible.”

The win came as Lanier Raceplex – previously known as Lanier Raceway and later as Lanier National Speedway – saw its first race on the original 3/8-mile paved layout since 2011. The local fans responded to the return, with huge crowds on the famed backstretch tiered parking hill and trackside, and a large contingent in the grandstands.

“All you fans, you are all super nice down here,” Ashline said to the crowd in his post-race interview. “You guys have been great down here. I appreciate ya’ll coming out.”

Moore and Fletcher battled side-by-side for the top spot over the first three laps before Fletcher grabbed the top spot, with Tate Fogleman following in third. Behind the leaders, Ashline was on the charge, moving up to battle inside the top five.

Fletcher would continue to lead while the field battled behind him. He lost the lead near the 40 lap mark when Monroe, Georgia’s Jake Garcia by passed him, with Ashline in pursuit, while Hopkins moved to third.

The top three were racing nose-to-tail around the 3/8-mile raceway when the action was broken up by a crash in turn three, when a cut tire for Brandon Herbert sent his car into the wall.

Back under green, Ashline moved to the point while Garcia came under fire from Hopkins for second. Hopkins made contact with Garcia as they exited turn 2, and the two battled side-by-side over the next lap. Hopkins finally cleared Garcia, and held off a crossover move from Garcia to hold the spot.

The race was slowed again on lap 108 when the car of Ryan Herbert made hard contact with the outside wall on the frontstretch, ending his day. While under caution, PASS race officials made the decision to make the yellow flag period the scheduled competition break for the race, allowing the field to come to the pits for adjustments.

Back under green, Ashline and Hopkins waged a 45-lap, back and forth battle for the lead. Hopkins finally moved alongside Ashline on lap 145, and moved to the point for the first time on the day.

But Ashline stayed on Hopkins back bumper, with the two racing through lap traffic. On lap 153, Ashline moved back to the lead, and began building a gap between himself and Hopkins.

Ashline began moving away, and appeared to have the win in hand when a late caution flew for a spin in turn 2 by Fletcher.

On the final restart, Ashline again powered to the lead, and drove on to the victory.

“Mike’s a great competitor. He raced me with a lot of respect,” Ashline said. “We raced hard. We might have rubbed a little paint, but we were racing for the win, a couple of northern boys. It’s good to race some southerners, some northerners. I mean, this was a lot of fun.”

Hopkins finished in second. The Hermon, Maine racer needed only to start the race to clinch the PASS National Championship.

Moore followed in third, with Garcia turning in the best result by a Georgia racer with a fourth place finish. Fogleman followed in fifth.

Marietta, Georgia’s Kyle Plott finished in sixth after having to hustle back to their shop to get a back-up car early Saturday afternoon. Hudson Hadier, Kyle Seig, Fletcher and hometown hero Shane Chastain of Gainesville, Georgia rounded out the top ten.

For more information on the PASS Racing Series, visit ProAllStarsSeries.com.