Disappointment or progress for 2019 teams? 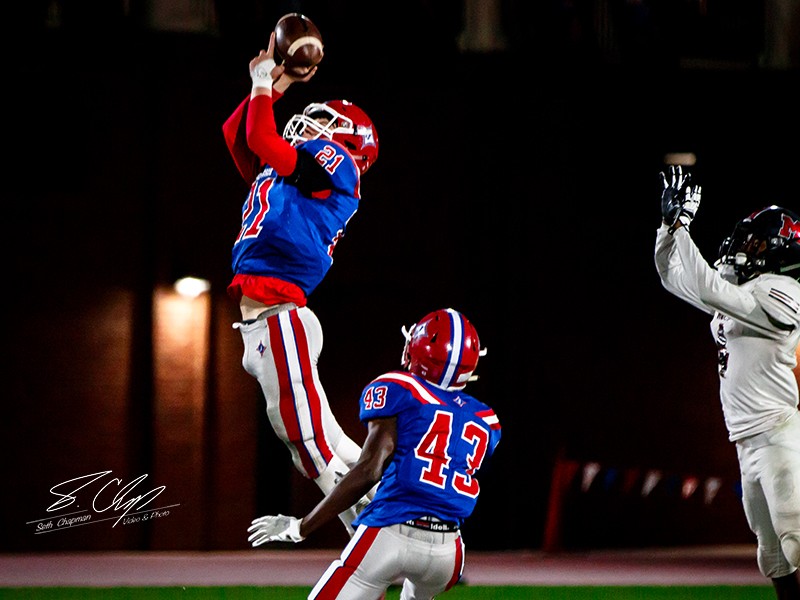 Jefferson's Rem Maxwell makes an interception during a game earlier this season. The Dragons won their first region title since 2016.
Photo/Seth Chapman 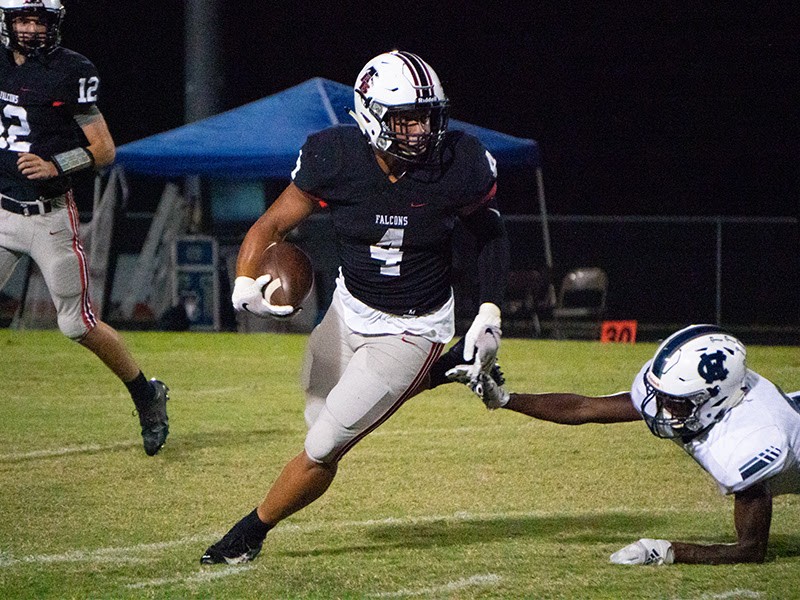 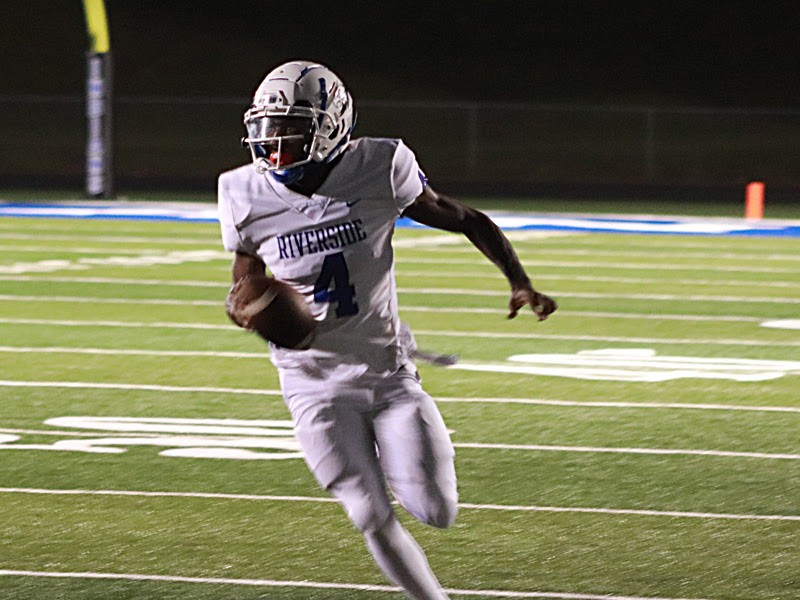 Before the season, we at AccessWDUN asked who among our 24 area football teams could get back to prominence, whether it be repeating as region champions, making deep playoff runs, or both. Or some combination in between. Could other programs make a breakthrough with new playoff runs?

With last week’s season finales and then bracket-watching in several classifications that had at-large bids, the early thinking is that area teams took a step back in 2019, a season in which many area fans were looking for a resurgence. Or, is that a misconception as the playoffs get underway on Friday?

In 2018, a dozen area teams qualified for the playoffs from Class A Private all the way up to Class 6A. There were a pair of region champs in Buford and Rabun County with four teams -- Commerce, Dawson County, Jefferson, Union County -- finishing as region runners-up. Buford, Rabun County and Commerce each made the quarterfinals in their respective classifications. Habersham Central won its first playoff game since 2007. Riverside Military Academy won its first-ever Georgia High School Association playoff game. But four teams also were knocked out in the first round.

In 2019, Riverside Military, Habersham Central and White County were not able to get back to the postseason. Each essentially missed out by one game The other nine teams all are repeat playoff participants from a year ago.

Again, two teams won region titles in 2019 -- Rabun County in Region 8-2A and Jefferson in Region 8-3A. Buford, however, was stunned by Clarke Central in its finale last week as the Wolves failed to win a region title for the first time since 2012. The Wolves, along with Union County and North Hall, finished as region runners-up. No new teams advanced to the postseason despite some valiant runs by teams like Johnson, Cherokee Bluff, and Banks County, who all had a shot in the final week.

But the playoffs haven’t officially started yet. Circumstances and deep playoff runs by several teams could change the perceptions of any overall disappointment.

Jefferson coach Gene Cathcart, whose Dragons were one of the teams in 2018 to suffer a first-round exit, said perception is definitely not always reality.

“As you look into improvements or the perceived lack of any, you have to look at the parity around the area and in each region,” Cathcart said. “In our region, for instance, you had two teams -- us and Hart County -- that were much improved because of being healthy in our case and (Hart County) just putting the right pieces together. With Morgan County and Monroe Area with all the talent they had coming back, it looked tough for the other teams like Franklin County, East Jackson, and Jackson County.

“But all three of those teams were very much improved as well. Competitiveness is something I look at and all three were very competitive. In any other region one or two of them probably make the playoffs. Gainesville is another team. They made the playoffs again this year but there is no doubt they are much, much better this year than last. They didn’t win the region or anything but that’s a high-quality team that has gotten better each week.

“It’s easy to look and see disappointment because more teams didn’t make (the playoffs) or win the region. But because of the number of quality teams, the playoff spots are being cannibalized. It’s tougher nowadays because there are so many great coaches and so much depth across the board.”

Playoff draws, injuries, and a slew of other intangibles can also play key roles in how teams are perceived at the end. Last year, despite making the quarterfinals, Buford and Commerce fell to the eventual state champion in their classifications. Rabun County fell to perennial power Fitzgerald, a team that has knocked out the Wildcats two of the last three seasons in the quarterfinals. North Hall lost in the second round to Class 3A state champion Cedar Grove in an offensive shootout.

Flowery Branch, who lost to eventual state champion Blessed Trinity in overtime in the regular season, was decimated by injuries and suspensions by the end of the 2018 season and finished third in Region 7-4A. They suffered a first-round defeat to Ridgeland due to a slew of starters not being available.

The Falcons this season dropped to a fourth-place finish in 7-4A despite being relatively healthy and sporting one of the best defenses in the classification. But the three teams in front of them in 7-4A -- Blessed Trinity, Marist, Denmark -- all are ranked in the top 10 and sport defenses and/or offenses in the top 10 as well.

The one spot drop now has the Falcons facing No. 1-ranked and undefeated Cartersville in the first round on the road in the 2019 playoffs. But for Falcons coach Ben Hall, no matter what happens, the 2019 campaign has been an ultra-success in his mind.

“Considering how this season started for us, I feel we’ve had a great year...really,” said Hall, who lost experienced senior quarterback and South Alabama-commit Elijah Gainey just days before the beginning of the season.

“I look at success as the measure of the strength of the program. This program is much stronger and much better than two years ago when we got here. I think state-wide we’ve made a name for Flowery Branch again.”

Much like Cathcart, Hall said who you play is a far bigger measuring stick than records. And he said belief is the first major obstacle of any program.

“We’re 7-3 right now. In this region, against the schedule we’ve played, that says more to me than if we were 10-0 in a lesser region,” Hall said. “You have to believe you can compete and win. That really is, overall, more important than talent. Talent goes up and down over the years.

“But if you have instilled into the program the belief that you can win, no matter who you’re playing, that can carry a program for a long time. You see that with the great programs like Buford, Jefferson, a lot of the Gwinnett teams, and now places like Rabun County. Those teams year-in and year-out believe they can win every time they step on the field against anybody. I believe we have instilled that belief here.”

The fact that after years of futility programs like Riverside Military Academy and Habersham Central are now being looked at as underachievers for not making the playoffs is certainly a positive move forward.

Eagles coach Nicholas Garrett agreed and was appreciative of the high expectations. They earned their first-ever GHSA postseason win in 2018. They missed out in 2019 by mere percentage points in the always-tough Class A Private.

“To be thought of as underachieving, I think, is a good thing for us,” Garrett said. “At 5-5 this year with our schedule, we feel good about that but we also think there were one or two more wins out there for us that would have certainly got us into the playoffs again. We’re more disappointed about the playoffs than the record for sure.

“I’ve had several coaches in the area tell me that they like the job we’re doing at Riverside and that’s always nice to hear and I think the perception is that the program is definitely on an upswing. That’s been our goal since we got here.”

The ultimate perception of the 2019 season for northeast Georgia teams has not been written yet. Strong playoff runs and even a title would certainly change everything.

But don’t let the numbers confuse, or consume, you. The reality may already be that the 2019 season has seen the area take a step forward toward statewide prominence. 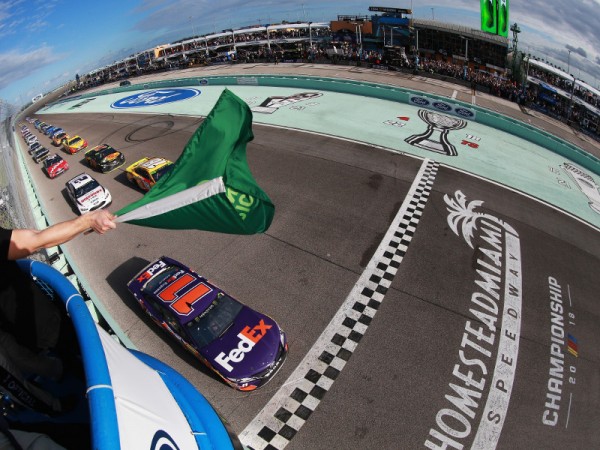 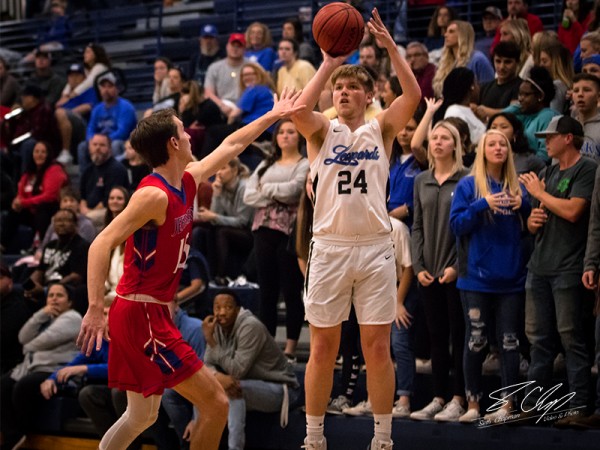 Basketball: Banks boys, Jefferson girls take thrilling wins
Banks County junior Pierce Martin knew there would be plenty of eyes on him Tuesday as the Leopards opened their 2019-20 season at home against Jefferson...

New-look Branch girls rout Apalachee; Buford blows past GAC
The "new" look Flowery Branch girls basketball team had an old look to it in a 70-31 rout of Apalachee Tuesday night on the road.
High School Sports

Playoffs 1st round caps: Nine area teams begin playoff journey
It’s finally here. The first round of the 2019 Georgia High School Association football playoffs get under way on Friday around the state and in northeast Georgia...
By Jeff Hart

Playoffs get under way with huge matchups on Jacobs Media airwaves
The Jacobs Media family of stations on Friday night will open the playoff season in style with three big matchups on air, and streaming, in the first round Georgia High School Association playoffs...
By Jeff Hart