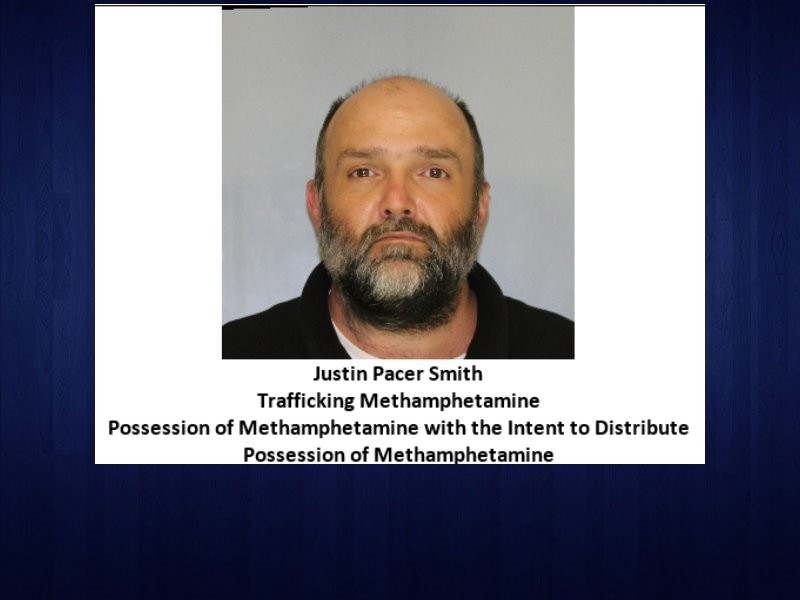 A Clermont man has been arrested after drug agents found more than $61,000 worth of methamphetamine at his home on Fieldstone Court.

Lt. Don Scalia with the Hall County Multi Agency Narcotics Squad said MANS agents had been working with several other agencies on a meth trafficking investigation and the probe culminated with Wednesday's arrest of Justin Pacer Smith, 44.

"This person had been on and off our radar - in fact, this location had - for a pretty good while now," Scalia said. "Then, we got recent information that there was some increased activity there."

With that information, Scalia said agents obtained search warrants for the house in Clermont.

"We got just a little over one-and-a-third pounds of meth, which is a pretty good amount," Scalia said. "It's equivalent to over half a kilo of product...user amounts are usually around a gram and this was around 614 grams."

In addition, agents confiscated digital scales, packaging materials and drug paraphernalia.  They also found $1,100 in cash at the residence.

No other arrests are anticipated.