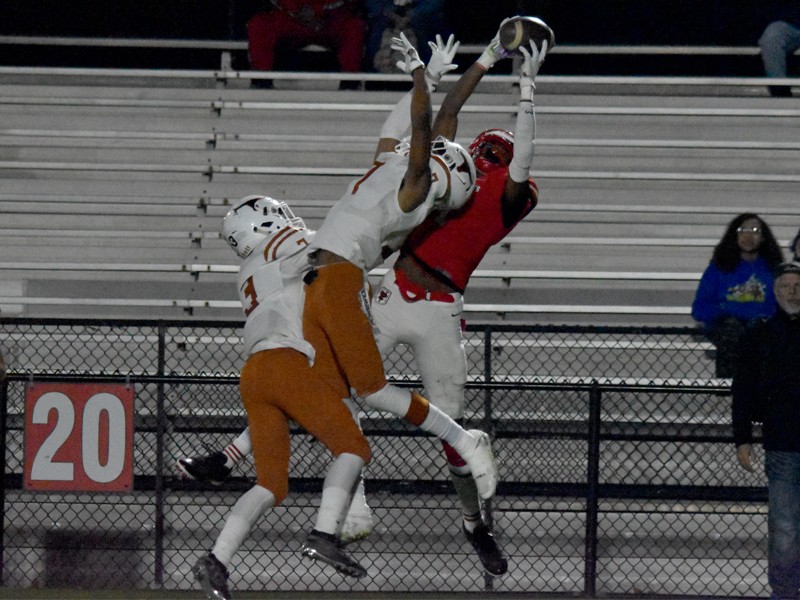 The first round of the 2019 Georgia High School Association football playoffs get under way on Friday around the state and in northeast Georgia. The area covered by AccessWDUN has nine teams that will begin their treks toward trying to capture state titles ranging from Class 6A to Class A Public.

All nine teams are repeats from the 2018 playoffs with Rabun County in Class 2A and Jefferson in Class 3A going in as region champs. Three others -- Buford in Class 5A, North Hall in Class 3A, Union County in Class 2A -- take No. 2 seeds into the postseason. One area team, Flowery Branch, opens the playoffs against No. 1-ranked Cartersville in Class 4A.

Needless to say, area teams face challenges as they try to move into the second round.

GHSA FOOTBALL PLAYOFF SCHEDULE FOR Nov. 15
(Games listed by highest classification and in alphabetical order of visiting team)
CLASS 6A
It will be a tough draw no matter where you sit in the bracket. The top 11 ranked teams all advanced to the playoffs, led by No. 1 Dacula. In fact, Dacula and No. 2 Lee County, the defending 6A state champ, are on course to meet in the quarterfinals. ... Last year’s state runner-up Northside-Warner Robins did not make the playoff field in 2019. A dozen teams not in the 2018 field made it in 2019. ... The toughest quadrant could the upper-left with four ranked teams among the 8 teams. However, the top 3 ranked teams all are on the same side of the bracket.

CLASS 5A
Much like Class 6A, this classification is loaded with the top 3 ranked teams all advancing to the playoffs. Carrollton and Warner Robins, 2018 state runner-up, share the top spot but defending champion Bainbridge is also back. Only 7 teams from 2018 did not make field this season. ... The toughest draw could be the bottom left quadrant, which includes Buford. Three of the top four ranked teams are housed there.

DECATUR at BUFORD
-- WHEN: 7:30 p.m.
-- WHERE: Tom Riden Stadium, Buford
-- DECATUR (7-3): No. 3 seed Region 6-5A
-- BUFORD (9-1): No. 2 seed Region 8-5A
-- NOTABLE: Buford leads series 14-1. The Wolves won 59-14 in 2011 when both were members of Region 6-2A. Buford has won 14 straight in the series. Decatur won the initial meeting in 1990. ... It is the first playoff appearance for the Bulldogs since 2005, snapping a 13-year playoff drought. Meanwhile, the Wolves are making their 21st consecutive appearance. ... It could be a defensive battle as both teams have been stout and stingy most of the season. Buford is yielding just 14.5 ppg while the Bulldogs have allowed only 13.3 ppg. Only once, in last week’s loss to Carver-Atlanta (36), has Decatur given up more than 21 in any game. But the Wolves also gave up a season-high 31 in their loss to Clarke Central last week. ... The Buford offense is averaging 36.5 ppg while the Bulldogs have scored 24.8 ppg on the season. ... This could be one of the toughest playoff draws the Wolves have ever faced.  They could possibly face one of the toughest road trips in the state in Ware County in the 2nd round, if they get by Decatur. If they can get past the Gators, No. 1 Carrollton looms in the quarterfinals. Then, it could be defending state champion Bainbridge, who knocked off Buford in the quarterfinals in 2018. ... The last time Buford did not advance to at least the quarterfinals was in 1999, a string of 19 straight appearances in the Elite 8.
-- NEXT: Winner gets the Ware County-Ola winner next week in the 2nd round

CLASS 4A
Another brutal classification as the top 13 teams, including Flowery Branch, advanced to the playoffs. Perhaps the three most intriguing first round matchups involve Region 7-4A teams. The No. 11 Falcons travel to No. 1 Cartersville while No. 8 Denmark heads to No. 5 Sandy Creek in the only games pitting two ranked teams against each other. No. 3 and defending state champion Blessed Trinity takes on Troup County in a rematch of last year’s semifinal game. ... All but 5 teams from the 2018 field advanced back to the playoffs in 2019.

FLOWERY BRANCH at CARTERSVILLE
-- WHEN: 7:30 p.m.
-- WHERE: Weinman Stadium, Cartersville
-- RADIO: WDUN AM 550
-- FLOWERY BRANCH (7-3): No. 4 seed Region 7-4A
-- CARTERSVILLE (10-0): No. 1 seed from Region 5-4A
-- NOTABLE: First-ever meeting between the two schools. ... The Falcons face perhaps the toughest draw in the Class 4A field. Potentially looming after the Hurricanes, who were the 2018 state runners-up, are traditional power Thomson, then No. 2 Woodward Academy, and No. 3 Blessed Trinity in the semifinals. ... The Branch certainly has the defensive ability to stay in any game. The Falcons have given up just 12.9 ppg with four shutouts. The offense will be the key. In their 7 wins, they have averaged 37 ppg. In their 3 losses, they have scored just 31 total points (10.3 ppg). ... The Hurricanes are just as stout on defense giving up just 12.1 ppg but have surrendered 83 points (27.6 ppg) in their last three contests. The Cartersville offense, however, has been rolling of late. They are averaging 36.3 ppg but scored 41 or more in their last four games (45.7 ppg). ... Cartersville QB Tee Webb is 12th in the state in passing (2,198 yards) with 22 TDs and just 3 INTs on the season.
-- NEXT: Winner gets the Thomson-Hardaway winner next week in the 2nd round

CLASS 3A
The top 12 teams all advanced with three area teams all landing on the same side of the bracket. Jefferson, the Region 8-3A champ, however, has a favorable draw for once. The Dragons (5th) are the top ranked team on their side and would only have to face one of the top four teams, in the finals, to capture a state title. ... The two most compelling first round matchups could be a very good Morgan County team heading to No. 11 Calhoun and an improving Dawson County team traveling to No. 10 Westminster. ... The top two teams, Peach County and Cedar Grove, are set up to meet in the quarterfinals. That would be a rematch of last year’s championship game.

LOVETT at NORTH HALL
-- WHEN: 7:30 p.m.
-- WHERE: Lynn Cottrell Stadium at The Brickyard, Gainesville
-- RADIO: WDUN FM 102.9
-- LOVETT (7-3): No. 3 seed Region 5-3A
-- NORTH HALL (7-3): No. 2 seed Region 7-3A
-- NOTABLE: Lovett leads series 2-0. It’s the first meeting between the two schools since 1967, a 25-2 Lions win in Gainesville. ... The two current teams do share one thing: a common opponent in 2019. The Lions handed GAC its only loss of the season, 30-29 in overtime, in both teams’ season openers. The Trojans lost 45-21 to GAC during a stretch where they were battling injuries. ... A key element could be The Brickyard itself. The Trojans are 12-1 all-time at home in the playoffs. The current group is 4-1 at home in 2019 and 8-2 at home the past two seasons. ... There are interesting matchups all over the field. North Hall is averaging 33.2 ppg despite midseason injuries and has allowed just 17.4 ppg on defense. The Lions have averaged 30.5 ppg but given up 26.3 ppg on defense. ... Lovett Sr. QB  Blaine McAllister will be a tough matchup. McAllister has posted more than 2,000 combined yards and accounted for 25 touchdowns. But the Lions were held to just 68 yards rushing last week by Westminster. ... North Hall is 4-0 over the last month and has scored at least 38 points in each of those wins.
-- NEXT: Winner gets the Crisp County-Windsor Forest winner next week in the 2nd round

CLASS 2A
This is another brutal classification as the top 15 ranked teams all advanced. The top four teams -- Rockmart, Rabun County, Callaway, Hapeville Charter -- all are in different quadrants which sets up the potential for a high-powered semifinals if all survive a tough field. ... The defending state champion, Heard County, comes in as a No. 3 seed and could face Rabun County in the quarterfinals. ... Defenses will be tested in this classification. Six teams are averaging over 40 ppg and another five averaging over 34 ppg coming into the playoffs. ... Two semifinalists from 2018, Callaway and Fitzgerald, could meet in the second round. Meanwhile, 2017 state champion Hapeville Charter, may have to face just one ranked team to reach the semifinals.

CLASS A PUBLIC
Seeds 9 to 16 will play host to seeds 17 to 24 in the first round. ... Irwin County, the 2018 state runner-up, is once again the top seed while Marion County is the No. 2 seed for a second straight season. Mitchell County is the No. 3 seed and defending state champion Clinch County is fourth. ... It is a stout field overall. Irwin County is the only undefeated team left in Class A Public. But three teams have just one loss and seven others, including Commerce, have just two losses.

Playoffs 1st round caps: Nine area teams begin playoff journey
It’s finally here. The first round of the 2019 Georgia High School Association football playoffs get under way on Friday around the state and in northeast Georgia... 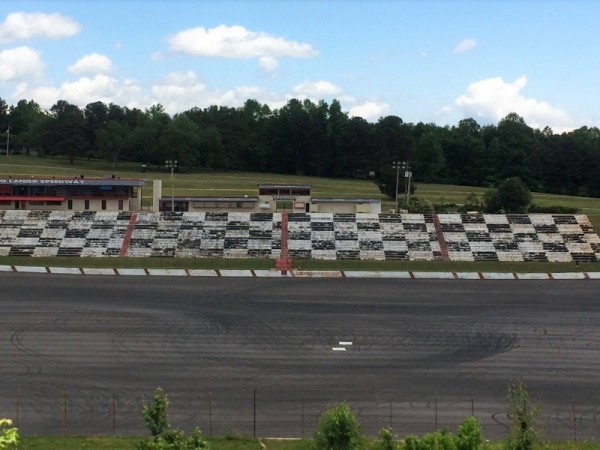 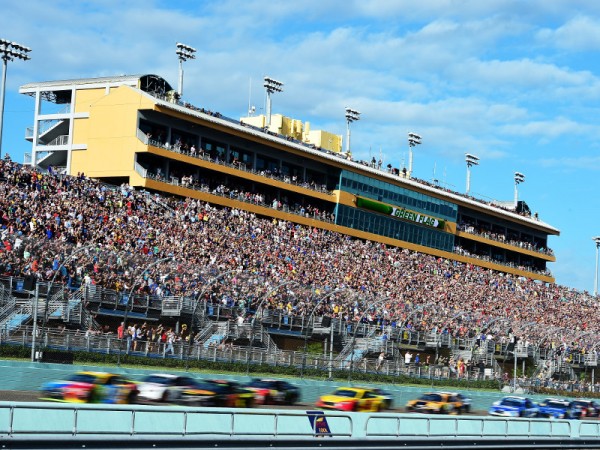 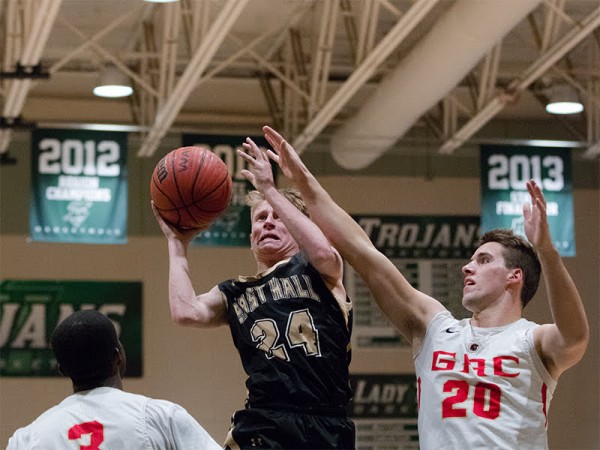 2019-20 Boys Basketball preview: A new direction for area programs create a lot of question marks
The 2019-20 boys basketball season is one that begins with a lot of unknowns... 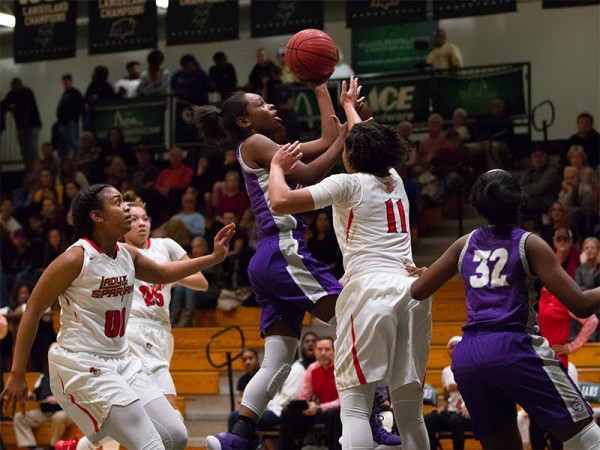 2019-20 Girls Basketball preview: Youth will define season for many NEGa area teams
The 2018-19 girls basketball season may be a tough one to top for northeast Georgia area teams... 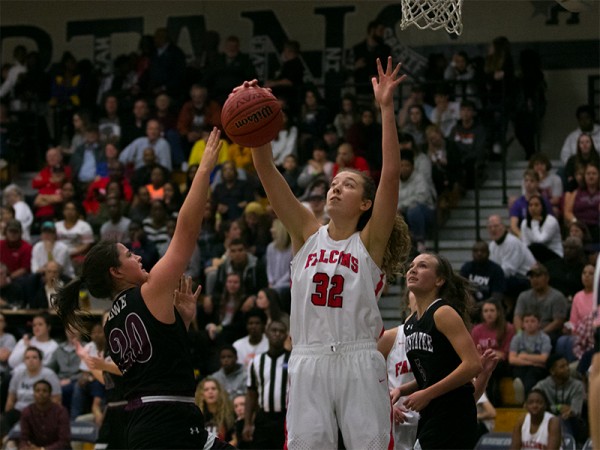 Lady Falcons ready to show off new-look, younger group
After a somewhat brief pause, “young,” was all Flowery Branch girls basketball coach Courtney Newton-Gonzalez could muster for her initial description of her 2019-20 team...
High School Sports 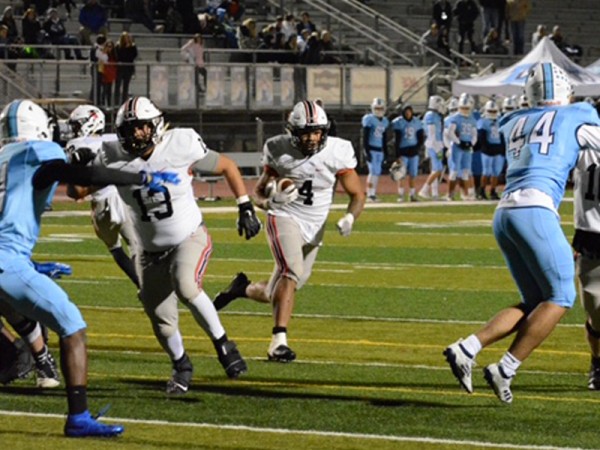 Branch falls to fourth in 7-4A after loss to Denmark
Flowery Branch’s bid for a No. 3 seed in Region 7-4A was snuffed out by Denmark Friday night...

Panthers close out McWhorter's first season with shutout win
Jackson County snapped a six-game losing streak with a 17-0 win over rival East jackson Friday night in both teams’ season and Region 8-3A finales...

Playoffs get under way with huge matchups on Jacobs Media airwaves
The Jacobs Media family of stations on Friday night will open the playoff season in style with three big matchups on air, and streaming, in the first round Georgia High School Association playoffs...
By Jeff Hart