Firefighters respond to McDonald’s in Cleveland for small fire 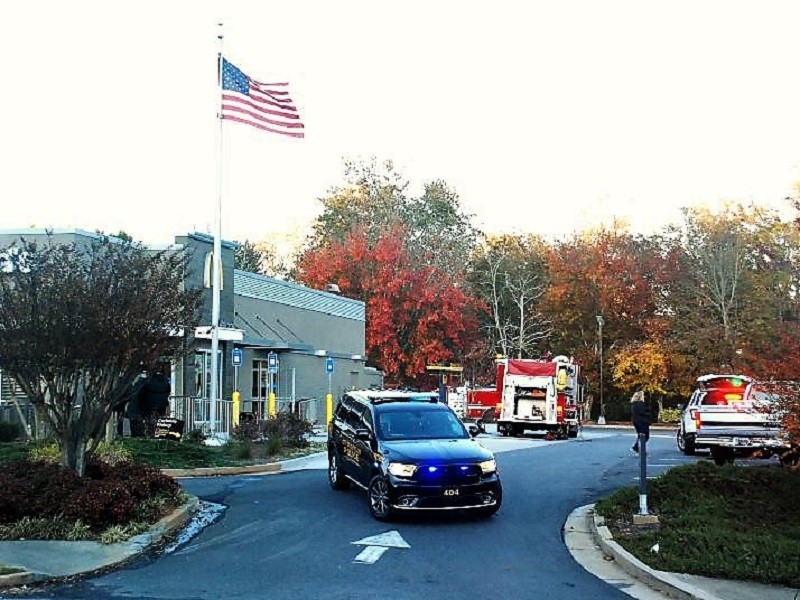 Cleveland police block the entrance to McDonald's while fire personnel work at the scene of a fire in the building Tuesday afternoon.
Dean Dyer
Contact Editor
CLEVELAND — Cleveland and White County firefighters responded to their second restaurant fire this week.
At 4:33 Tuesday afternoon, firefighters were dispatched to McDonald's on South Main Street in Cleveland after employees reported smoke filling the building.
“It appears [they] had a malfunction with one of the heating and air units on the roof and had a minor fire down in some of the ductwork,” said Cleveland Fire Chief Ricky Pruitt.
The fire was extinguished quickly and Pruitt said the business had a heating and air service person coming to work on the system and would be able to clean up and open back up for business.
Everyone was evacuated from the building prior to fire department arrival and no injuries were reported, Pruitt said.

This is the second fire in Cleveland in three days. J.W. Reed’s Tavern on North Main Street was destroyed by a fire reported Sunday morning.