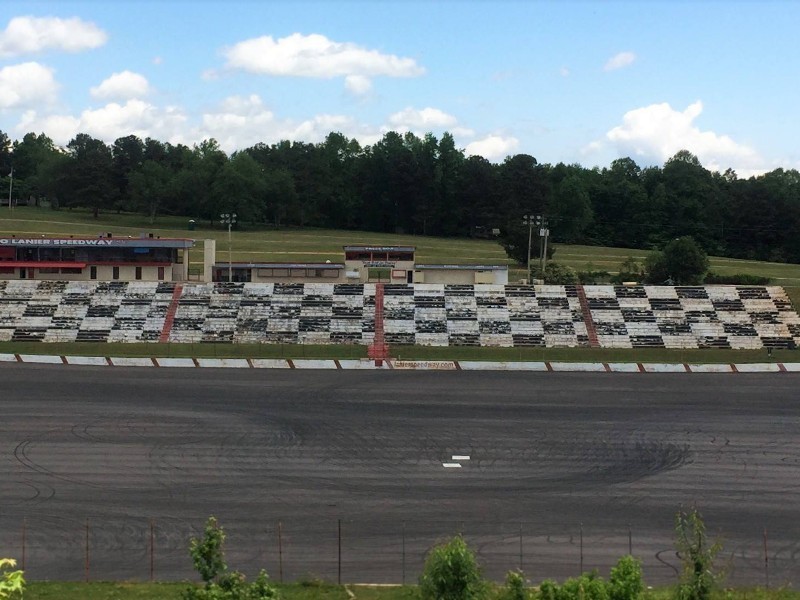 Lanier Raceplex will play host to the 2019 PASS Super Late Model Series stock car championship finale event this weekend. It will be the first time since 2012 that stock cars have competed at the track.
Photo: Lanier Raceplex/Twitter
Contact Editor

For the first time in seven years, Asphalt Super Late Model racing is set to return to Lanier Raceplex this weekend.

The Braselton, Georgia 3/8-mile track, formerly known as Lanier Raceway and Lanier National Speedway, is slated to play host to the PASS Super Late Models on Friday and Saturday.

Throwing back to the original name of the speedway, the Lanier National 200 will pay $6,000 to win and $1,000 just to start the feature on Saturday, November 16. Along with the 200 lap contest, PASS National points leader Mike Hopkins will look to be crowned the 12th series champion.

Joining the PASS Super Late Models in action will be feature events for Legends Pros/Masters, Semi-Pros, and Young Lions, along with racing for Bandeleros.

Opened as a dirt track by Georgia Racing Hall of Famer and Gainesville, Georgia resident Bud Lunsford in 1982, the .375-mile speed plant hosted the World Of Outlaws Sprint Cars six times, with open wheel legends Steve Kinser and Sammy Swindell each taking the checkered flag twice. In 1987, Lanier National Speedway was paved and the late Darrell Brown of Alabama scored the win in the first big event there on pavement for the NASCAR Winston All-American Challenge Series.

From 1989-1992, Lanier hosted the NASCAR Busch Grand National Series with Ronald Cooper, Chuck Bown, David Green, and Bobby Labonte all taking wins. The track continued to host some of the biggest Super Late Model events in the country through the 1990s as short track pavement legends like Mike Garvey, Freddie Query, Billy Bigley, Jr., Wayne Willard, among others taking home wins at Lanier.

A new generation of drivers came up through the ranks at Lanier in the 2000s, including Chase Elliott, Bubba Pollard, Casey Roderick and Paul Kelley.

When PASS initially began sanctioning Super Late Model races in the south, Lanier was one of the first tracks to come on board to host an event. Georgia native Jason Hogan won the first PASS race there in 2006, while Maine’s Corey Williams took the checkered flag the most recent time PASS held a race at Lanier in 2007.

Now in its 12th season, Super Late series will bring drivers together from all over North America to compete next weekend at Lanier Raceplex. In addition to the grandstands being open, Lanier’s trackside parking will be available to fans for this event. The track was repaved and all infield buildings were torn down when the facility was transformed to host drifting events and Go-Kart racing for the public. All race cars will be pitted outside the track.

Action begins at Lanier Raceplex on Friday, November 15 with practice for PASS Super Late Models and Legends car, with the main features slated for Saturday, November 16.