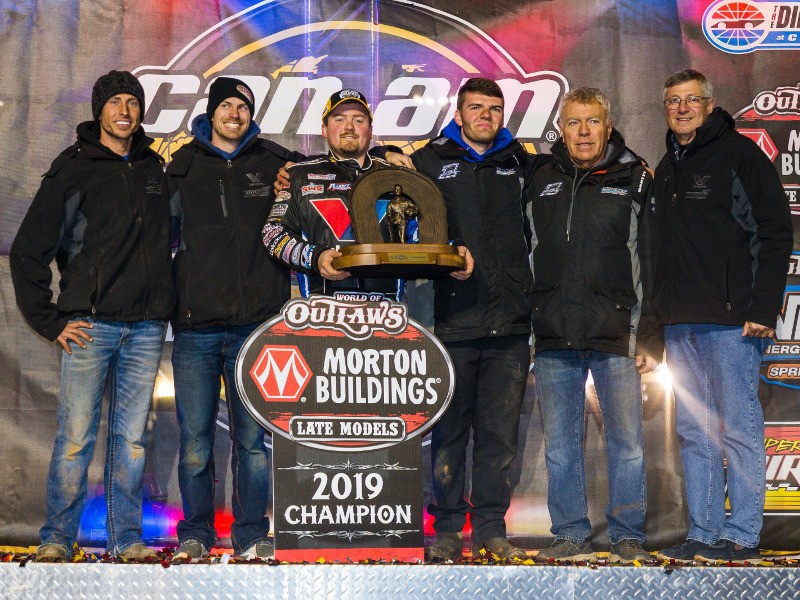 CONCORD, N.C. – Jimmy Owens closed out the World of Outlaws Morton Buildings Late Model Series with a victory on Saturday night in the Can-Am World Finals at The Dirt Track at Charlotte Motor Speedway.

It marked the seventh career series win for Owens at Charlotte – the most for any driver at the facility.

“The car’s been really good all weekend, we just had a little bit of misfortune the night before,” Owens said in Victory Lane after the race. “I’m just glad to get this Red Line Oil, Reece Monument, Ramirez Motorsports car home in the lead.”

Meanwhile, Brandon Sheppard celebrated his sixth series championship title, with 18 wins and a record-breaking 340-point margin over second-place in the overall points standings.

“It was just another one of those years,” Sheppard said. “We didn’t get the 19th win like we wanted, but at the end of the day, that gives us something to chase next year. The record is still there, and we know we can do it, it’s just a matter of putting a full season together, doing the same thing we did this year and getting lucky once more.”