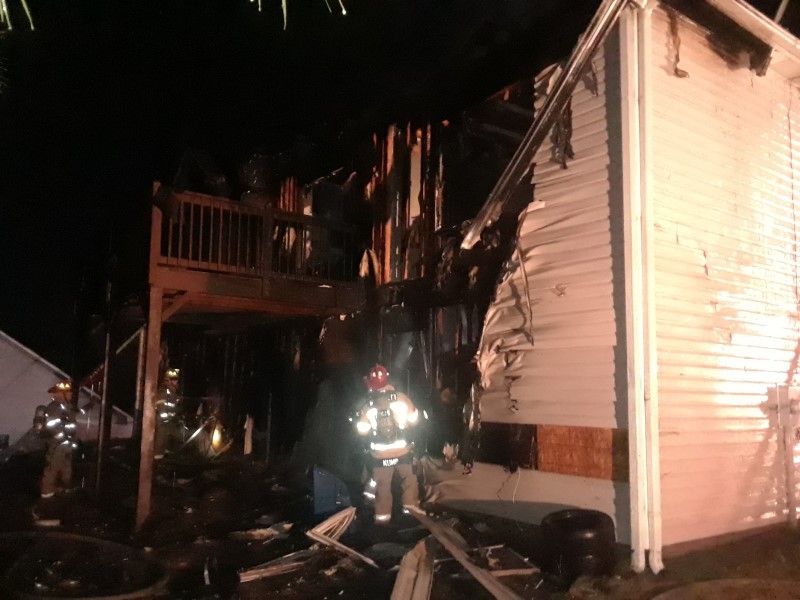 Thanks to an alert family member and working smoke detectors, eight people were able to escape a burning home in unincorporated Lawrenceville Friday night.

Gwinnett County Fire Department spokesman Justin Wilson said firefighters were called to the house fire on Cruiser Run, SE just after 11 p.m. He said a caller to 911 reported the basement of the house was on fire and said everyone inside the house had evacuated safely.

"Fire crews arrived on scene to find a two-story, split-foyer residence with heavy fire involvement in the rear of the structure with smoke billowing from the front door and eaves of the attic," Wilson said in a press statement. "As firefighters entered the structure from the front door and made their way up the stairs, conditions were rapidly deteriorating with flames breaking through the roof. Due to the heavy fire involvement through both floors and the roof, the decision was made to back crews out and transition to a defensive mode of operation."

Wilson said the house sustained extensive damage and is considered a complete loss.

At this point, investigators are unsure of the cause of the fire.

"A family member on the first floor was awakened by heat and the smell of smoke. Upon investigation, the occupant found smoke on the first floor of the home and alerted everyone else to evacuate," Wilson said. "Smoke alarms had activated as the family was evacuating."

Wilson said the American Red Cross is providing help to the four adults and four children who were displaced.