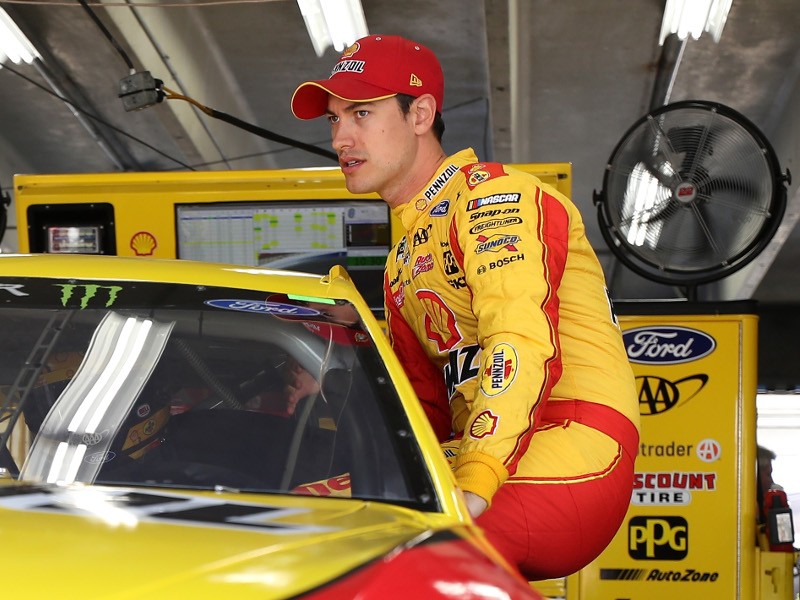 But as Joey Logano well knows, we’re not there yet.

Logano, the defending series champion, enters Sunday’s Bluegreen Vacations 500 at ISM Raceway with a 20-point edge over Denny Hamlin. Logano and Hamlin are fourth and fifth in the Playoff standings, respectively.

Martinsville winner Martin Truex, Jr. and Texas winner Kevin Harvick have clinched two of the four available berths in the Championship 4 race at Miami, to be contested on Nov. 17. Kyle Busch and Logano currently hold the other two title-eligible positions, with Sunday’s race still to be run.

Logano is taking nothing for granted.

“I’d use the word cushion a little easily,” Logano said of his edge over Hamlin. “Twenty points is nice, but the fact that you’re fourth in points means if one of those other four cars that are not in wins (Hamlin, Ryan Blaney, Kyle Larson or Chase Elliott), you’re first out. The good news is we’re only a couple points from the 18 (Busch) that’s right in front of us, so we have to race him to really kind of control our destiny.

“Really, winning the race is the best way to control your own destiny, obviously, but I like our position. It’s better than being outside looking in. I’d rather be on the inside still trying to move forward, so we’ll kind of have to wait and see. I’m interested to see in practice the speed we have in our car. I’m excited to work on it and see what we can do and try to score as many points as possible through each stage and have the best finish.”

The bad news? Busch, the driver Logano is chasing for the security of third place, topped the speed chart in the session at 137.562 mph.

Chase Briscoe considers ISM Raceway in Phoenix one of his most challenging race tracks.

He considers Homestead-Miami Speedway one of his best.

Here’s the problem: Briscoe must overcome an 18-point deficit to Justin Allgaier in Saturday’s Desert Diamond Casino West Valley 200 to earn a chance to race for the championship a week later at Homestead.

Allgaier is fourth in the NASCAR Xfinity Series Playoff standings. Briscoe is fifth, with the Playoff field set to be cut from eight drivers to four on Saturday. At this point, Briscoe doesn’t feel he’s in a must-win scenario.

His approach to the competition depends on how the race develops from the first stage onward.

“I think it depends on the stages and how the stage points go,” Briscoe said on Friday at ISM Raceway. “If you’re looking good stage-points-wise, 18 points isn’t a lot to make up if he has an issue. If you’re still 18 points back after the second stage, you’ve got to win the race.

“If you’re three, four or five points back, you don’t have to win the race. You’ve just got to race the 7 (Allgaier) and hopefully beat him by those spots. I think the stage points is what determines everything, and you kind of see that in all three series.”

If Briscoe can survive Phoenix, he likes his title chances at Miami. After all, he ran exceedingly well there during a test in August.

“Typically there, (tire) falloff is at a particular time over a 40-lap run, and we were two tenths (of a second) better than that,” Briscoe said. “If we can get to Homestead, we have a legitimate shot at winning the championship.”