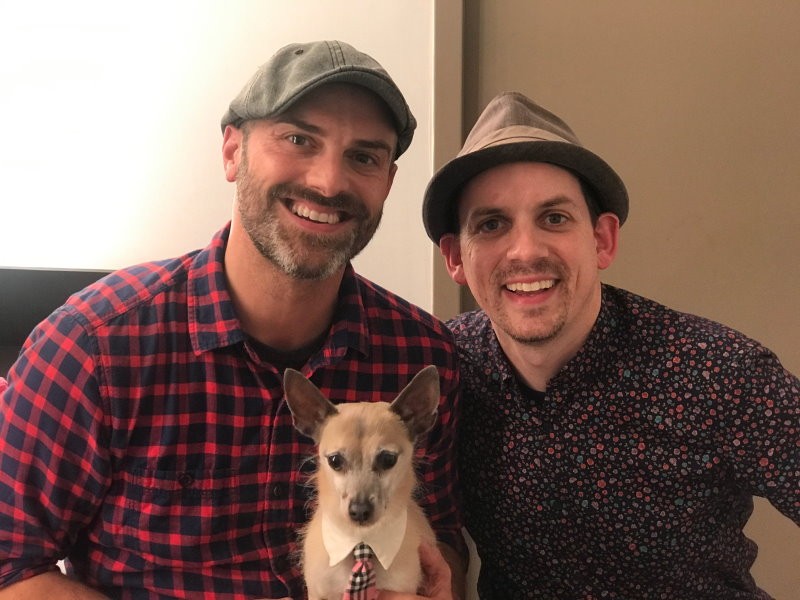 Dustin Harder (left), Frankie and David Rosetti joined AccessWDUN for an interview about Frankie and his work with GTA's Legally Blonde
Alyson Shields 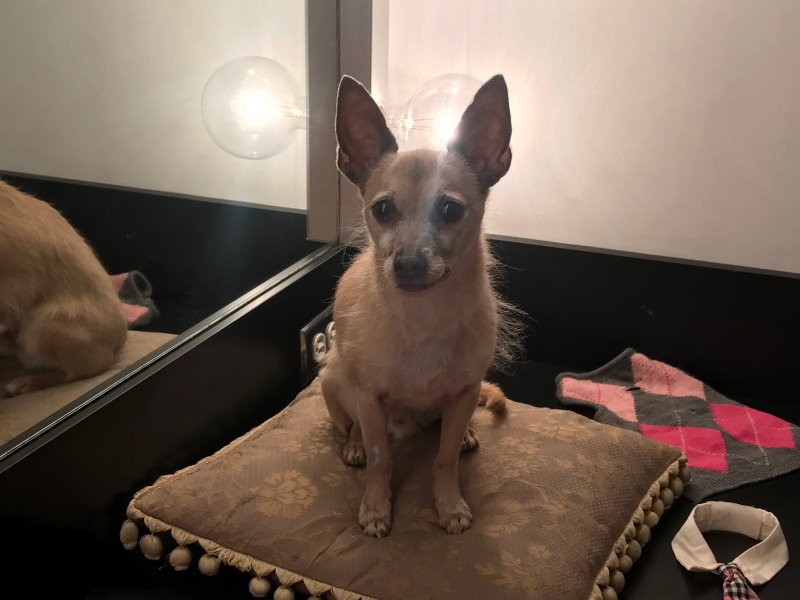 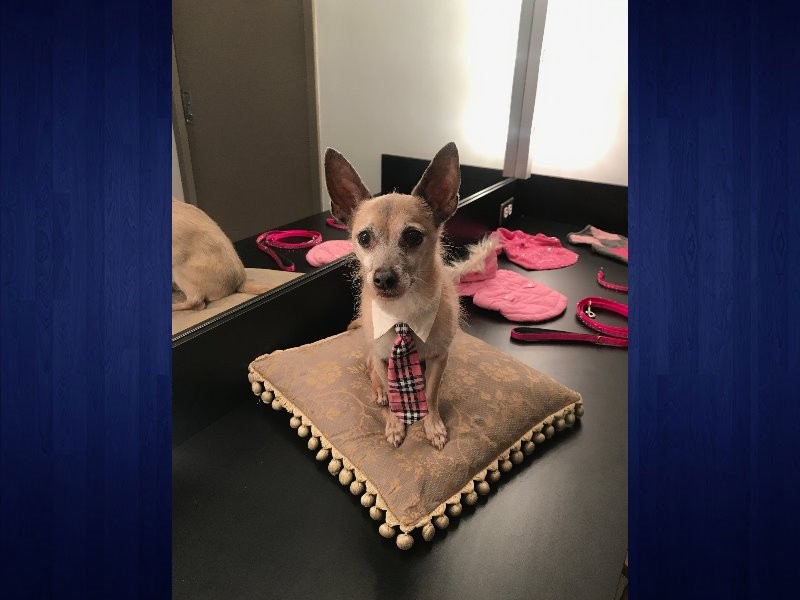 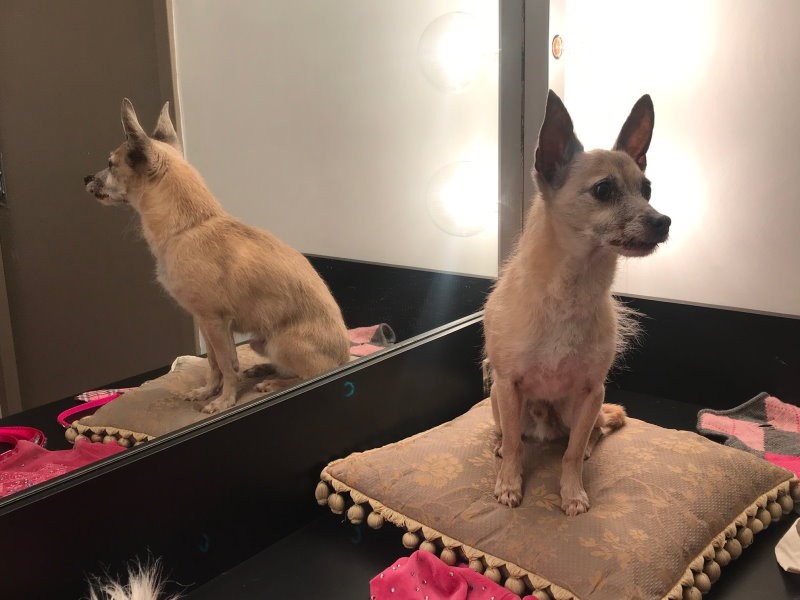 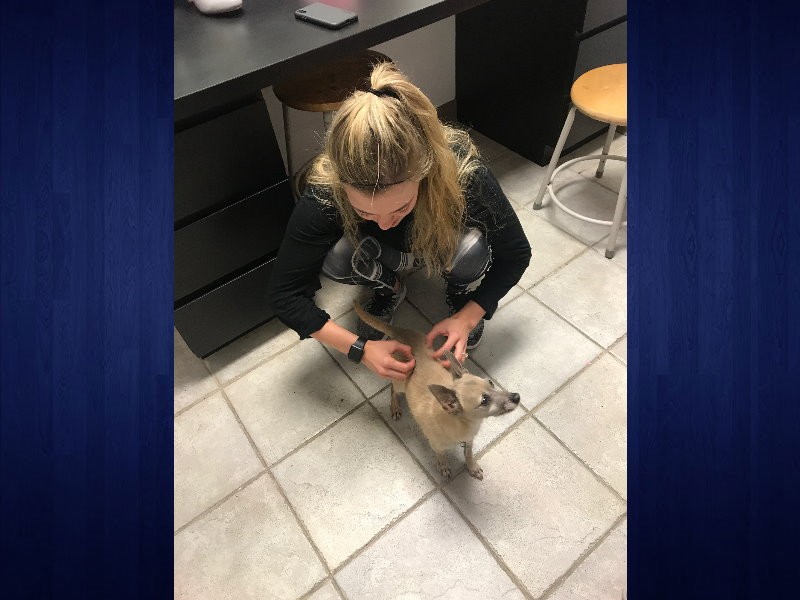 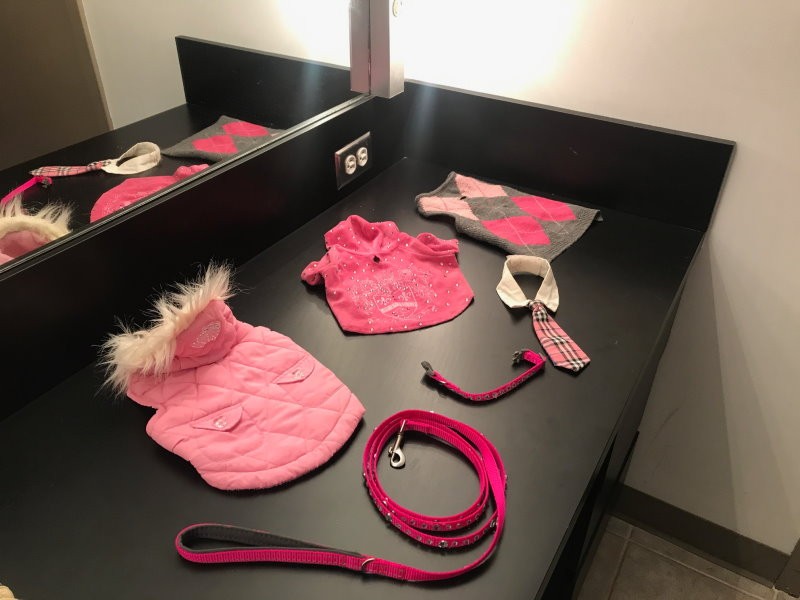 Related Articles
Gainesville Theatre Alliance ready for its 40th seasonTwo Gainesville-based groups among Georgia Council for the Arts grant recipientsGainesville Theatre Alliance season tickets now on saleBrenau students participate in Interdepartmental Death and Dying Simulation
Contact Editor
Oh my god, oh my god you guys. I got to interview a CELEBRITY and it was a big one – Frankie, the rescue dog turned superstar that is portraying Bruiser Woods in the Gainesville Theatre Alliance’s legally Blonde: The Musical, opening Tuesday night and running until November 16.
Frankie, 11, is not only a total sweetie (he sat on my feet while I was speaking with his handler and director) and totally handsome (I’m a sucker for the scruffy look) but he’s incredibly talented. In fact, he has been in the most productions of Legally Blonde, more than any other cast member - canine OR human. He’s done all of the national tours, and the original.
His handler, Dustin Harder, said Frankie was rescued from a shelter in Meridian, Connecticut in 2008 and developed his stage talent as part of the William Berloni Theatrical Animals Inc. Harder said they decided to try using him on stage in Legally Blonde, and the rest is history. But, like any actor, the dog not only must have a talent but also the will to perform.
"To be a dog actor, you have to be able to sort of relax in an atmosphere where there's a lot going on. He manages the actors and also the audience as well. If there's an audience there, he has to be comfortable with it.
Harder said stage fright is possible with acting pups, but Frankie does well when it comes to the bright lights and moving feet.
"The thing about Chihuahuas is that they're small, so they're always trying to protect us because everything looks so big. So occasionally, he'll try and protect Elle or Margot - Lauren (Hill) and Margaret (Holtkamp), the actresses playing those roles because he loves them so much - but I wouldn't say he gets spooked, he just gets protective."
It was for Director and Choreographer David Rossetti to get a real dog to play Bruiser, instead of a stuffed animal or a robot toy dog, or whatever else. Rossetti said a well-trained animal actor can only enhance your show.
"It gives a sort of credibility to the show," said Rossetti. "When we agreed to Legally Blonde - we (Harder and Rossetti) met during the Broadway production of Annie and that's where I met Bill Berloni and he's been doing it for 35 years, he really is the go-to guy for Broadway, TV and film," said Rossetti. "I was like, 'There's no reason we can't have him here,' and the audience just loves it, it gives a credibility that we actually had a dog that's professionally trained, that's not just Aunt Biddy and Sissy's favorite scrappy dog. It's a real Chihuahua that is appropriate to the material."
One thing that makes a difference in the chemistry between the animal actor and the human actors. Rossetti said they made sure that the chemistry was there for stars Lauren Hill, who plays Elle, and Margaret Holtkamp, who plays Margot.
"What really takes time is getting the actors into the groove of it," said Harder. "How the actors are really determines how the dog is going to be in the show. Frankie can know the show but if his actors are confused about what they're supposed to be doing, then he's not going to know where to go or what to do.
"Fortunately, Lauren Hill and Margaret Holtkamp are phenomenal. They really came in to it, they love Frankie, they really came in guns a-blazin', ready to have a dog. They don't take any steps backwards, they're all about moving forward and they've really been good for Frankie since the moment they met him."
My high school used a pet Yorkie for a few scene in Anything Goes my junior year. My job was to watch the dog when he was off-stage. The dog was a family pet – total sweetie – and already knew me, because he belonged to a friend of mine. So I wondered what actually took to train a stage dog.
"We just shower them with love and affection to get them to do the things that make the audience happy. It's all about rewarding them with praise and rewarding them with positivity, and that's how we get them from Point A to Point B," said Harder.
Legally Blonde, if you’re not familiar, is a big production that follows Elle Woods as she goes from stereotypical sorority girl in Malibu to powerhouse Harvard Law student following a nasty break up. The show is renowned for it’s theatrical elements and that means there are killer dance numbers, including one involving jump-roping. I won’t spoil it – see the show for yourself starting Tuesday night.
Listen to the full interview with Frankie, Harder and Rossetti by clicking the play button above, and check out more show information and the box office online here.

Legally Blonde, if you’re not familiar, is a big production that follows Elle Woods as she goes from stereotypical sorority girl in Malibu to powerhouse Harvard Law student following a nasty break up. The show is renowned for it’s theatrical elements and that means there are killer dance numbers.

Listen to the full interview with Frankie, Harder and Rossetti by clicking the play button above, and check out more show information and the box office online here.

It doesn't stop there. During the run of the show, GTA will partner with the Humane Society of Northeast Georgia, showcasing "Friends of Frankie" - animals up for adoption. They will have an Ambassadog and collect donations for their rescue at the November 9 matinee.

Hall County names directors of Public Works, Planning & Development
Two leaders within Hall County Government who have been serving in an acting capacity have now assumed permanent titles within the County's Public Works and Planning and Development departments. 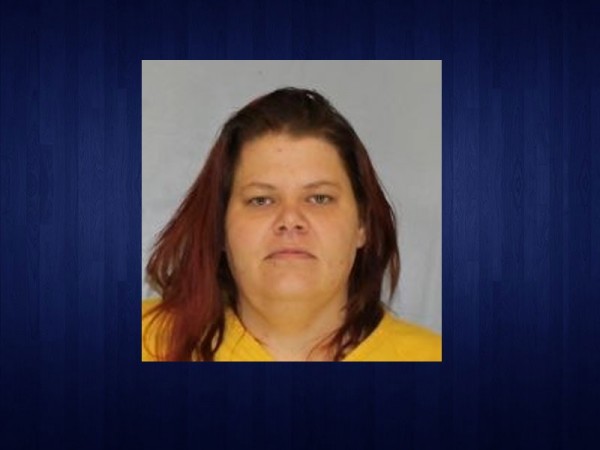 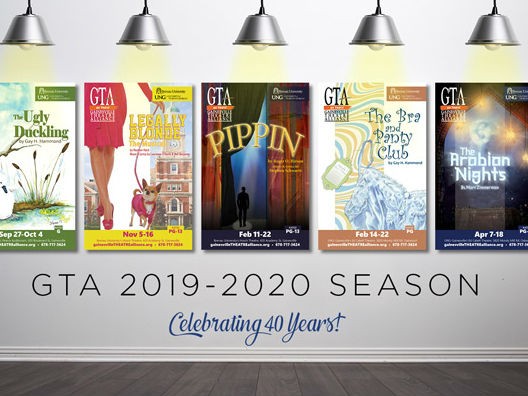 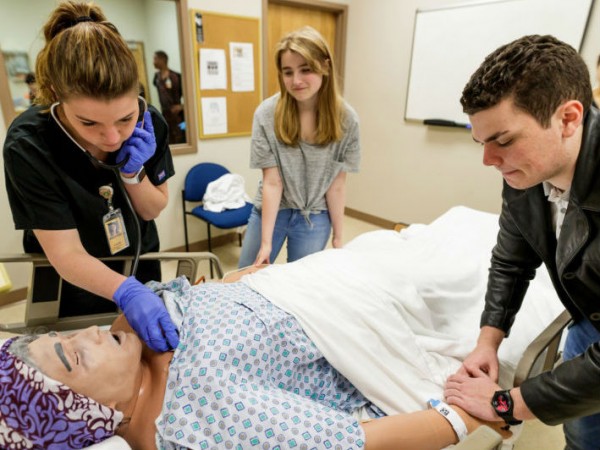 Brenau students participate in Interdepartmental Death and Dying Simulation
An interdepartmental project each semester brings together Brenau University students from three very different disciplines to practice handling one of the hardest things in life: death.
By AccessWDUN Staff

Gainesville Theatre Alliance’s 2017-18 season tickets on sale now
A childhood classic, a George and Ira Gershwin musical and a Grecian tale of tragedy and triumph are just a few of the theatrical productions the Gainesville Theatre Alliance has in store for the 2017-18 season.
By Ken Stanford
Privacy | User Agreement | Contact | Advertise With Us
2020 © Jacobs Media Corporation. All rights reserved. EEO Report. Website by Full Media
Login / My Access
close
Search