More than a dozen playoff spots are still up for grabs around the northeast Georgia area as the regular season of the high school football season rolls into its next-to-lst week Friday night.

Only one region champion has been decided in the seven northeast Georgia regions in the AccessWDUN coverage area -- Jefferson in Region 8-3A.

Meanwhile, with 16 games scheduled on Friday night, half-a-dozen dozen teams can set themselves up for a shot at region titles next week while another half-dozen can stay alive or clinch playoff berths.

CLARKE CENTRAL at JOHNSON
-- WHEN: 7:30 p.m.
-- WHERE: Billy Ellis Memorial Stadium, Oakwood
-- CLARKE CENTRAL (5-3, 2-1 Region 8-5A): Off last week; defeated Walnut Grove 56-3 two weeks ago
-- JOHNSON (4-4, 1-2 Region 8-5A): Off last week; lost 26-21 to Cedar Shoals two weeks ago
-- NOTABLE: Clarke Central leads series 19-1-1. The Gladiators won 55-3 in 2018 in Athens. Johnson won the very first meeting 23-12 in 1972. Clarke has 18 straight going back to 1975 with only one game being decided by 7 points or less. ... The series has not been kind to the Knights but they have shown they are ready to be competitive in a tough region. They took the Jaguars down to the wire two weeks ago. ... The key will be if the Knights can get their ground game going behind Jack Luttrell and Nolan Bulloch against a Gladiators defense that has struggled at times. The Gladiators have allowed 36 or more points four times this season, the most such games in any one season since the 1947 team did it four times when the school was the Athens Trojans.

COMMERCE at RIVERSIDE MILITARY
-- WHEN: 7:30 p.m.
-- WHERE: Maginnis Field, Gainesville
-- COMMERCE (6-2, 2-1 Region 8-A North): Ranked No. 7 in Class A-Public; defeated Towns County 56-16 last week
-- RIVERSIDE MILITARY (4-4, 1-2 Region 8-A North): Lost 49-21 to Hebron Christian last week
-- NOTABLE: Commerce leads series 4-2. Riverside won 20-19 in 2018 in Commerce. Last year’s win for the Eagles was their first in the series since 1944. ... It’s a big game for both teams as they try to finish high in the subregion for next week’s crossover game. But it’s a HUGE game for the Eagles, who currently find themselves on the outside-looking-in for a playoff spot. ... RMA has lost two straight and has dropped from a season-high 4th in the Class A Private power ratings early in the season to a season-low 27th after last week’s loss. They face an almost must-win this week, or next week against a projected rematch with No. 7 Prince Avenue, which beat them 70-27 earlier in the season. ... The Tigers, who sit 13th in Class A-Public, can still climb into the top 8 with a win this week and next in the crossover game. ... The key matchup may be the Commerce offense, which is averaging 39.3 ppg, against an RMA defense that has allowed 30.2 ppg over its last five games. ... The Eagles offense also has been slumping scoring just 42 points (21.5 ppg) the last two weeks after averaging 34.8 ppg over their first six games. Commerce is yielding just 16.3 ppg on the season.

LUMPKIN COUNTY at FANNIN COUNTY
-- WHEN: 7:30 p.m.
-- WHERE: Rebel Stadium, Blue Ridge
-- LUMPKIN COUNTY (1-7, 0-4 Region 7-3A): Lost 59-0 to North Hall last week
-- FANNIN COUNTY (5-3, 2-2 Region 7-3A): Lost 51-7 to Dawson County last week
-- NOTABLE: Fannin County leads series 14-5. The Rebels won 35-14 in 2018 in Dahlonega. The two teams have split the last four meetings. ... Lumpkin has been eliminated from the playoffs but like East Hall can play the spoiler role. Fannin County is battling for a playoff spot and possible seeding with Dawson County, North Hall, and Cherokee Bluff. One win by the Rebels would clinch a second straight playoff berth. ... The Fannin offense has struggled of late scoring just 7 total points the past two weeks after averaging 33.5 ppg over the first six weeks of the season. The Lumpkin defense, however, has allowed the 6th-most points (324, 40.5 ppg) in Class 3A. ... The Indians have lost four straight and have been outscored 198-20 in that span.

Week 11 caps: A dozen teams still alive for playoff berths around the area
More than a dozen playoff spots are still up for grabs around the northeast Georgia area as the regular season of the high school football season rolls into its next-to-lst week Friday night... 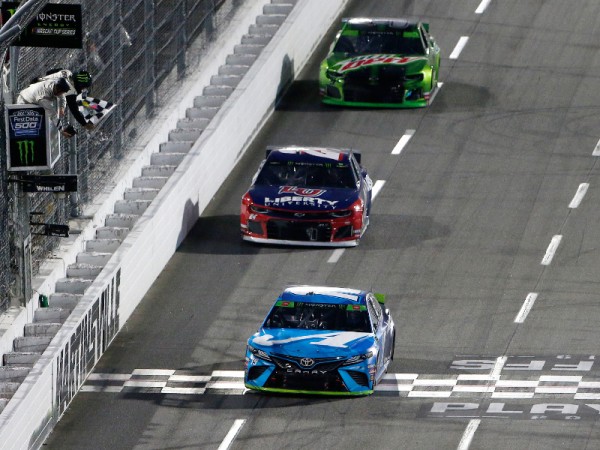 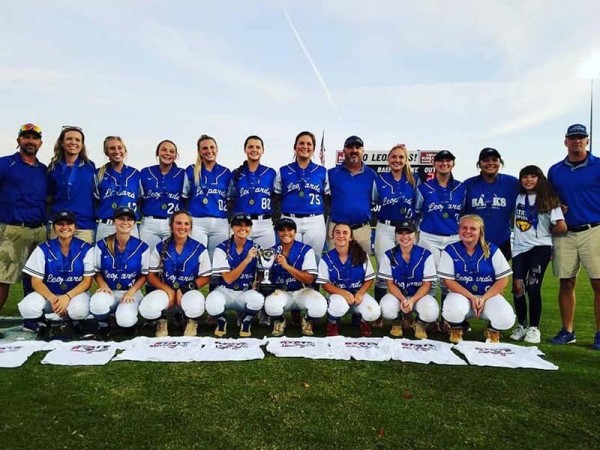 Playoff contenders highlight FGN on Jacobs Media airwaves
The Jacobs Media family of stations on Friday night will have three big matchups on air, and streaming, as the prep football season moves into its next-to-last week...
High School Sports 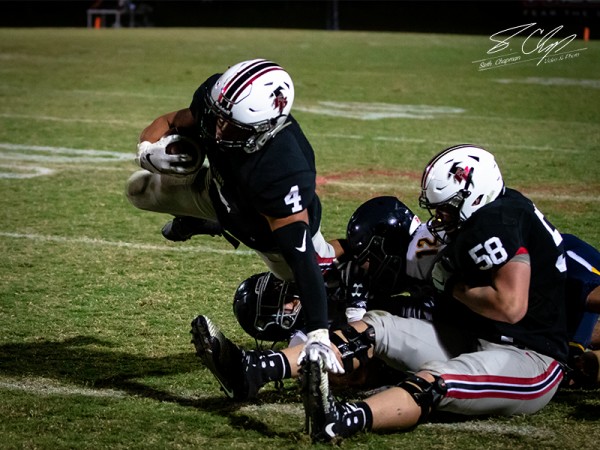 No. 1 Marist too much for Falcons in 7-4A showdown
No. 1 Marist held Flowery Branch to just 193 total yards and turned a pair of turnovers into scores en route to a 27-0 win Friday night in a critical Region 7-4A battle at Falcon Field...

Playoff contenders highlight FGN on Jacobs Media airwaves
The Jacobs Media family of stations on Friday night will have three big matchups on air, and streaming, as the prep football season moves into its next-to-last week...
By Jeff Hart

5 Things: What we learned from Week 10 of high school football
A region championship was secured and several other northeast Georgia teams stepped closer to securing their place in the 2019 state playoffs Friday night...
By Caleb Hutchins
Privacy | User Agreement | Contact | Advertise With Us
2022 © Jacobs Media Corporation. All rights reserved. EEO Report. Website by Full Media
Login / My Access
close
Search