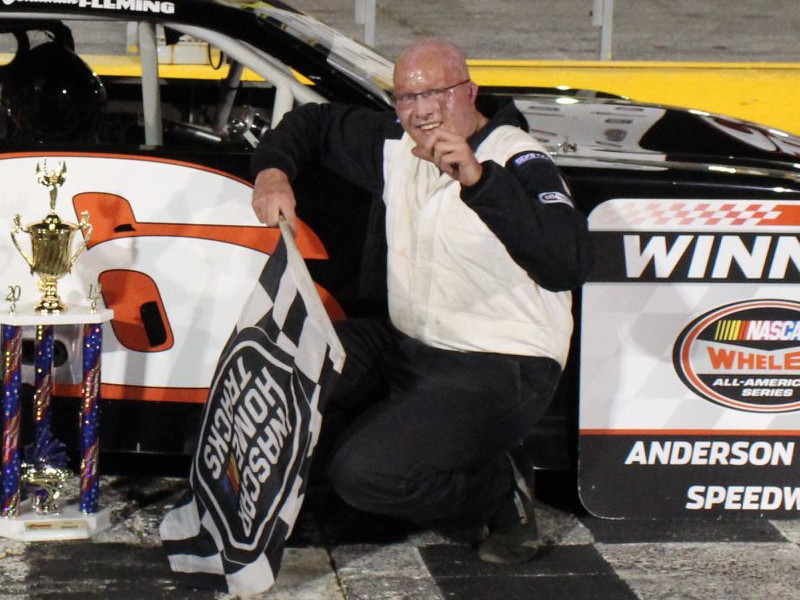 It may have taken three extra weeks, but Anderson Motor Speedway in Williamston, South Carolina finally put a lid on the 2019 season with its Night of Champions on Friday night.

While the regular points season at the 3/8-mile asphalt track ended on September 6, the final night of regular division racing had been set for September 13. But rain showers washed out the event, moving it to October 4.

Despite the delay, Jonathon Fleming had all the bases covered en route to scoring the Limited Late Model feature.

Fleming started the night by topping the speed charts in qualifying to capture the pole for the feature. From there, he went on to edge out Chris Whitfield for the win.

It marked the only division win of the season for Fleming at Anderson.

Devin Kelley followed in third, with Kevin Sterling in fourth and Jack Robertson in fifth.

In other action, Chuck Mitchell held off Austin Northcutt for the BM Modifieds feature win. Adam Callaham finished in third, with Sam Brown in fourth and Trent Smith in fifth.

Jason Marchbanks scored the victory in the U.S. Legends feature, with Karl Moberg in second, Conner Jones in third, William Cox in fourth and Braden Langille in fifth.

Rodger Gentry was the winner in the Pure Stock feature. Dereck Burgess came home in second, with John Cordell in third, Chase Plesko in fourth and George Call in fifth.