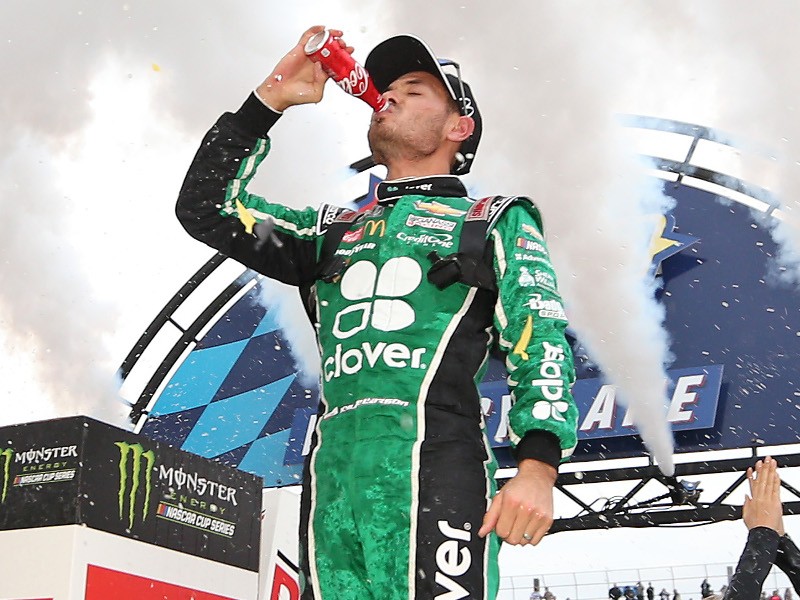 Kyle Larson celebrated his first Monster Energy NASCAR Cup Series victory in two years Sunday at Dover International Speedway, taking the checkered flag in the Drydene 400 by a convincing 1.578-seconds over Martin Truex, Jr. and securing himself and his Chip Ganassi Racing team their first ever berth in the upcoming Playoff Round of 8.

Larson’s friend and polesitter Denny Hamlin finished fifth after leading a race best 218 laps. But perhaps the two golf buddies would agree, on this Sunday, Larson’s long game was just a bit better.

Larson, who started alongside Hamlin on the front row, took the race lead on a fast pit stop by his No. 42 Chip Ganassi Racing Chevrolet team during the Stage 2 break, and pulled out to a five, then six-second advantage on the field – first on Hamlin then on Truex, a contender all afternoon. Truex won Stage 2 and led 15 laps but a slight pit stop miscue put the 2017 Cup champion out of the pits sixth on that stage stop instead of with the lead.

“After the first stage I kind of changed my driving style up and I felt like I made the car better at the same time and it really benefitted our long runs,’’ said Larson, who led 154 laps en route to his sixth career – and first Playoff – victory. “That’s as good as I’ve ever been around cutting the bottom here. Just a great combination here. Good to be fast in practice and then be good again in the race and get the win.”

“This is unbelievable,’’ he continued, motioning toward the track’s front grandstands in gratitude.

“I’ve always wanted to win a Cup race here. I’ve been close a number of times, so to get a Golden Monster (trophy) is going to be pretty sweet.’’

Heading to the second race of the Playoffs’ three-race Round 2, Larson’s victory puts him atop the standings with a 500-mile race at the historic Talladega Superspeedway next week. Truex’s runner-up finish puts him atop the points – 15 points ahead of his Joe Gibbs Racing teammate Hamlin. Busch’s rally puts the regular season champ fourth in the points standings – tied with Hamlin.

“We were catching him at the end, got closed, just unfortunate there,’’ Truex said. “We win and lose as a team and the guys will clean it up for sure.”

He added, “Every week is about getting most points you can, so a positive day for us.’’

Positive would be an understatement for Larson, who celebrated in victory lane for the first time in 75 races hoisting Dover’s special Golden trophy – specially designed to commemorate the track’s 100th Cup Series race. Larson has been consistently good at Dover throughout his six-year Cup career, the 27-year old Californian earning a pair of runner-up finishes previously. He was third there in the spring race, which was won by Truex.

Hamlin, who won the pole position by a mere .003-seconds over Larson, looked strong early but radioed to his team with 130 laps remaining that he was worried about his car’s engine. At the time, however, he was running fastest among the field and maintaining a nearly 2-second advantage over third place. With about 60 laps to go, Truex got around Hamlin.

Plenty of lapped traffic put Truex in position to perhaps make a move toward Larson. Twice the traffic cut Larson’s leads from more than 5-seconds to under 2-seconds.

Among the other Playoff-eligible drivers, Clint Bowyer rallied to a 10th place finish, one position ahead of 2012 Cup champion Brad Keselowski, who was the only driver to score Top-5 finishes in all three opening round races. William Byron was 13th.

It was a tough day for several other Playoff drivers. Ryan Blaney, who ran Top-10 much of the afternoon, pit on lap 298 complaining of a brake issue. The Team Penske crew took his No. 12 Ford to the garage for repairs and he finished 35th.

It was nothing short of a monstrous beginning for two other Playoff competitors. Reigning Cup champion Joey Logano didn’t even take the green flag with the field. Instead, his No. 22 Team Penske Ford was in the garage where the team was furiously working to repair an axle problem. He returned to the track 24 laps down and finished 34th.

Defending Dover race winner and last week’s Charlotte winner Chase Elliott only lasted eight laps on Sunday – his No. 9 Hendrick Motorsports Chevrolet suffering an early engine failure. He was officially scored last – 38th – and like Logano and Blaney, will need to have big points days at both Talladega and Kansas. Elliott won at Talladega in May and is the defending Kansas Playoff winner.

*Advances to the Round of 8 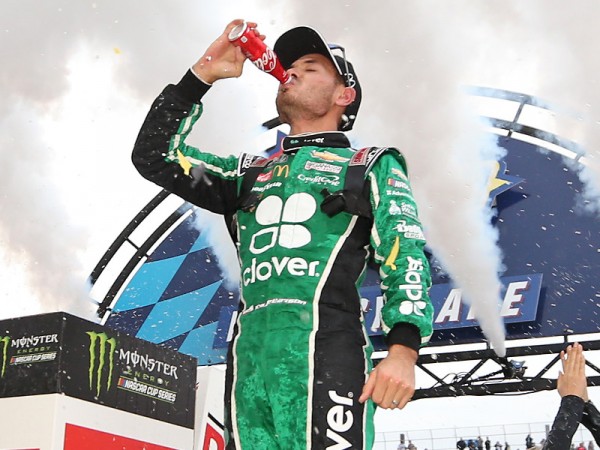 Duvall, Braves rally in 9th, beat Cards 3-1, lead NLDS 2-1
Dansby Swanson hit a tying double with two outs in the ninth inning and Adam Duvall delivered a two-run single as the Atlanta Braves rallied past the St. Louis Cardinals 3-1 to take a 2-1 lead in the NL Division Series

Watson throws 5 TDs, 3 to Fuller; Texans top Falcons 53-32
Deshaun Watson threw for a career-high 426 yards and tied his personal best with five touchdown passes, including three to Will Fuller to lead the Houston Texans to a 53-32 win over the Atlanta Falcons on Sunday.
Sports 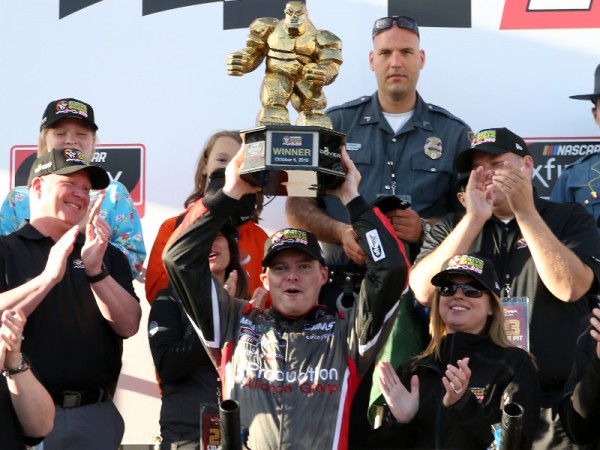 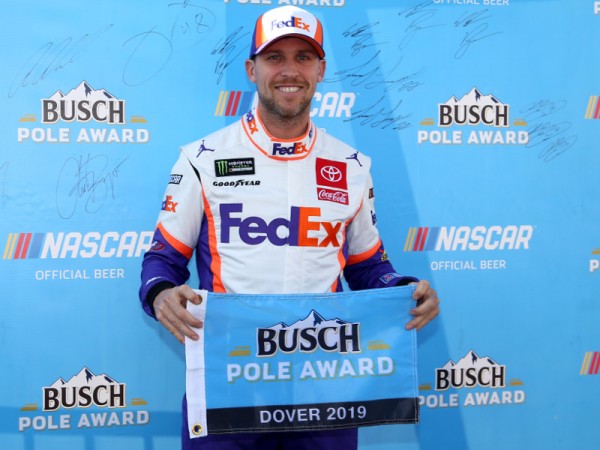 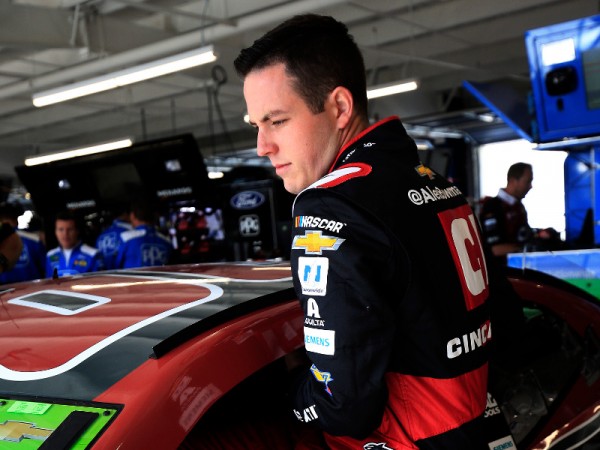 Alex Bowman focused on top performance at Dover
Last weekend Alex Bowman earned headlines for his determined work behind the wheel of his No. 88 Hendrick Motorsports Chevrolet – rallying to a dramatic runner-up finish...
NASCAR News 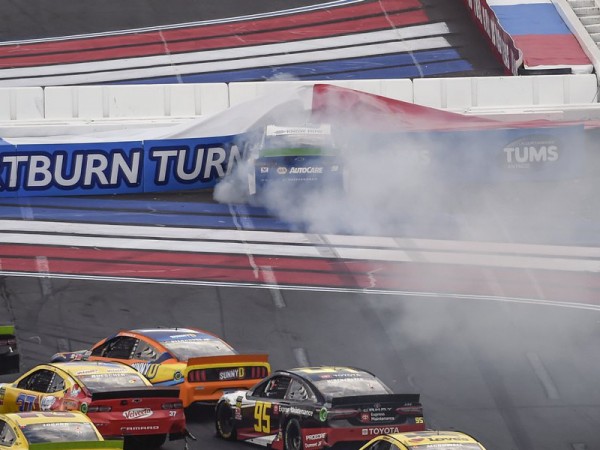 PODCAST: Hard Left Turn - Elliott rebounds for Charlotte win
Chase Elliott was determined to make it to victory lane on Sunday on Charlotte Motor Speedway's infield road course, and he wasn't going to let a little thing like missing a turn and hitting a tire barrier stop him. 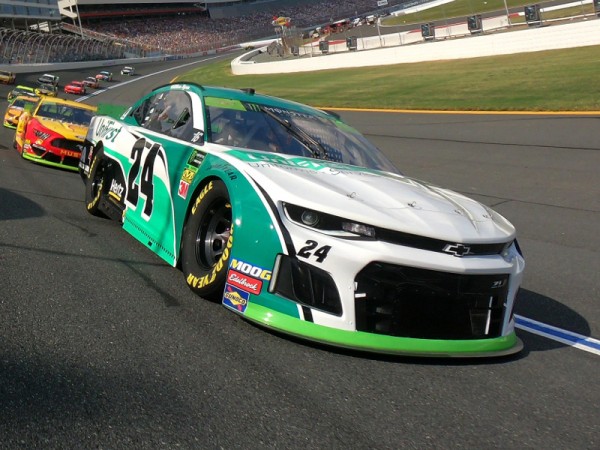 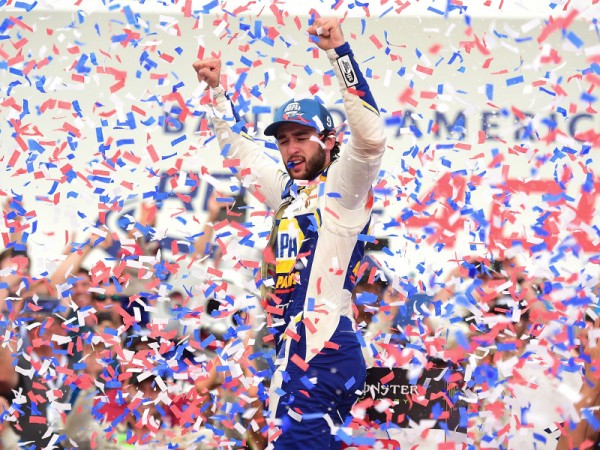 Chase Elliott rallies for Charlotte road course victory
Chase Elliott shook off a nearly disastrous wreck while leading the race and fought his way back through the field to win the Bank of America 400 on Charlotte Motor Speedway’s...
Monster Cup 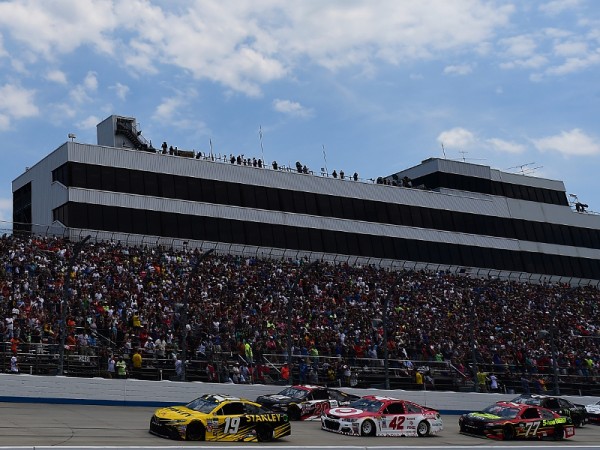 Dover celebrates 100th Cup Series race at Monster Mile
Sunday’s Drydene 400 at Dover International Speedway is set to be more than the opening race in the Monster Energy NASCAR Cup Series Round of 12.
By Zach Sturniolo-NASCAR Wire Service 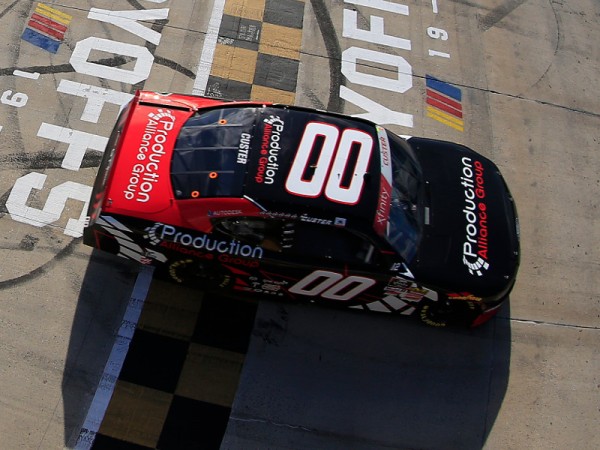