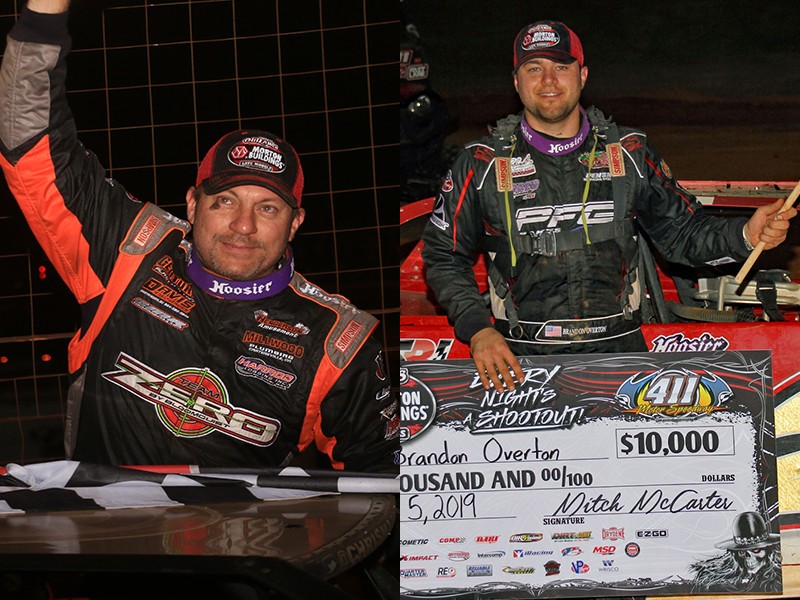 Meanwhile, Georgia native Brandon Overton scored a pair of series wins on the weekend at Cherokee Speedway in Gaffney, South Carolina on Friday, followed by 411 Motor Speedway in Seymour, Tennessee on Saturday.

On Friday night, Madden and Bloomquist battled door-to-door for the final 15 laps around the 3/8-mile Lavonia Speedway.

In the end, it was Madden edging out his teammate for his second series win of the season, and the 26th of his career.

From the drop of the green, Madden took off instantly, grabbing the lead into turn one with Brandon Sheppard hot on his tail. Bloomquist would work to second, and began battling with Madden for the lead with 15 laps to go.

The two were quickly locked into a battle of their own, Sheppard working the bottom lane trying to get underneath Madden in the middle.

A final restart with seven laps remaining allowed Madden to pull away a bit about five laps to go, and went on to the victory.

“I just kept my composure and didn’t miss my marks,” the Grey Court, South Carolina racer said. “I wasn’t even trying to ‘hold them off,’ I just had to find where I was the best at, and I found it, and won the race.”

Bloomquist held on for second, fending off a fierce charge from Brandon Overton in the closing laps.

Sheppard finished in fourth, with Chase in fifth.

On Friday night Brandon Overton scored the win in the Mike Duvall Memorial at Cherokee Speedway.

Right from the drop of the green, Overton took off and never looked back, leading all 50 laps to score the feature victory.

“It’s always easier when you can set the pace,” the Evans, Georgia speedster said. “Our car was really, really good. That’s probably as good as I’ve had one, especially around the bottom here.”

On Saturday night, Overton doubled up on the weekend with a win at 411 Motor Speedway.

Defending race winner Cory Hedgecock led early but saw his chance to repeat go away as he car spewed steam in the exit of turn two, sidelining him for the rest of the night.

Overton inherited the lead into turn three before the caution came out and restacked the field, putting Darrell Lanigan and Cade Dillard on his rear bumper. But Overton was held lead the rest of the way, leading the final 34 laps en route to his fourth series win of the season and seventh of his career.

“I think what helped us more than anything is coming here a lot,” Overton said. “We’ve ran a bunch of races here throughout the year. So, just to get a jump on these guys before they get here, it definitely helps.”

“I’ve never been here with the racetrack like it was tonight,” he continued. “I had a feeling it was going to just clean off and get slick from top to bottom like it usually does, and it didn’t, so I had to change my line up a bit getting into turn three because I kept pushing.”

Up next for the World of Outlaws Morton Buildings Late Model Series is the Can-AM World Finals as the Dirt Track at Charlotte Nov. 7-9. Visit WorldofOutlaws.com for more details.