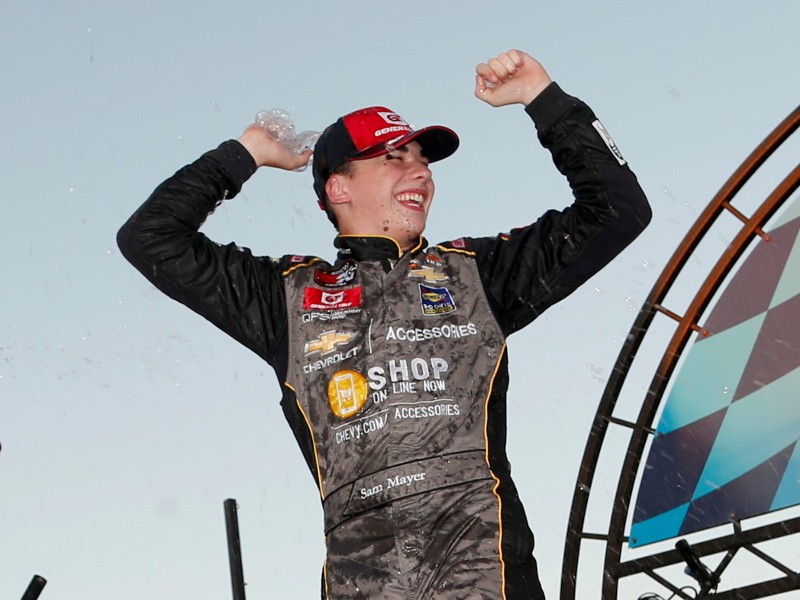 All Sam Mayer had to do to clinch the 2019 K&N Pro Series East championship was take the green flag. But after being quickest in practice and qualifying on the pole, he led all but two laps to close the season with a win on Friday at Dover International Speedway and celebrate in style.

“I can’t thank everyone at GMS enough for all they do for me,” Mayer said. “I mean, they had a rocket ship for me, I can’t thank them enough for that. Drivers Edge Development, Chevrolet, Chevrolet Accessories for being on the car and bringing me out here in the first place, and giving me this opportunity to go win a K&N East championship.It means so much and I’m going to celebrate even more, for sure.”

In total, Mayer won four races and finished outside the top 10 only once in 12 races (South Boston Twin No. 2, where he left early due to a prior commitment). His average finish for 2019 wound up being an impressive 3.2.

The championship is also GMS Racing’s first in the series, coming in their first full-time season of competition in the K&N Pro Series.