NASCAR and ARCA announce format for 2020 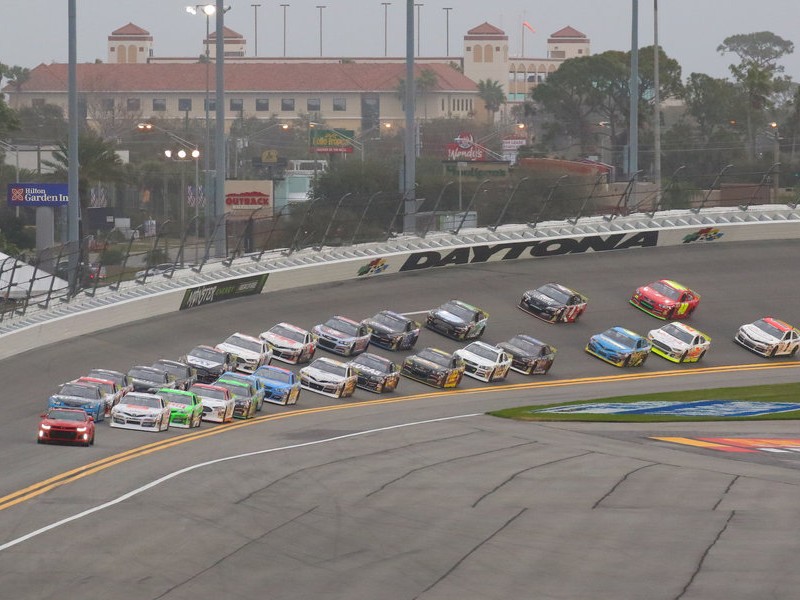 NASCAR and ARCA announced Wednesday a new championship format for 2020 that will see the continuation of three historic regional championship series and the coronation of a new fourth champion, all under the ARCA Menards Series banner.

The series provide an integral development step for young drivers who aspire to move up to the Monster Energy NASCAR Cup Series, NASCAR Xfinity Series or NASCAR Gander Outdoors Truck Series, as well as a highly-competitive professional level for short-track veterans.

They will also provide continuity to three of the longest running high-level regional stock car series in the United States.

The four championships will be:

• ARCA Menards Series East and ARCA Menards Series West will continue the traditions established by the Busch North Series (founded in 1987) and Pacific Coast Late Model Series/Winston West (1954) and currently competing as the NASCAR K&N Pro Series East and West. The series will feature an annual schedule of six to eight races and crowning of separate regional champions.

• ARCA Racing Series Showdown – Ten races within the larger ARCA Menards Series championship will feature the best of the three series coming together to crown a Showdown champion.

“We cannot be more excited about 2020,” said Brandon Thompson, Managing Director, NASCAR Touring Series. “Both NASCAR and ARCA have worked extremely hard over the last year to provide a rules package and schedule that will serve as the foundation for the preeminent series for racing at this level. It was important for us to move the series forward while creating an environment inclusive for both the current long-term owners and drivers in the series as well as aspiring competitors.”

“What first started as a friendship between Bill France, Sr. and John Marcum nearly 70 years ago took a momentous step forward today,” said ARCA President Ron Drager. “The amount of history and tradition these series are bringing together to form four elite championships for drivers is an amazing testament to the strength of this sport.

“We are proud and honored to be able to bring the ARCA sanction to the East and West Series; and we are looking forward to working with the race teams, tracks, media partners, fans, and sponsors that have helped those series achieve their long term success.”

NASCAR also announced if an East, West or current ARCA Menards Series car owner has a car that meets the 2019 rulebook, there will be a rules package that will allow them to compete in 2020.

The 2020 ARCA Menards Series will officially begin on Saturday, Feb. 8 at Daytona with the Lucas Oil 200 Driven by General Tire. It will mark the 57th annual ARCA visit to Daytona.

The Showdown will take the green flag with ARCA’s inaugural visit to ISM Raceway on March 6 as part of the national series’ event weekend in Phoenix, while the West will kick off the Las Vegas weekend with a return to the Bullring at Las Vegas Motor Speedway.

West dates also include traditional events at Irwindale Speedway, Sonoma Raceway and All American Speedway in Roseville, California, and will crown its champion at ISM Raceway in November. The East will race at Five Flags Speedway in Pensacola, Florida, as well as Toledo Speedway, Watkins Glen International, and again be part New Hampshire Motor Speedway’s annual Full Throttle Fall Weekend. The East season will culminate with the championship race at Dover International Speedway.

In addition to Daytona and Charlotte, the ARCA Menards Series schedule will include Talladega Superspeedway, Michigan International Speedway, Chicagoland Speedway and Pocono Raceway, and finish the season at Kansas Speedway on October 16.

Complete schedules for all four championships will be announced shortly.

The slate of races across the country provide an opportunity for drivers to focus on their regional championships or expand their racing plans and chase bigger prizes.