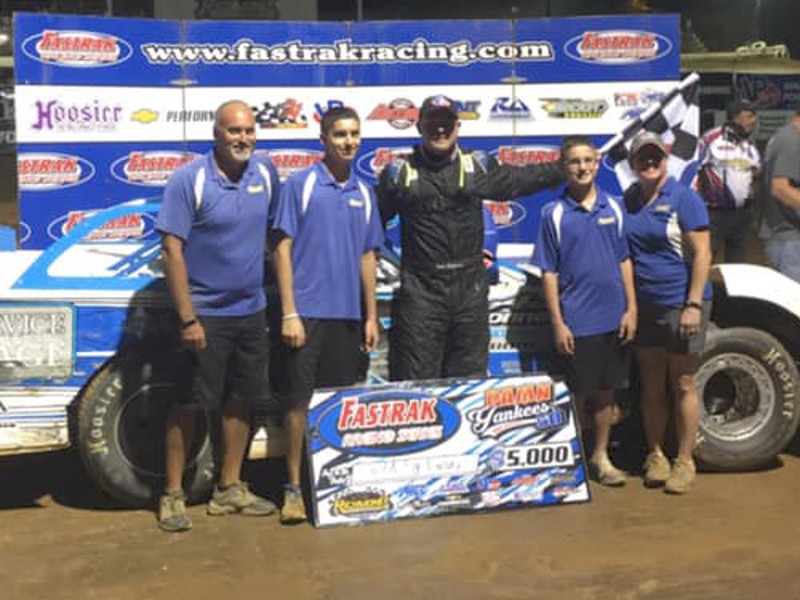 Coffman pocketed $5,000 for his first career series win after holding off defending race winner Zack Dohm to take the victory.

The race would be the perfect storm for Coffman, has he was the fast qualifier, won his heat and then held off the field for the win at the 3/8-mile clay speedway.

Coffman jumped out front early, but saw the race halted for a multi car crash on the front stretch. It started when the car of Elliott Despain flipped several times, collecting Jacob Curnette and Dustin Golden in the process. Fortunately, no one was injured, but the race was red flagged to allow for clean up.

On the restart, Dohm would try to get around Coffman, but could not complete the pass. As the laps ticked away, several cautions would com eout for cars with tire issues or spins. All the while Coffman held the top spot, and went on to the victory.

The FASTRAK Racing Series is back in action on October 11-12 at I-77 Speedway in Ripley, West Virginia. For more information, visit FASTRAKRacing.com.