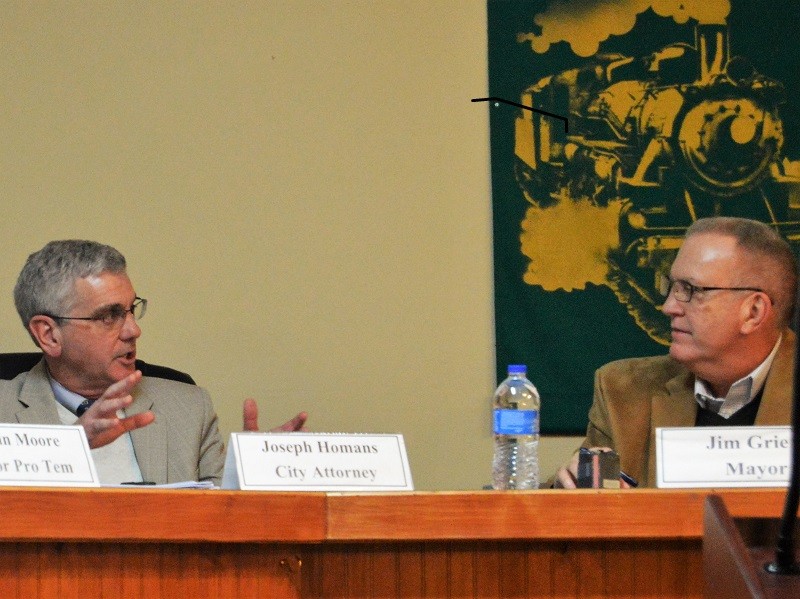 LULA – Even before the presumed winner of the Ward 1 Lula City Council Special Election takes office, the council is looking to the November election.

During its meeting Monday night, the council voted to change qualifying fees for council seats from $35 to $100.

City Attorney Joey Homans explained that the qualifying fee for each seat should be based on 3 percent of the annual salary plus any supplements.

“Now, since this will be a full term, they ran the average of what the council members have earned in the previous year — being ’18 — and ran 3 percent of that,” Homans said.

The Ward 1 seat will be filled by Matt Hamby upon certification by the Georgia Secretary of State’s Office, and Homans anticipates Hamby will be sworn in next month.

Because the Ward 1 seat will only be filled from February through the end of the year, council members had opted to keep the qualifying fee for that partial term at $35, the minimum allowed.

Homans also gave an update on the status of swearing in Councilman-elect Hamby, who ran unopposed and is therefore deemed to have voted for himself.

“The Code does not require us to go forward with an election but we still have to send the results in and have those approved by the secretary of state so that’s what we’re proceeding with and as soon the secretary of state accepts the results of that election then we’ll be able to swear our new member,” Homans said. “We’re hoping we can get this done in the next week to 10 days.”

The Ward 1 seat will appear again on the November ballot, along with the seats of Ward 4 Incumbent Garnett Smith and Ward 5 Incumbent Lamb Griffin for full four-year terms beginning in 2020.

Councilman Marvin Moore made the motion to increase the qualifying fees, which was seconded by Smith and passed unanimously.