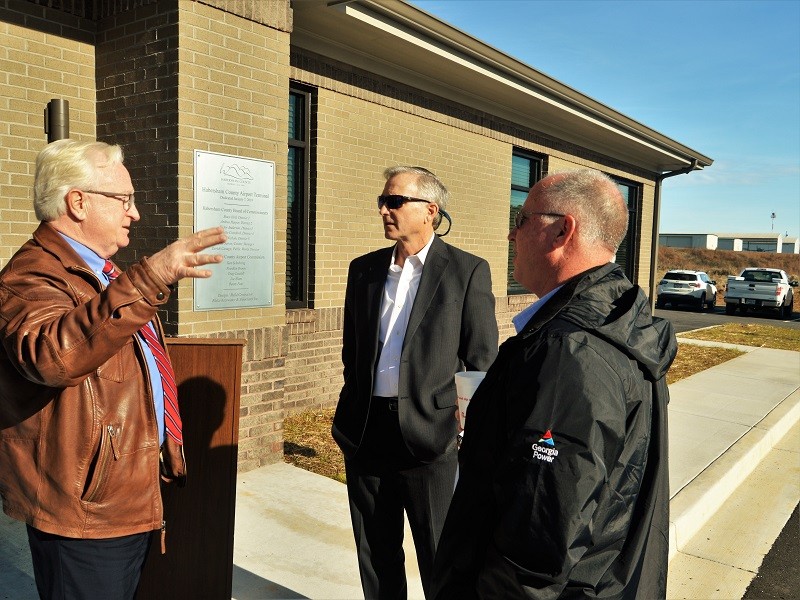 BALDWIN — The Georgia House District 28 Representative-elect isn’t letting a legal challenge of the election get him down.

Monday morning, Chris Erwin attended the dedication of the new Habersham County Airport Terminal Building in Baldwin and talked with officials from the county and its municipalities.

He also paused to discuss the upcoming legislative session, which begins next week in Atlanta.

“Jan. 14 is the swear-in date, and we’re looking forward to getting down there,” Erwin said. “This week is a very active week, too, because in all the counties we’ve got legislative meetings with the different breakfasts, and it gives me a good opportunity to connect with the people, hear what’s going on, and what we need to be doing.”

Erwin said he has spent considerable time preparing for the 2019 Georgia Legislature and is excited about getting to work for the citizens.

“I’ve been doing a lot of researching and a lot of meeting with folks down in Atlanta trying to get prepared for what’s going to begin really with swearing-in on Monday, and Tuesday right to work,” Erwin said.

Still pending is a legal challenge from Dan Gasaway, who has held that position since being elected in 2012, but Erwin said he and his legal team feel confident the election will stand.

“Right now, at this time, we feel very good,” Erwin said. “We feel like it was a fair election run and the people have spoken. We’ve got a date set for the end of the month to have that heard in the courts, and we’re ready to move forward with that.”

The case will be heard at 9 a.m. Monday, Jan. 28, in Banks County Superior Court with Senior Judge David Sweat presiding.