Athlete of the Week: Christian Charles - Chestatee from AccessWDUN on Vimeo.

(VIDEO) Athlete of the Week: Charles torches Fannin with legs and arm to ignite Chestatee 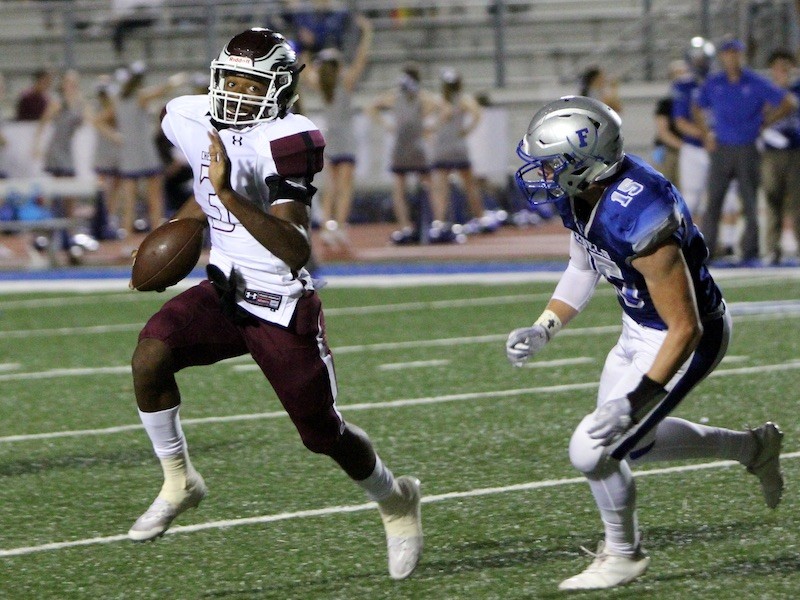 After a rough start to the season, Chestatee football needed a spark.

On Friday night Christian Charles helped start an offensive explosion that pushed the War Eagles to their first victory of the campaign, 45-42 at Fannin County.

The sophomore quarterback torched the rebels with his legs and arm, rushing for 338 yards and 5 touchdowns, while also completing 16 of 24 passes for 170 yards.

His work helped Chestatee overturn a 29-7 first half deficit and lift the War Eagles (1-3) to a win on the eve of the Region 7-4A season.

For his efforts Charles has been named the Conditioned Air Services Athlete of the Week.

Over the past two weeks, Charles has rolled up 1,030 total yards and 11 scores.

Friday Game Night and AccessWDUN sports editor Morgan Lee recently caught up with Charles to talk about his big night, Chestatee’s recent offensive surge and how the War Eagles are preparing for their region campaign.