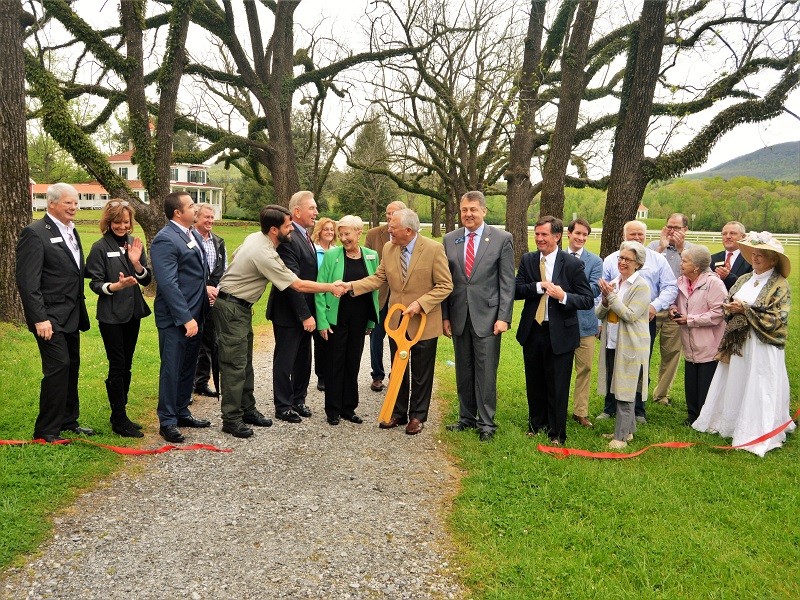 Gov. Nathan Deal shakes hands with Site Manager Will Wagner after cutting the ribbon on the Helen to Hardman Heritage Trail at Hardman Farm in Sautee Nacoochee on Thursday.
Rob Moore 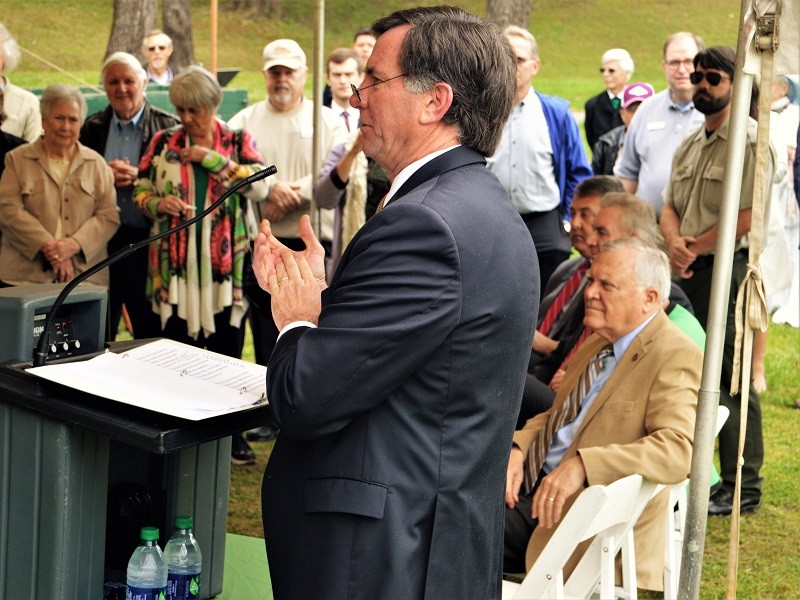 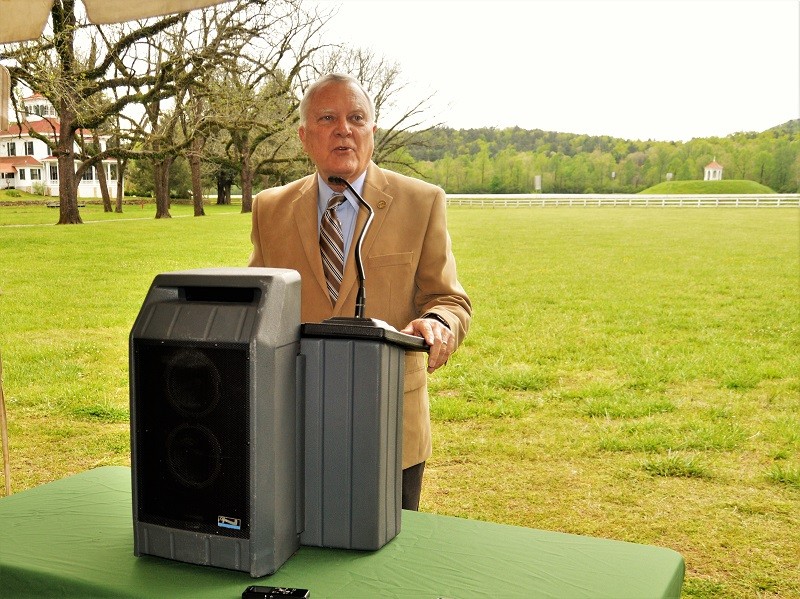 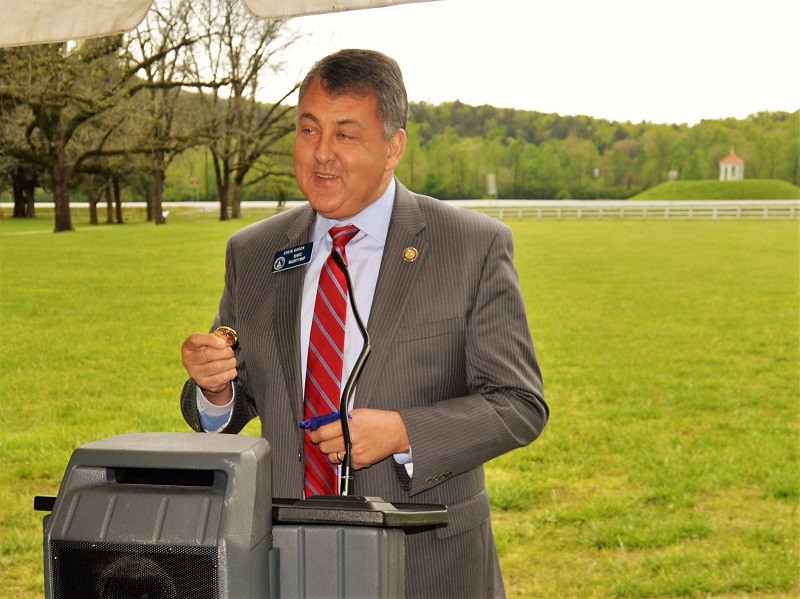 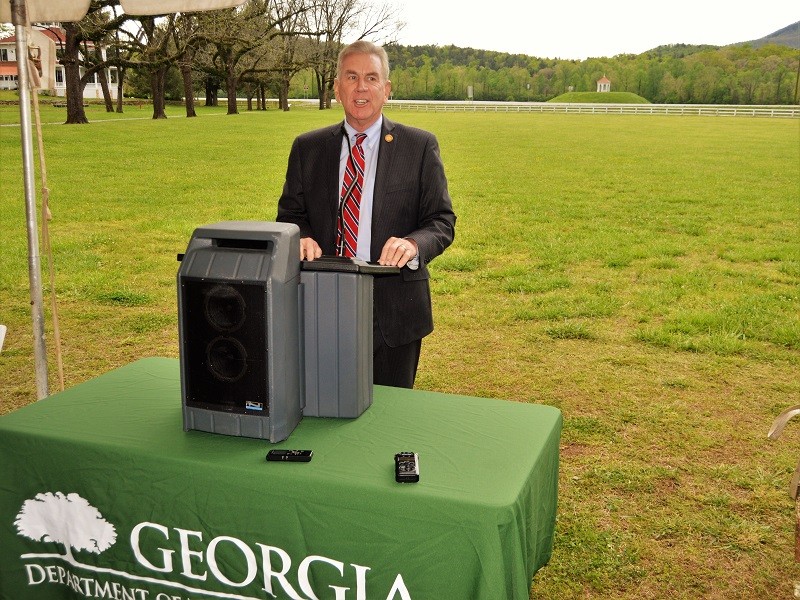 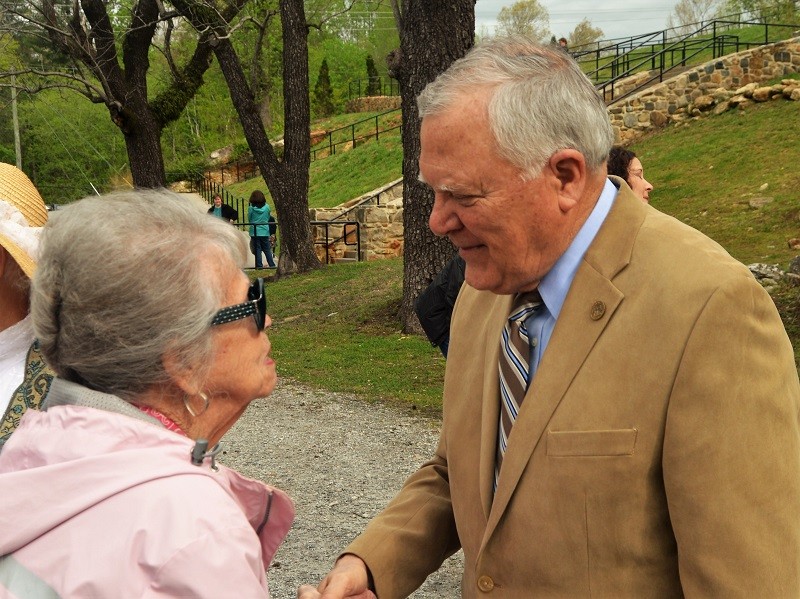 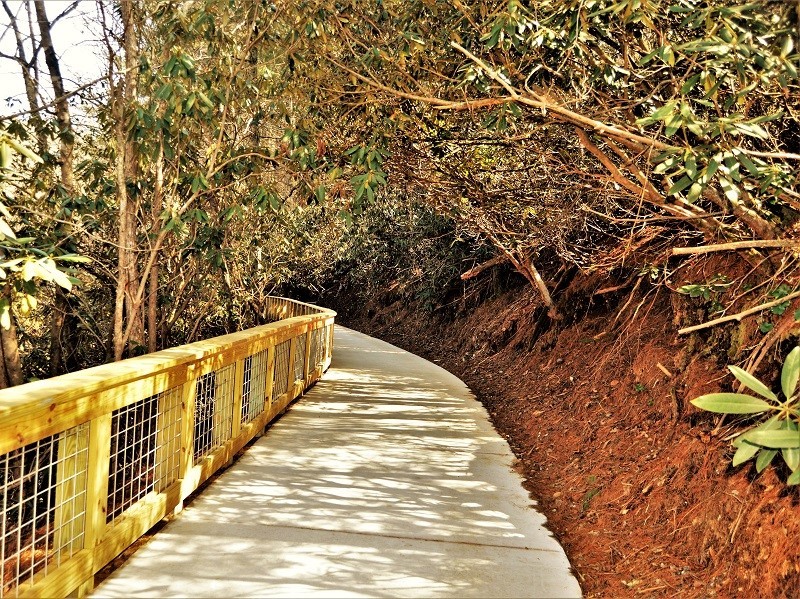 HELEN — State and local officials gathered Thursday to officially open the Helen to Hardman Heritage Trail along the Chattahoochee River.

Gov. Nathan Deal joined the festivities, discussing the importance of Hardman Farm to the local economy and as part of the state’s park and historic site inventory.

“This has been an asset of the state that has really been underused,” Deal said in an interview prior to the ceremony. “We have spent a considerable amount of money to improve it here, and I think it’s going to be one of the great tourist attractions in our state.”

The 4,400-foot ADA trail meanders along the Chattahoochee River from the 150-year-old Hardman Farm to Helen, tracing an old railroad bed used during the area’s logging and sawmilling days.

“It’s going to be a tremendous asset for those who want to come have an up-close look at the river and the mountains, and still be environmentally sensitive during the process, and that’s a good thing,” Deal said.

Along the way, there are four state-of-the-art interpretive panels with two-minute videos, Nora Mill and rock outcrop overlooks, and a boardwalk.

The multi-use trail does not allow any type recreational motorized vehicles, but is open for walking, running, bicycling, skating, picnics, birdwatching and wildflower spotting. Motorized chairs, wheelchairs and the like used for mobility are allowed.

Hardman Farm has nearly doubled its attendance from the time it opened in Fiscal Year 16 to the current FY18.

Attendance brings $589,239 to the local economy and supports six local jobs, according to Georgia Department of Natural Resources figures.

“This is a project that will continue to grow in terms of its economic impact to this community and to our state as a whole, but it will also be a project that will continue to educate not just young people but others who have no idea what the history of this part of the state is like,” Deal told those gathered. “It is an interesting history, one that has almost every facet of the development of our nation embodied in the context of what has happened here in this part of North Georgia.”

Sen. Steve Gooch recognized the volunteers who were part of the group gathered for Thursday’s dedication.

“The tourism that is here in this part of Georgia is hard to measure,” Gooch said. “It’s in the billions of dollars. This part of the country has so much history and heritage. We’ve got to protect it, so I think this property is going to be preserved for many, many generations to come because of all the work that you’ve done, but also the leadership of Gov. Deal.”

“This is a great project,” Rogers said. “It’s a great community effort, and it’s something we can all be proud of.”

The trail has been a cooperative effort of the Georgia Department of Natural Resources, White County and the City of Helen, with enhancements by the local governments on the Helen end of the trail that will link it to the city’s sidewalk system and the Helen to Unicoi Trail.

Most of the trail is eight feet wide, with a tree and foliage canopy. The trail can be reached from designated parking areas on Kollock Strasse off Edelweiss Strasse in Helen or from the Hardman Farm Welcome Center, accessible from 143 Highway 17, Sautee Nacoochee.