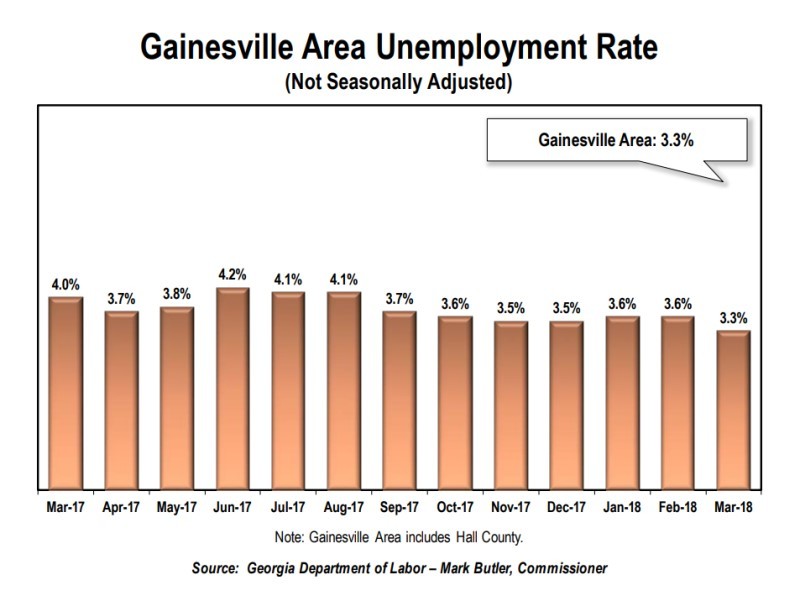 Gainesville ranked first among Georgia’s 14 metropolitan statistical areas with a 3.3 percent unemployment rate, down .3 percent from last month. The rate was 4 percent a year ago.

Butler said he believes Gainesville has been successful in the employment arena because of the diversity of job offerings.

"In some areas, you may see one area outnumber the other. With Gainesville, you have a very diverse area and they've done a very good job attracting companies to the Gainesville area, and not only attract them, but keep them," Butler said.

The area reported strong growth in trade, transportation and utilities.

Georgia’s 14 metropolitan statistical areas (MSA) had unemployment rates that varied from a low of 3.3 percent in Gainesville to Dalton’s 5.3 percent. All 14 trended lower in March.